Eric Prydz Gets Ready for EPIC 6.0 at Tomorrowland Festival

As if Eric Prydz couldn’t get any more creative and ‘outside the box’. Prydz will now be performing inside a giant glowing sphere starting this July. We’re here to tell you a little bit about how that’s going down. In just a few weeks, he’ll debut his latest Eric Prydz In Concert (EPIC) show. He’ll be pulling off his most grandiose performance yet in an LED sphere called EPIC 6.0: Holosphere.

Although the first EPIC was in 2011, Prydz has set the bar for something much more extravagant.

“Ever since we started doing EPIC,” Prydz says, “our goal has always been to try and blow people away, but in a way that they haven’t been blown away before at an electronic dance music event.”

He and his crew have been working on this for two years and will incredibly reveal it at Belgium’s Tomorrowland festival on Saturday, July 20th. As the sphere is eight meters wide, the festival grounds had to redesign their grounds in order to accommodate it. Prydz exclaims that it’s hard to present EPIC shows because most festivals can’t accommodate the sphere. And, although he says he loses a lot of money on this, using technology to create a unique experience is much more important to him.

Huge confetti cannons and flamethrowers are very primitive,” Prydz says of the usual attention-getting tricks. “I thought, we can do better than this. We can do something different and more exciting.”

They wanted to step up their game with 6.0. Prydz’s longtime collaborator explains,

“Getting rid of holographic trickery seemed like the next logical step for EPIC….“All these [EPIC] shows have been amazing,” he says, “but at the end of the day they were two-dimensional projections.” Using a physical sphere not only provides actual depth but will let the audience see the Holosphere’s larger-than-life visuals from all sorts of different angles without any distortion.”

Apparently, the show doesn’t stop at just the sphere. Much more that will be brought to life.

“The physical sphere is only half the story. There’s also the animations, lighting, and visual effects, all of which bring the Holosphere to life. Throughout the course of the show, the sphere’s original animations will include everything from the tiniest of molecules to immense galactic forms.” 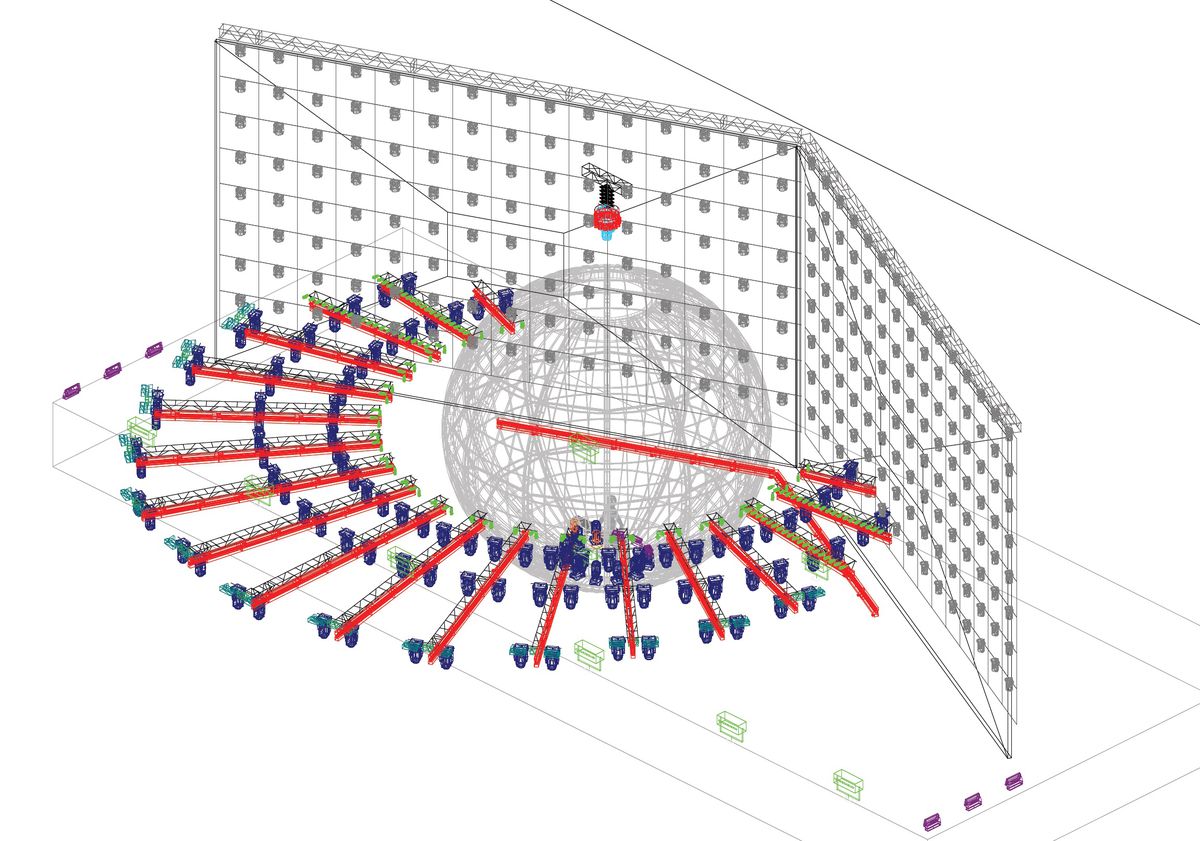