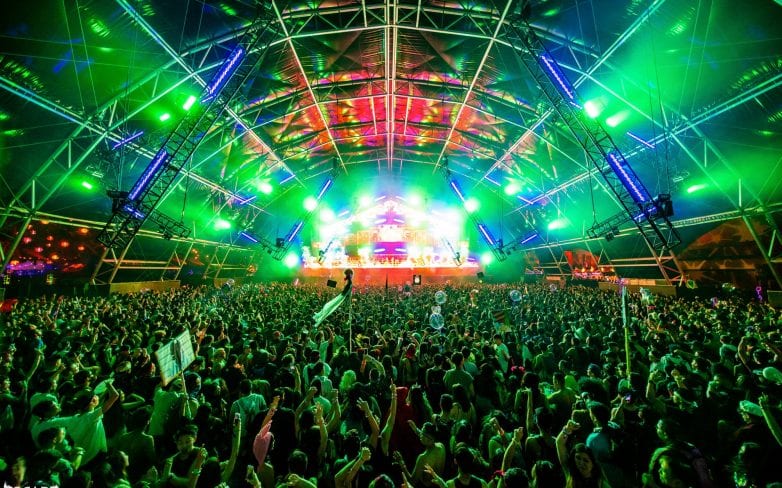 Insomniac Events, the production team behind Electric Daisy Carnival in Las Vegas, is stepping things up for this year’s annual ‘Escape’ Halloween festival in Southern California on October 25th and 26th.

Announced today, Escape 2019’s main stage will be “the largest megastructure in Insomniac history.” The megastructure is a massive enclosed structure that has had its share of appearances at festivals around the world, like at Ultra, Coachella and more. However, Insomniac always takes the structure to the next level with cutting- edge lighting and visuals.

Insomniac is debuting 4 new stage designs at this year’s Escape festival, a welcomed surprise for the regulars that have been attending Insomniac’s Halloween-themed event for years. Insomniac even says this year’s megastructure will be bigger than the megastructure at EDC Vegas.

Don’t miss out at one of the scariest events of the year! Check out the announcement of the new stage below.

Tickets for this year’s festival are still available here while supplies last.