Avalon Nightclub in Hollywood, CA has always been a historic venue home to some of the biggest acts within the EDM community. As February kicks off, Avaland (Avalon’s weekly Saturday night event) welcomes Ben Gold and Sean Tyas this weekend for a show set to full the hearts of trace fans far and wide, a great way to start off the monthly. 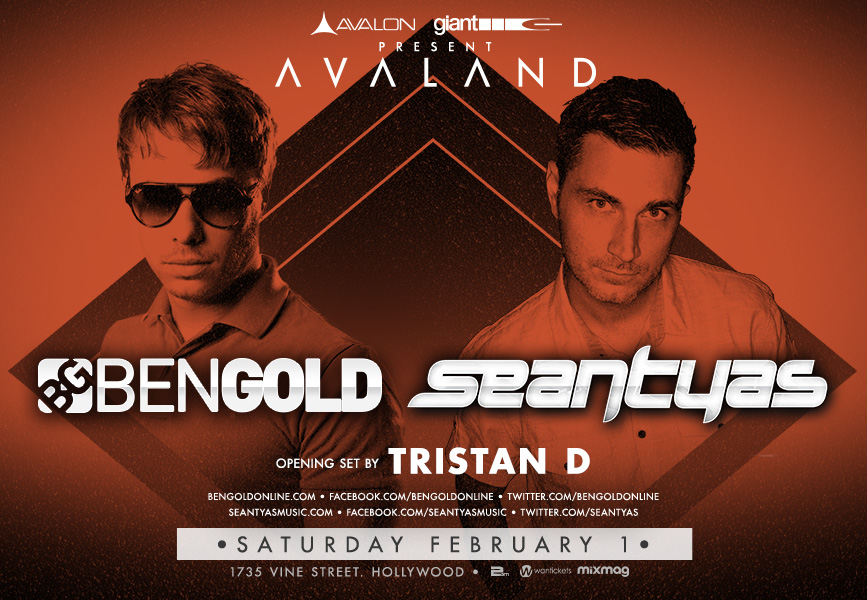 Ben Gold, known for hits such as “Kinetic” and Tritonal & Sibicky’s remix of “Suzu”, arrives at Avalon this upcoming Saturday for a show that will leave you wanting more than you could ever want. Coming off a tour from playing big room venues from Miami to Ibiza, Ben Gold brings his unique trance sound known for captivating audiences alongside his distinguishable podcast with you can catch on his Soundcloud page. On January 31st, Ben Gold’s latest tack “Thriller” appeared on Armin van Buuren’s A State of Trance: Episode 650. Using his mesmerizing transitional sets, we’re expecting to hear more than just one variety of trance, which makes Ben Gold stand out from all the rest.

Joining Ben Gold this weekend at Avaland is the one and only Sean Tyas. Sean Tyas is an American-Swiss DJ and electronic music producer from Long Island, New York. Having worked and produced with other huge trance pioneers such as Armin Van Buuren, Dash Berlin, and Above & Beyond (just to name a few), this rising star is set to bring his electro-tech and unique trance sound to one of LA’s most captivating venues without holding back. With recognizable melodies such as “Lift” and his newest collaboration with Darren Porter “Nova 7” (out now on Beatport); expect to get swept away into a musical world which can trigger a sense of emotion the way that Sean Tyas has uniquely been able to do.

With the start of a new month, the crowd will be in for a trance and electro show full of good energy, bright powered lights, lasers, and of course music to full your hearts all thanks to these two astounding producers.

Tickets are still available for purchase from WANTICKETS here