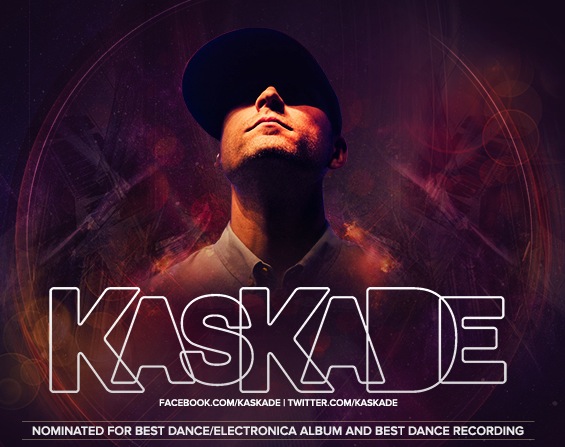 Residing within the city of Los Angeles beholds a few special perks; besides sunny and warm 80 degree winters (we’re looking at you mid and east coasters), the city is blessed to hold some of the most spectacular events year after year. As most music enthusiasts know towards the end of January a particular event that honors some of the greatest acts in music is held in the city, the Grammy Awards. This year brought an honor of electronic music artists from far and wide (with some of them holding quite the number of nominations in various categories) one of them being Kaskade.

Kaskade (a resident of southern California) has mentioned before in previous interviews how he loves playing in the city as it’s unlike any other in the world with a very welcoming mix crowd that truly embraces him at any chance he’s scheduled to play. As a precursor to the Grammy Awards weekend, on Friday January 24th Kaskade decided to throw a surprise event alongside DJ Vice at one of the most sought out venues in town, Create. A venue that caters to an upscale crowd from different walks of life; Create has always been a welcoming venue for an intimate setting with your favorite artist both big and small.

From the pervious visits to Create, walking into the venue on that Friday night we automatically noticed that the venue had made a couple changes over the past few weeks to accommodate the larger crowds, which at times can be overwhelming. The air conditioning for one had been turned all the way up. At times throughout the night we pointed out that the club was cooler inside than it was outside in the open air back patio, which in my opinion we believe is a huge plus especially when an energetic crowd has been dancing nonstop for a few hours.

Starting out the night for us was DJ Vice. We must admit this was my first time seeing Vice however we’ve heard great things about his sets and have noticed how he’s a crowd favorite in Las Vegas (as I make a few trips out there a year). Sure enough he quickly earned a top spot on my lists of DJ’s who took me by surprise. Starting off the night with his deep house into electro to progressive house opening set, Vice pampered the crowd with dynamic hits like “Born to Rage” and “Sundown”, all crowd favorites. Mike Taylor even made a cameo as he performed his and DJ Vice’s hit “The World is Our Playground”.  One thing I really liked about his set was his track selection was right on point: enough to get the crowd energized, set, and ready for the man of the night (Kaskade) to grace the DJ booth, closing off with Goodwill & Hook N Sling’s club mix of “Take You Higher”.

At around 12:30 am Kaskade appeared before the crowd of enthusiastic partiers that long awaited his arrival back into the city (some paying even $100+ dollars just for a ticket into the venue that night). With a sold out venue in front of him, Kaskade’s moment to shine started with confetti raining down on the crowd as “Smile” by Galantis threw everyone into an atmospheric dancing mode. As Kaskade progressed throughout the night he dropped his own remixes of “Feeling the Night” as an orange lit disco ball illuminated the crowd, “Young and Beautiful (Kaskade remix)”, to “Last Chance” as the led wall behind the DJ displayed images of distant galaxies and stars in our space “Atmosphere.”

Kaskade is in our opinion one of the few DJs that really envisions himself with the crowd in terms that he will give the show-goers that bang for their buck; keeping the energy going while mixing up various other genres of house. Hints of tribal house and a mix of other crowd-pleasing melodies like “Center of the Universe” amplified the crowd’s ears. We will point out though for a sold out show… it did not at times feel like it. The club (as previously mentioned) stayed cool with the AC on full blast, with additional CO2 vents placed on four major angles of the dance floor (helped shoot cold air into the dance floor) and there was enough space to actually find an area to dance and move around freely; a sign of good crowd control provided by the security looking over the safety of the venue, staff, and its attendees. Even with the VIP booths surrounding the dance floor, I could see that the people in them were generally pleased with the crowd not trying to push into their areas as previous occasions have shown otherwise.

Around 2am when most of the clubs start to empty out, Create was far from calling it a night. Kaskade began one of his well-known deep house sets. Starting off with a deep house version of “Eyes”, the man of the night continued a mixed set of house, deep house and mesh of electronic melody session up until the closing of the venue.

With Kaskade we always feel at home because of the person he’s always been: a musical genius that knows how to communicate with his fans; not just through social media but through his music, vocals, and the positivity that surrounds the stigma behind the shows he plays. As the Grammys weekend kicked off in Los Angeles; Kaskade metaphorically played various genres of electronic music as also a symbolism for what the Grammy’s stands for: a celebration of different kinds of music under one roof.

As always, a huge thank you to Kaskade, his team, and especially Create for having the EDM Maniac team in attendance, it truly was an experience. We look forward to many more memorable nights at Create and with Kaskade as 2014 continues.