Ever After Update: 5 Things to Look Forward to at EA 2018 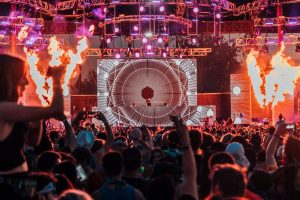 As the main event gets closer, Ever After Music Festival in Ontario has announced some major new updates and changes for this year.

EDM Maniac recently had the chance to speak with festival organizer and President of Beyond Oz Productions Inc., Gabriel Mattacchione about why Ever After 2018 will be the best event yet.

“Our goal is to make Ever After bigger and better every year,” Mattacchione explained. “From stacked line-ups, bigger stages, to unforgettable performances, we want to make this festival the ultimate weekend getaway for music lovers everywhere.”

Here are a couple reasons why Ever After 2018 will be the most memorable one yet: 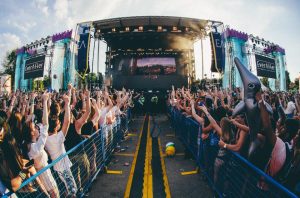 1. Contests to hang with the artists

How would you like to have the chance to play Super Smash Bros with Slander? Watch Illenium’s set from the stage? Play beer pong with 12th Planet, Borgore and Svdden Death? There are just a few of the meet and greet contests and once-in-a-lifetime experiences Ever After is offering for festival-goers. To enter these contests, hop over to their Instagram or Facebook and tag a couple friends! 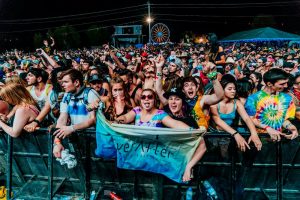 After previous quarrels with the surrounding community about sound, Ever After organizers have come to a solution that is sure to keep community members happy without turning down the volume. Actually, they’ll be turning it up…

Ever After has partnered up with PK Sound for the 2018 event to help provide an uncompromising sound experience at the festival.”PK Sound will be implementing their newest technology which will allow sound engineers at the festival to manually control the direction of the sound and concentrate it to the area within the festival only,” a recent press release explained. “Engineers will be able to control sound from the front of the house, allowing them to control sound in real time.”

“Our team has been working diligently alongside the city of Kitchener to combat resident concerns regarding noise,” Mattacchione said. “The new PK sound technology will also make sure the festival experience isn’t compromised in any way. This is a win-win for us.” 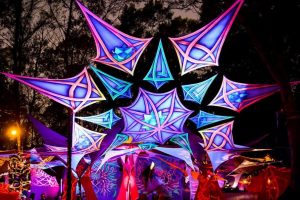 One of the coolest parts of Ever After goes beyond the music. The festival team has worked tirelessly to create a dream playground for festival-goers to explore. According to Mattacchione, this year will feature “a bigger stage, bigger rides, more games and MORE camping! We build something special every year, and this year will be no different. Look out for some additional activation areas as well.”

Here’s what to expect this year at Ever After: 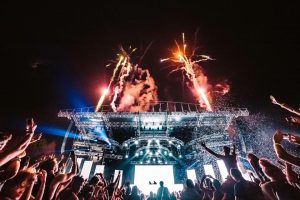 After seeing the initial lineup for Ever After, I was totally convinced. But recent announcements have made it even better (yep, that’s possible). Festival organizers have extended the lineup, featuring a special Downlink and Space Laces B2B performance. That’s in ADDITION TO big-name performances from Excision, Claude VonStroke, Flux Pavillion and dozens more.

The depth of this lineup is insane; and hours of time and consideration were put in to make it that way. “The artist bookings are a mixture of things that make somewhat of a formula – we listen to our fans and see what they want us to bring. We then add in some personal tastes and opinions, add some market research on music trends and you get our lineup,” Mattacchione said. “We like to always have some up-and-comers on the bill as well, to give a platform for new artists to show what they got on a big stage with lots of eyes watching.” 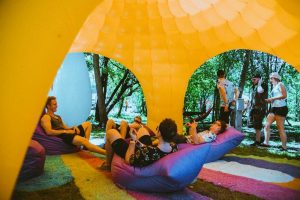 5. Experiencing the “happily ever after”

Even though ever after has only been in operation for a few years, you would never guess that. Since the festival’s inception, organizers have improved on every aspect of the event.

“Ever After was a mesh of multiple brains sitting around a boardroom table, wanting to create something that truly reflected the electronic music scene,” Mattacchione explained how the festival was begun. “We wanted to cater to the patrons and the community and put them at the forefront of this experience. We wanted to create an adult playground and fantasy world built for people to vacation to. We want to deliver a “happily ever after” every year, so the name came naturally.”

“Our mandate has always been about giving festival goers the best experience possible. I believe we have so far and look forward to growing it more every year.”

Ever After Music Festival will take Kitchener, Ontario, Canada from June 8 to June 10. A limited amount of tickets are still left so grab yours while you still can!