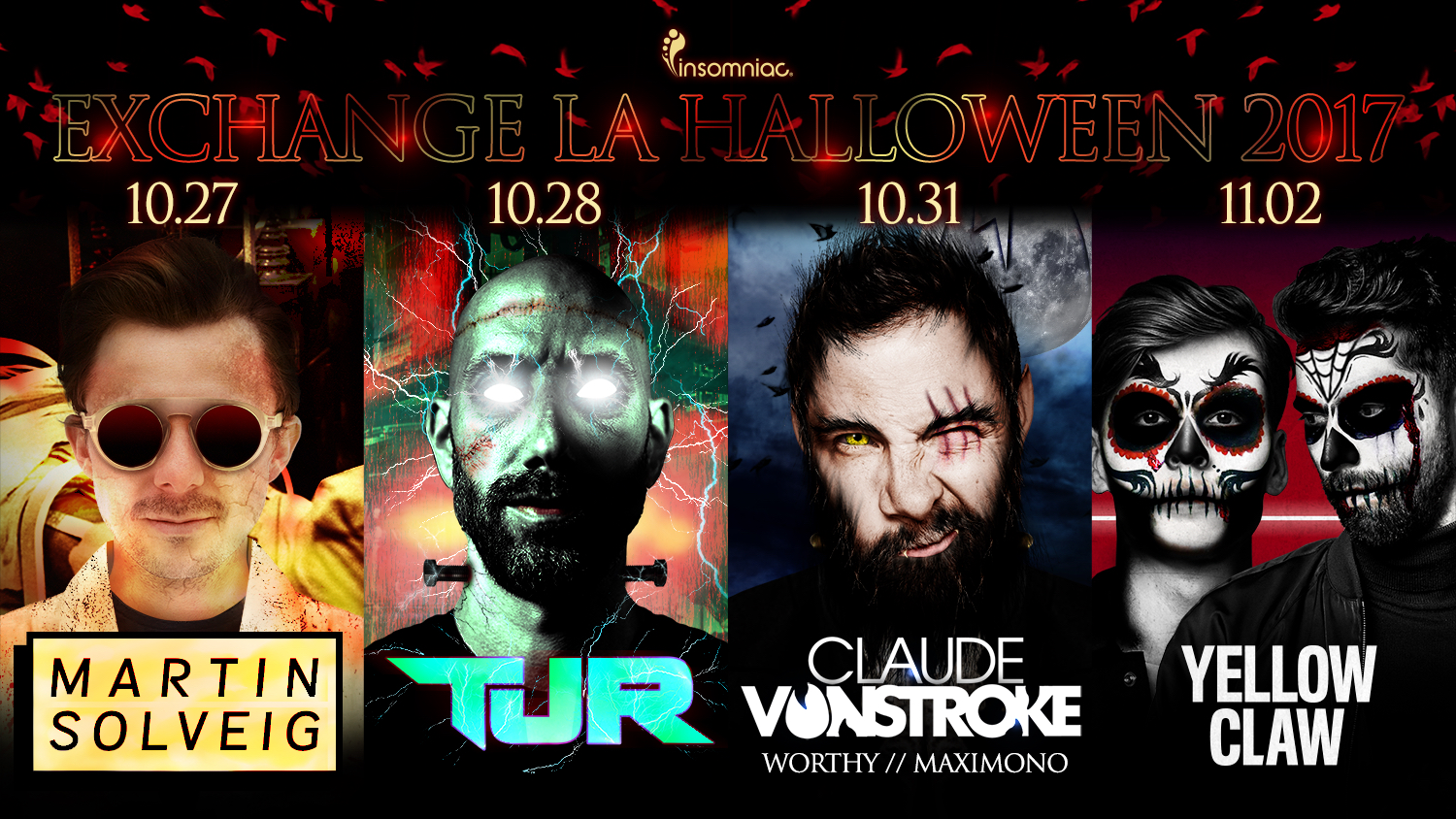 Need Plans For Hallo-Week? Exchange LA Has You Covered

Halloween is a very strange holiday. Other than the inherent strangeness of wearing a costume in public, it’s one of those traditions that’s validated by department stores rather than history. Sure someone could Google how Halloween came to be, but now it’s a tradition based entirely on having fun.

No employer in the world gives workers the day off for Halloween. Yet even if the spookiest day of the year falls on a Wednesday, thousands of fictional characters will roam the streets looking for candy, and perhaps a little mischief on the side.

Unfortunately for adults, trick-or-treating is generally frowned upon once you’ve turned 18, so they have to find other places to dress up. On top of that, adulthood usually comes with a job. So most adults can’t go out on a Tuesday night and come home Wednesday afternoon.

Well lucky for the adults looking to get their scare on this Halloween, Exchange LA has put together not one, not two, but four nights of Halloween festivities.

Starting Friday, October 27, adults looking for some freaky fun will have four chances to bust out their best costumes and their best dance moves in one of the best clubs in the country. What’s even cooler is that each night hones to a different genre of dance music.

First up on Friday is Martin Solveig. He’ll be bringing his signature French grooves stateside for a night of European fun.

Next up Saturday is the bounce king himself, TJR. TJR is a familiar site at Exchange. He always plays at least 3 times a year, and he even played the club’s 5-year anniversary party. It’s clear that he loves playing there, and it’s safe to expect some surprises from a Halloween weekend set.

Then a couple nights later (bartenders and bouncers need weekends too) comes the big night. Halloween may be on a Tuesday this year, but that didn’t stop Exchange from bringing one of the best DJs in world to lead the fun: Mr. Claude Vonstroke. A couple years ago, Claude had a residency at Exchange. Justin Martin did too, and they would often bring their Dirtybird friends to their shows. Now because of radius clauses and other such obstacles, it’s rare for the birds to grace the decks in LA. And now that Dirtybird campout is out of SoCal, LA has been ready for a Dirtybird function for a while. The fans know it, Claude knows it, and with Worthy and Maximono by his side, this will be a function to remember.

That’s three awesome house bookings for Hallo-week at Exchange, but those who aren’t into house shouldn’t fret. On Thursday November 2, Just two days after the birds fly the coop, Yellow Claw will be in the mix to test Exchange’s foundation with a night of rumbling bass. That night is Dia De Los Muertos, or “The Day of the Dead.” Hopefully Yellow Claw won’t take that title to seriously and decide to zombify the audience with a barrage of 808’s. Then again, maybe they should.

Tickets for all four of these events are still available at exchangela.com