Earlier this year, Excision announced that both Bass Canyon and Lost Lands would proceed as planned unless it was deemed unsafe at the time of the event. Now, Bass Canyon is the first festival (out of Excisions two festivals) to announce their bass-filled lineup, and it’s full of top-tier names including 12th Planet, Hekler, Liquid Stranger, LSDREAM, Subtronics, and Sullivan King, amongst others.

Bass Canyon’s two-day event will take place from Friday, August 20 to Sunday, August 22 at The Gorge Amphitheater in Washington. Although previous Bass Canyon lineups have included incredible lineups, we believe that this year’s Bass Canyon lineup is one of the best ones yet. Not only does it include tons of amazing performances, but it also features an Excision Detox set and a Downlink DNB set.

Tickets for Bass Canyon are available now and can be purchased here. 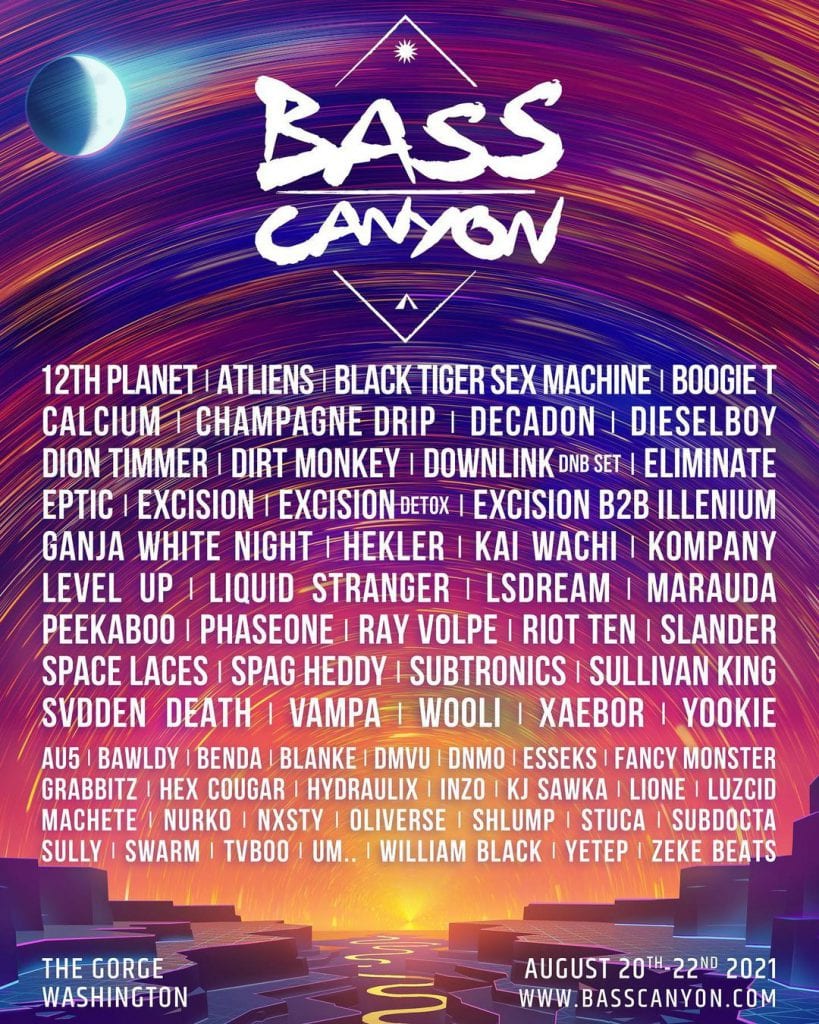