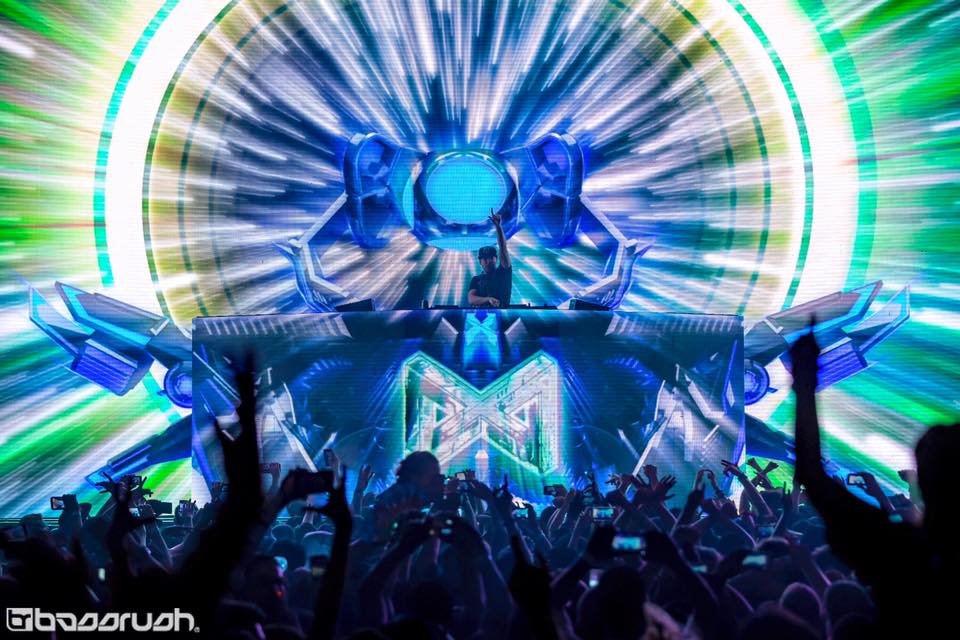 You know you are in for an amazing night when you show up to The Palladium and see Bass-heads galore ready to blow out their eardrums and relentlessly head bang their night away. There was so many people the line curved not once, but twice around the Palladium. That can only be expected from a show nearing 4,000 people that was sold out weeks in advance.

Excision’s Paradox run easily takes it for the most monstrous set I have experienced in 2016. Never have I stood in front of speakers (outside of a festival) that we’re packed with so much power you could feel your entire body tremble making you weak at the knees.

I looked down to chug some of my Moscow Mule before I noticed there was a chunk of something in my cup. That my friend was paint that had been blown off by The Paradox’s power straight from the ceiling into my cup. Talk about heavy bass.

Next thing I know there is a huge circle pit forming to my right with about 20 dudes wearing Funtcase long sleeves throwing their arms around like maniacs. Here comes Yultron’s remix for Jauz & Pegboard Nerd’s Get On Up and oh man did everyone go on up. Craziest pits I have ever seen fueled by all kinds of bass music frenzy.

At this point it just never stopped. There was no downtime and it was the greatest feeling ever.

The visuals immediately captivated you and left you with no choice but to succumb to the extreme sensory experience brought by Excision’s pristine LED panels that encompassed the entire stage area behind him.

Shout out to his Visual team for assisting in creating this one of a kind experience. This was far beyond your typical visual loops that play for minutes at a time with a couple of strobes to create the expected rave ambience.

Each and every single visual displayed was custom made for The Paradox and you can see some serious quality at the heart of it all. As the bass dropped, his visuals followed in sync appearing to be creating the thumping bass kicks and high pitched snare drops throughout some songs. It was a visual vortex that sucked you into another dimension and created a story line to accompany this episode of Dubstep madness.

The Paradox makes for one of those tours you will talk about for years to come and if you still have the chance to make it out, DO IT. I can promise you that you will not regret it, rather, you will fall into the dark feeling you can not shake off that we all call FOMO. Don’t be that guy. Get your dose of Dubstep the right way.