It’s been a long time coming for FuntCase and the DPMO family. FuntCase released, DPMO: Vol. 1 back in 2017 and has since released two more mass compilation albums, DPMO: Vol. 2 and DPMO: Vol. 3. All of these compilation albums have been filled with some of dubstep’s most prominent rising stars including Versa, Jkyl & Hyde, Yakz, and many more. FuntCase has continued to grow the DPMO brand by giving young artists a platform to display their talents and has also started a successful clothing line for the brand, however, the brand will no longer be just a brand. FuntCase announced last month on his social media accounts that the brand has now created its own record label, known as DPMO Records.
Alongside the announcement of the new record label, FuntCase recently released an EP with some of the DPMO artists titled, ‘Corruption.’ FuntCase appears on every track and features joint collaborations with Versa, Yakz, Jkyl & Hyde, and Stoned LeveL. The four-track EP is full of heavy hitters from some of bass music’s most prominent rising stars. The announcement of the new record label was backed by FuntCase teaming up with Bassrush to host a DPMO label launch party on Insomniac’s Twitch.TV channel which took place last month.
Additionally, FuntCase and DPMO recently announced their upcoming release which will be a brand new Versa EP that will be available starting January 27. The recent release will only be the second project to be released on the new label. FuntCase and the DPMO family had a tremendous amount of success in 2020 and they are already looking to hit the ground running in 2021. We are extremely excited to see the progression of the newly established record label over the course of this year and are also looking forward to all of DPMO’s upcoming announcements.
We were able to catch up with FuntCase to talk to him about his recent releases, his career, and advice he has for up and coming artists who are trying to break into the industry. 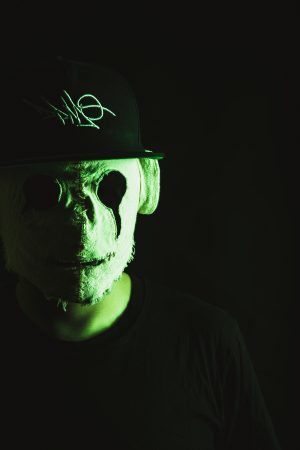 'In The Name Of Love' Hits One Billion Streams On Spotify