Acclaimed Dutch DJ and producer Ferry Corsten has announced that new music is on the way for his now solo trance project Gouryella. For those unfamiliar with this trance superstar, Gouryella was a project that began with a collaboration between Ferry Corsten and Tiesto in 1998. After Tiesto went down a separate path, Ferry Corsten took over the project as his own in what is now an alias used for his pure trance tracks and sets. Considered a pioneer in trance, Ferry is well-respected throughout the electronic music community with the production of unique tracks under various aliases including System F, Moonman, Pulp Victim, and Gouryella.

This announcement for new music under the Gouryella alias has been long-awaited amongst Ferry Corsten fans. The last time the beloved artist released a track under this alias was back in 2019 with his single “Surga” via his label Flashover Recordings. Corsten made the announcement last week on Twitter with a photo of himself and his two pet parakeets (jokingly referred to as his “ghostproducers”). This news follows the release of his latest track “Free,” which was produced as a collaboration between twenty-two of his fans to produce an entirely unique track to benefit World Health Organization (WHO) amid the coronavirus crisis.

As trance fans around the world await the release via Gouryella, stay tuned for updates and additional releases from Corsten! 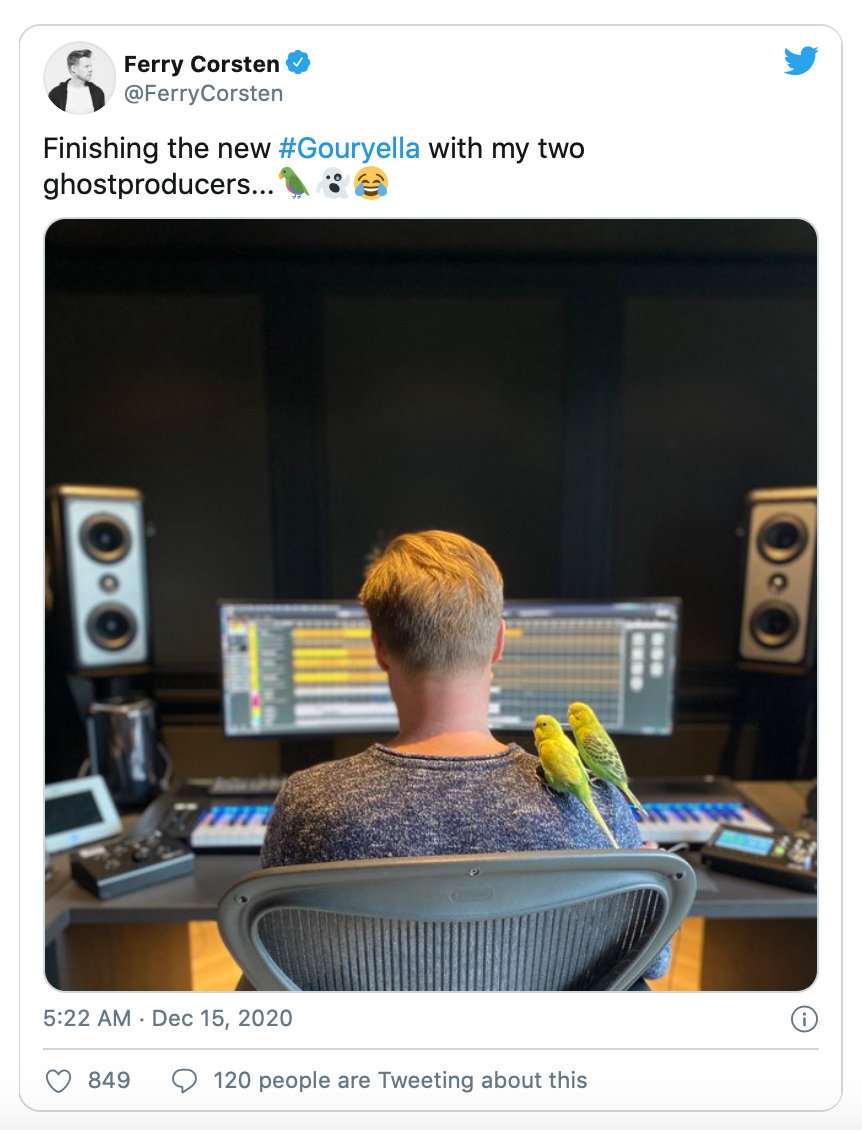