Countdown NYE has been Southern California’s biggest New Year’s festival for years, and the alien-invasion-themed event returned to San Bernardino once again for its seventh year this past December.

EDM Maniac had the honor of attending the event to capture the essence of one of the last festivals of 2022. Read to see how th extraterrestrial experience played out:

Though the weather was not in their favor, festival attendees remained in high spirits. The first day of the festival was not nearly as crowded as the second, but people still brought the energy. There were many first-time ravers, long-time ravers, and people outside of the EDM community who wanted to party for the holiday.

People were mostly polite when navigating through the crowds until it started to rain heavily. When the rain started to pour, people tried to take shelter and pack into the tented stages. People even tried staying dry in some of the art activations.

However, though there was heavy rain on the second day, most people didn’t let that stop them from ringing in the new year at Countdown NYE.

When it comes to out-of-this-world production, Countdown NYE does it all. This year, Countdown NYE’s festival layout got a makeover. It felt like there were more photo-opp areas than the previous year and attendees took advantage of them, which was great to see.

Insomniac added a brand-new bridge over the water to help with the flow of traffic and added the first-ever indoor “Galaxy Mall”, where you could run into a few extraterrestrials. There were many alien performers and dancers that interacted with guests and put on a show. The Galaxy Mall also had secret rooms that you could also go into if you talked to the right aliens.

There were fewer rides this year, as there was no Ferris wheel. The Ferris wheel was replaced with an area called the “Landing Zone” which was an area with table benches with heaters for people to rest and keep warm. However, these were not usable when it began to rain because there was nothing above it to keep the seats and heaters dry.

The stages felt pretty standard, though the Area 51 and the Twighlight Zone stages got a noticeable upgrade. There was confetti, lasers, and pyrotechnics that embellished the artists’ performances and immersed the crowd in the experience.

The VIP area at the mainstage had photo-opp areas, an indoor and heated lounge area, and an IV bar. A dome-shaped stage covered in fire, called Incenderia, was a great addition to the festival. This is where people got to enjoy music from smaller artists while also staying warm. 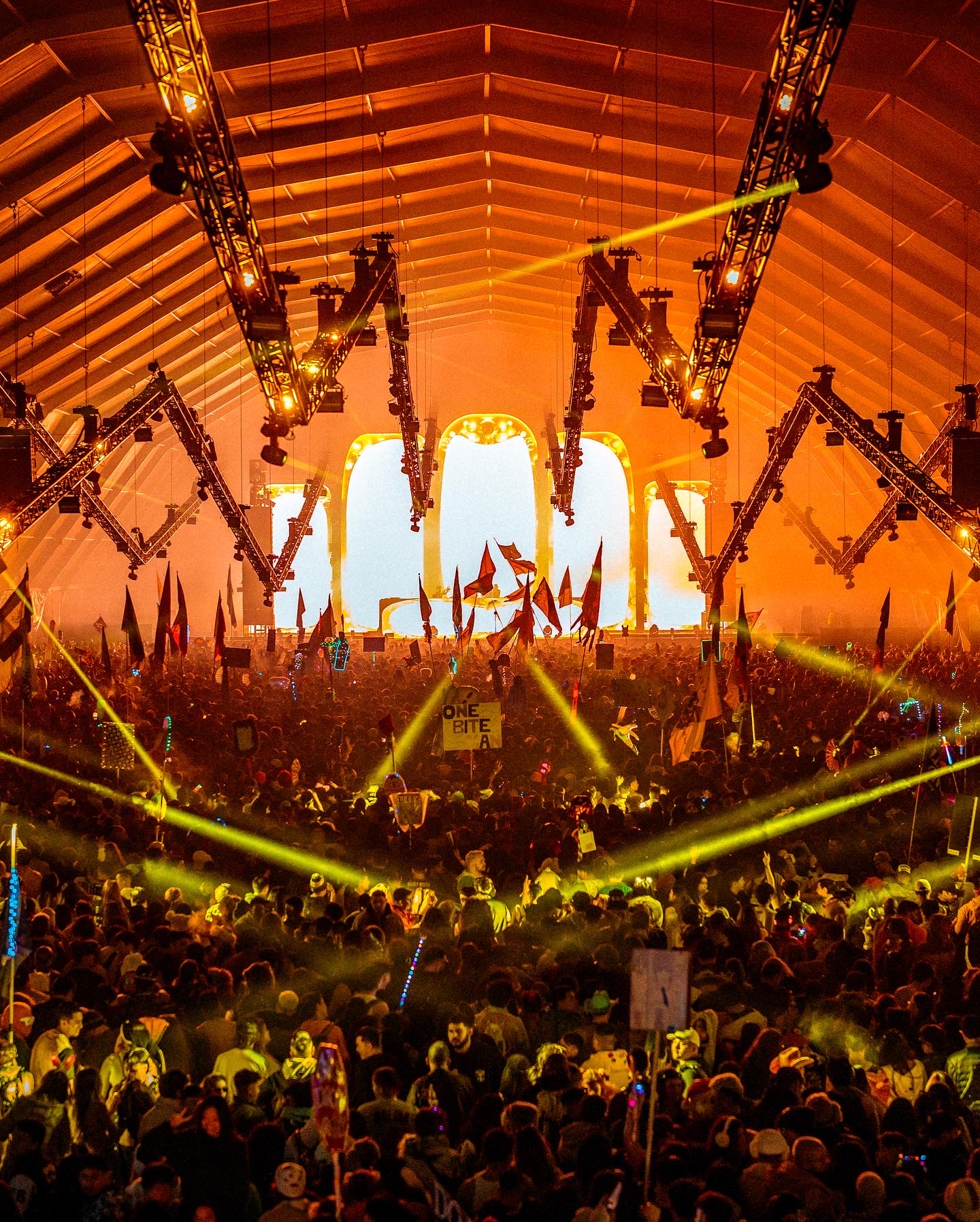 The lineup for Countdown NYE was as impressive as ever. Some of the most notable artists include SLANDER, Eli Brown, Green Velvet, Galantis, deadmau5, and more.

There were a couple of artists that weren’t able to make it to their sets like DJ Snake, however, Countdown made up for it by including a rare back-to-back set with SLANDER and Sullivan King. There wasn’t a wide variety of genres, but each artist brought their A-game to end the new year right.

Countdown NYE has been hosted at the NOS Event Center for years. It is where Insomniac hosts most of its Southern California festivals. We usually give the venue a B/B+, however, this year, we faced rainy weather that affected the venue.

The second day of the event had pouring rain that made the grassy areas very muddy and the uneven terrain created puddles. Though the weather is out of the festival host’s control, they could have combatted the forecasted weather with more covered areas and maybe a tarp on the grass.

Despite this, the venue was decked out in picture-worthy decor and the space was utilized very well. The layout was simple and easy to navigate, and the parking situation was not too bad.

An important thing to note is that one of the parking lots was flooded which was not ideal for some guests to come back to after the show was over. There were also increased car break-ins, which future guests should be cautious about. 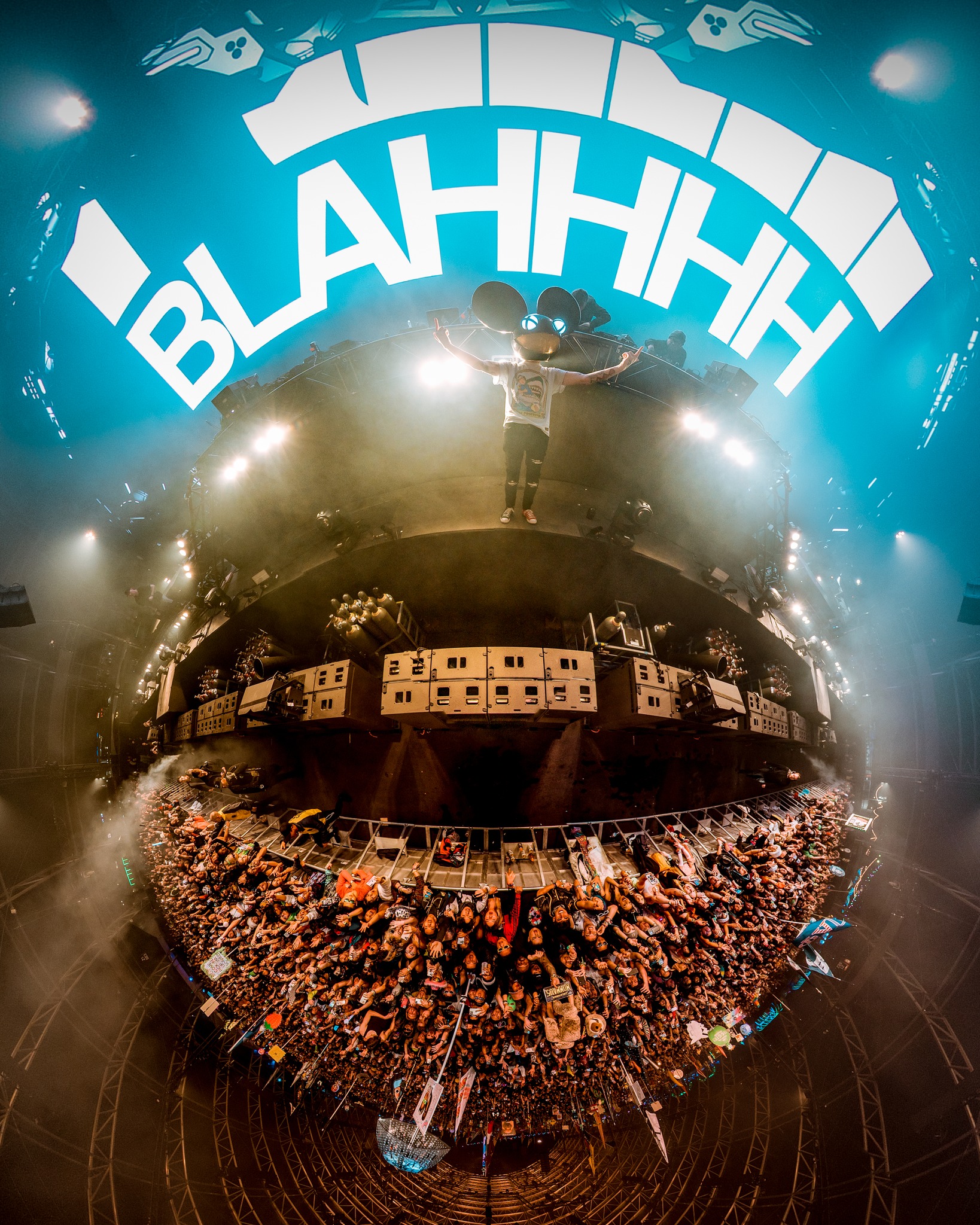 Overall, there were mixed feelings about Countdown NYE. Some people found it to be the best way to ring in 2023, while others were upset about the rain. It is important to stress that this is not the festival host’s fault. It really just came down to how well the individual handled the rain.

Without bias, Countdown NYE is a festival that people should experience at least once for the elaborate decorations and production. There is also a diverse lineup that ravers look forward to every year.

We suggest getting VIP to avoid the larger general crowd and making sure to read the forecast when preparing for the festival. We give this festival a B and can’t wait to see how it continues to improve and wow us the next year.

All images provided by Insomniac.