Splash House 2022 closed out their 2022 summer series in a scorching fashion.

The house festival, which takes place in Palm Springs in Southern California, extends across three resorts with names that tribute the true style of Palm Springs:  The Renaissance, Saguaro, and Margaritaville.

The relaxed energy and hyped attendees truly stood out. If you are the type of person who cares less about sticking to a specific schedule of DJs and just wants to dance in the sun, this is absolutely the place for you. 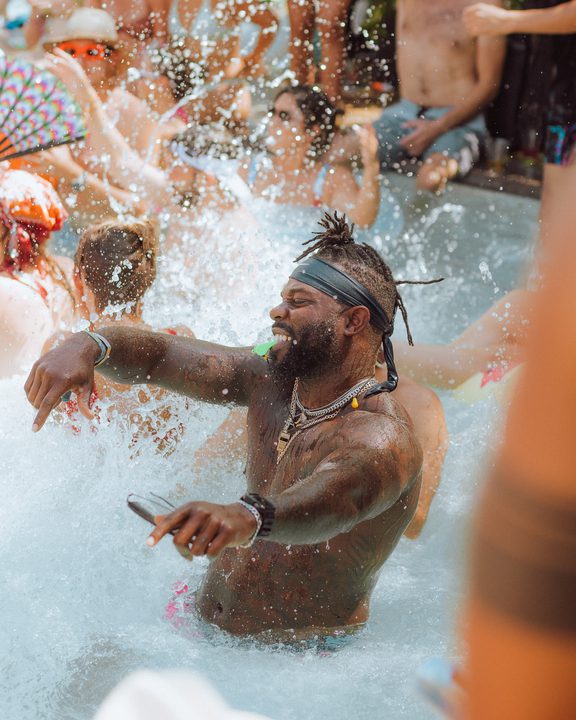 The vibes at Splash House were some of the best in recent memory. Even with temperatures rising above 100 degrees Fahrenheit on both days, the crowd as a whole was still dance-happy as can be.

The “play where you stay” aspect of this festival shone through the crowd; the ability to escape to an air-conditioned room was a safe haven for many attendees to refresh when needed.

The balcony decorations also add another great aspect to the overall atmosphere of the festival, allowing hotel guests to show their creative side that is visible by all attendees from the pool and stage area.

During the middle of the day, there seemed to be little to no problems with overcrowding or pushing, but the crowd did start to get more aggressive during the after-hours sets, unfortunately. There were multiple instances of large groups forcing themselves to the front of the crowd whether there was space for them or not. This tends to be common when larger names go on stage but a simple “excuse me” can go a long way when navigating a crowd.

The dancing carried fully throughout the night–especially towards the back of the crowd–even though the aggression was competing with the mood.

Splash House is very unique in that it utilizes well-maintained pool and bar areas. Instead of the usual pop-up tents, most bars were in well-built cabanas that made the event feel upscale. The same can be said about the bathrooms; using indoor resort bathrooms meant fully running water and flushing toilets.

There were inconsistencies in certain production aspects that did raise some concerns. Security varied greatly between days and locations, with some lines doing as little as checking only guests with bags and others giving a full pat down to everyone passing.

Additionally, doors that were two ways one day were then exit-only the next day, which led to confusion and multiple trips through security when trying to use certain bathrooms.

The shuttle services also had a high level of variance. The first shuttle was a great experience with cold water being handed out for free in the lines, followed by a cooled charter bus ride. But by the time the final bus was taken on Sunday evening, the buses were city style and half the riders were standing.

Stages setups were good for the small space and they did a great job complementing the overall atmosphere of the festival. There weren’t any over-the-top light shows across the three resorts, but more of a tropical, “music first” approach which was honestly very enjoyable.

The after-hours had a very interesting and unique production with a large plane pulled up behind the stage and lights coming from the cockpit. This after-hours stage was much larger than the other three and did a great job at giving a good viewing experience no matter where you were standing. 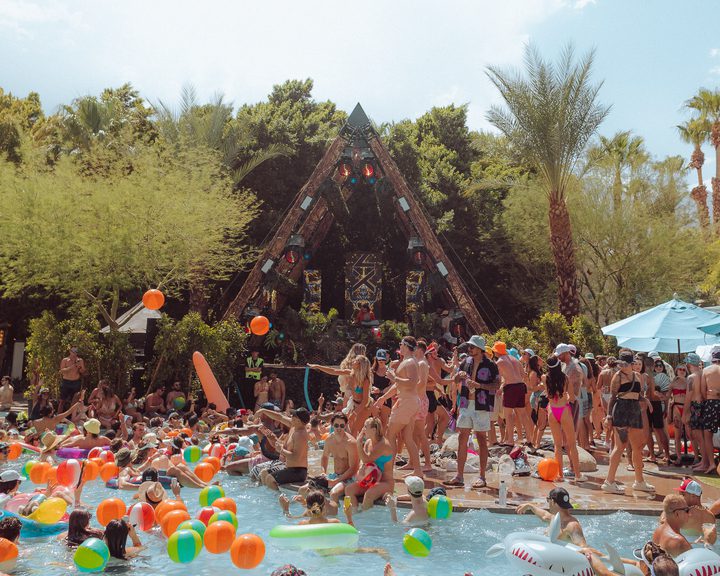 There was no shortage of phenomenal sets across all locations. You could really tell that the DJs were feeding off the crowd’s energy and giving it right back to them. Artists like Elderbrook, Sonny Fodera, and Malaa closed out their respective stages with style.

Some of the biggest artists; including Porter Robinson (under his alias Air2Earth), Chris Lorenzo, and Seth Troxler; were all reserved for the after-hours parties at the air museum. This was unfortunate as these sets existed behind the separate after-hours pass that wasn’t included with the regular GA pass.

The biggest concern for the lineup came in the form of diversity. Across the 40 DJs that played during the regular festival hours, only three were female artists (four if you count Coco & Breezy separately, which we didn’t). \

Also, every female artist played at the Saguaro throughout the weekend and there were zero female DJ’s at the largest stage (Renaissance), at Margaritaville, and at the after-hours sets. There is no lack of amazing women in house music right now and it’s hard to believe there weren’t more available. All the sets were a great time and thoroughly enjoyable, but representation matters.

Splash House is a festival that is one of a kind. There are some amazing amenities that you won’t find at any ordinary festival, and that is mostly attributed to the three-resort spread. But it also does, unfortunately, create a situation that requires more forward planning than the standard festival.

You can never be certain how long a shuttle line will be until you get to it, which leads to leaving sets earlier than you would have hoped or arriving to sets after they’ve already begun. For people who tend to float around from stage to stage, this creates a larger hassle than one would hope.

Another issue was flooding. This was seen primarily at the Saguaro and Margaritaville. Water pooling in walkways became an obstacle, especially as more people came to the festival.

There were moments when the ground under some of the cabanas had over an inch of water, leaving the guests with no other option than to stand on their couches. It is understood that this is a giant pool party, but walking through water when there’s no other path isn’t the best feeling. 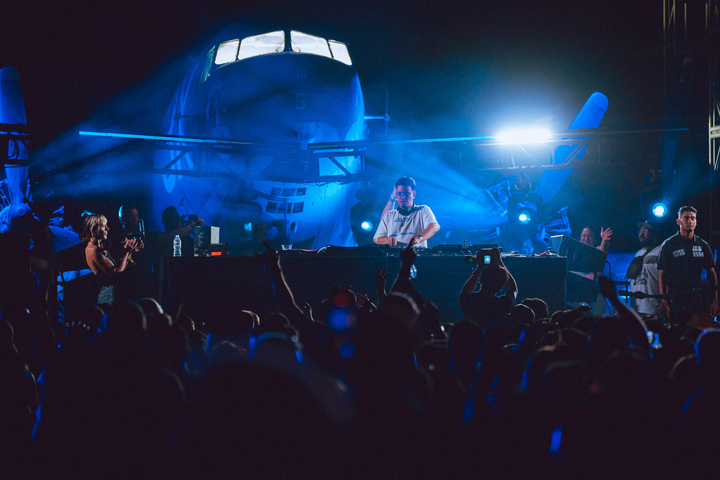 Overall, this festival was an amazing time, but definitely strays away from the typical idea of a “music festival”. We love individuality and as such really do appreciate the work that Splash House does to create something that is truly theirs.

But there are some things that can be improved that would bring this experience to the next level. Luckily, the attendees create an environment where it’s seemingly impossible to have a bad time.

With a little more consistency across venues and a few more places to grab a quick bite, this festival would really be top-of-the-line.