Figure Begins His 2018 Spectacle With a Riot

Ah the King of Darkness has bestowed a new single upon us to start the weekend strong. Figure has released Riot ft. Hatch on his label, DOOM, as a follow up to The Twilight Zone ft. Hatch from his 2017 Monsters 8 EP.

According to a recent press release, the duo’s work on Twilight Zone inspired them to create this track. “Hatch joined Figure for many of the midwestern dates on his 2017 Kreep Show Tour to perform their first single live together,” the release stated. “It became a highlight and fan favorite prompting the two to work on a new single together for early 2018.” 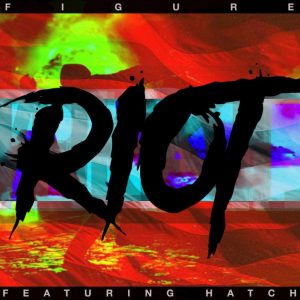 This single is dope AF and embodies every reason I love Figure’s music from his ominous intros to his grimy drops and now I’m hearing some trap elements thrown in there? Yasssss. This track is hard and daunting, the kinda shit you’d hear in your nightmares.

Figure’s music has always been blood-curdling, but this track takes that to a whole different level because it’s all so realistic. The rap verses dropped on this track narrate some of the corruption going on in our world lately. One of the many things Figure always does super well is that he brings the subject of the track alive. He gives a character (or in this case an action) a personality through each drop and bassline. This song is no exception. I felt rage, a chill going up my spine and well, like I was getting ready to let a motherfuckin riot start.

This isn’t all we’re gonna hear from Figure though and thank the dark bass lords for that. He has an EP on the way in the next couple months. He’s set to play at the Paradox Tour in New York on March 3 and is planning many more dates this spring across the country. Stay tuned y’all!