FNGRS CRSSD just stepped up its techno game as their NGHT.MVS series is bringing Carl Cox to San Diego. On September 2 in Gallagher Square, global techno and house artists will come together for one night of historic music.

NGHT.MVS is hosted by FNGRS CRSSD, the team behind CRSSD festival and several satellite events in San Diego. FNGRS CRSSD events are known for bringing highly sought-after international and unique artists to the San Diego region.

Ticket sales begin Friday, July 8 at 11 AM PST and you can get them here. 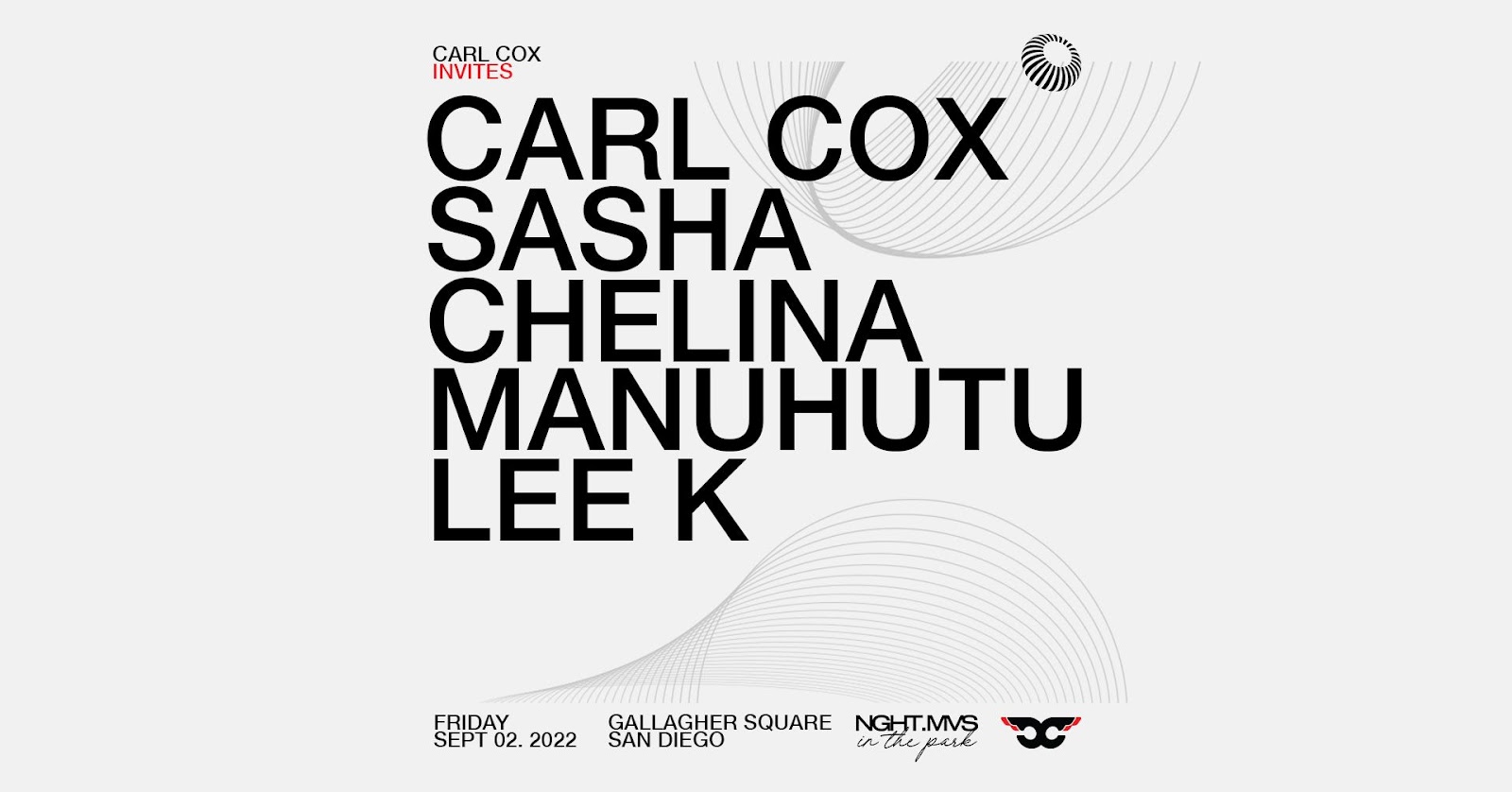 All images provided by Infamous PR