The widescreen bass trio, Black Tiger Sex Machine as well as the Wakaan boss, Liquid Stranger, will share headlining duties. Further down the roster is an impressive series of low-end adepts including Ophelia prodigy, Trivecta, and the dastardly future bass duo, ATLiens.

Check out the full lineup for Freaky Deaky Portland below. Tickets go on sale Friday, August 20 at 10AM PDT. 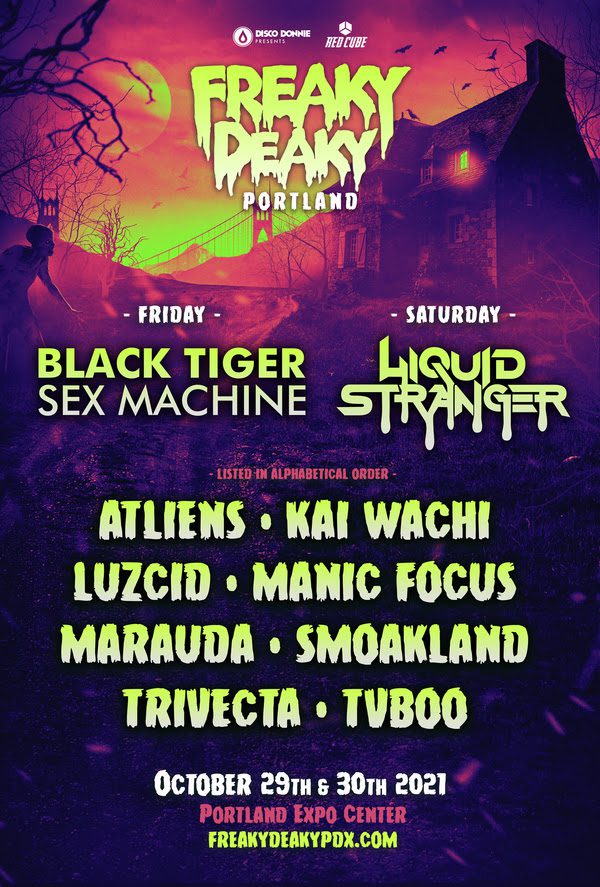