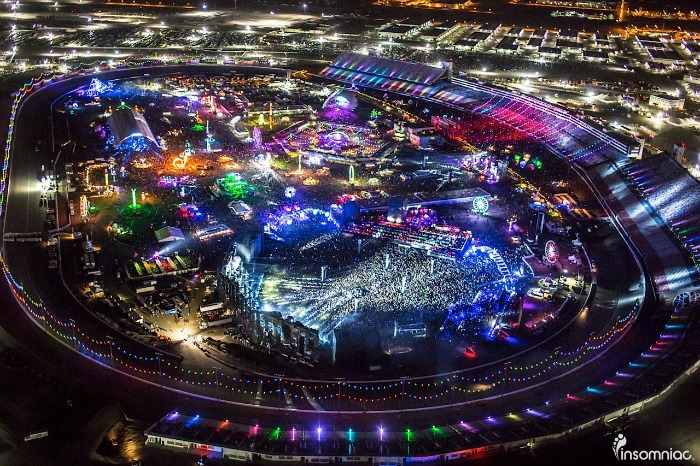 A few weeks ago Pasquale Rotella, Insomniac’s fearless leader, made a sweeping announcement regarding the future of Insomniac Events. Aside from the necessary fluff and gratitude statements such as these usually entail, Rotella did deliver news that would probably upset more than a few thousand of his beloved headliners.

Other than the postponement of EDC Tokyo, he stated flat out that both EDC Puerto Rico and Beyond Bay Area would not be returning in 2016. Definitely a bummer for the people living in those areas, however the statement also contained great news that could revolutionize future Insomniac shows. That may just be wishful thinking, but Pasquale gave several pieces of information that could yield stellar results, and he’s never been one to disappoint.

A promise Pasquale made early in the statement. Given how widespread Insomniac has become, it’s hard to think which market Insomniac hasn’t properly serviced with at least one event. In the U.S. alone they’ve hit Vegas, New York, Orlando, Chicago, the Bay Area, Austin, just to name a few. Unless they’re planning to purposefully bring events to less popular cities like Albuquerque or St. Louis, generally every major area of the U.S. has been covered. Obviously they have the rest of the world to explore, which is highly likely due to the success of EDC UK and Mexico as well as the expansion to Japan. Although if they were planning on exploring less populated areas of the U.S., it might be in response to something else Pasquale mentioned in his address

Although there’s no doubt in my mind that Insomniac’s move in this direction is partially a result of the rising popularity of festivals like Lightning in a Bottle that deliver a more rural feel, this is a market where Insomniac has had almost no bearing in the past, and the barebones camping at San Manuel doesn’t count. Other than Electric Forest, which will take place for the seventh time in the relatively unknown Rothbury Michigan this year, Insomniac has stuck to their tried-and-true night-time spectaculars for over 20 years now, and let’s be honest, it’s been totally working. But now that the trend in the festival scene is shifting and Insomniac has the massively successful Electric Forest under their belt, it might be the best time to try a similar fest in a different area. One of the great things about the U.S. is there is so many different natural landscapes. Beach. Desert. Mountains. If there’s any company with the money and connections to pull something like this off, it’s Insomniac. Plus, Insomniac’s partner in EF, Madison House Presents, has already expanded their interests as well with the inaugural Vertex fest happening in Colorado in the summer of this year. Unfortunately we won’t be able to see the progress of these events likely until much later this year as they are slated for 2017, but Pasquale didn’t forget about the festivals we know and love.

3. “…enhancing the experience at some of our other festivals.”

Pasquale didn’t go into much detail about existing festivals except how awesome EDC20 will be, but this something a lot of seasoned headliners will have already noticed to be happening in recent months. Countdown was established, then expanded to replace White Wonderland. Dreamstate came about this year and was a huge success (Pasquale specifically shouts out Dreamstate in his announcement as well). Plus, several other smaller events have either been established or expanded this year as well. We Are NRG is now two days. Carnage started his own event, RARE, and now there is a new event series in LA that has a lot of house-heads paying attention: Factory 93. Stating that Insomniac started back in 1993 in old LA warehouses, that is where Pasquale would like to return this year. With Hot Since 82 and his Knee Deep In Sound label mates taking reigns on the first one coming up in May, it’s clear that Pasquale is serious about rivaling the underground vibe of EDM’s roots. This has also been made clear by something else said.

4. “Another goal this year is to help bring back the true art of DJing.”

That’s right you read it folks. Even Pasquale is starting to recognize how DJing itself is being undervalued in the modern EDM scene, and considering he’s been there from the beginning he probably realizes it more than most. While he did have some power over making sure artists who can actually DJ got the credit they deserved (John Digweed @ MainStage, etc.), he couldn’t completely evade the artists with enormous mainstream success (or their booking agents) even if they had no skill at all behind the decks (some don’t). If booking was based entirely on DJ skill, A-trak would be close every event he was at, followed mostly by the techno DJs. However, one area where Pasquale has never failed under any circumstances was making sure to book amazing DJs. Carl Cox, Craze, DJ Jazzy Jeff, these DJ legends haven’t just appeared on Insomniac lineups, they’re now regulars. Although he may have only promised “…longer set times this year”, that is just one way to really give a DJ the opportunity to display their talent. DJ sets have changed Pasquale’s life in the past, and he’s made it clear he wants that same feeling for his fans as well.

I may not be able to recall any noteworthy releases on Insomniac Records, but given everything Pasquale has said about Insomniac’s evolution in this statement, I have no doubt that the music that comes from the label will be a reflection of such change. Pasquale is already very connected to hundreds of the most talented producers in music today, and with this new chapter of Insomniac just starting there’s likely to be some killer music heard at Insomniac events in the near future. Obviously there is a lot more to these events than the music, but at the end of the day that’s why most people gather. The music is the fuel for the community, the interactions, and everything else that makes Insomniac events unforgettable. With Insomniac once again adding to that fuel, these events will be topped off for years to come.