Trance fans in New York City are in for a treat this summer as trance legend Gareth Emery has disclosed that he will be bringing a new festival to the Brooklyn Mirage. The brand new festival will be called ‘METROPOLIS‘ and will feature the biggest names within the trance community. The newly announced festival will include two stages that will feature two completely different sets from every artist on the lineup.

The festival is scheduled to take place next month on Friday, July 30 with supporting performances billed for Andrew Rayel, Cosmic Gate, Tritonal, HALIENE, and Ruben de Ronde. Emery disclosed on Facebook that every act billed for METROPOLIS will be playing two sets. One of the sets will take place at Brooklyn Mirages’ iconic outdoor terrace with views of New York’s skyline while the other set will be an exclusive underground set in Brooklyn Mirages’ second room.

This will be Emery’s first show back in New York City, which means tickets will likely sell out extremely quickly. So far, many shows at the Brooklyn Mirage that are scheduled to take place later this month and next have already sold out, including REZZ, ZEDD, deadmau5 (Night 1), Chris Lake (Night 2), and others. 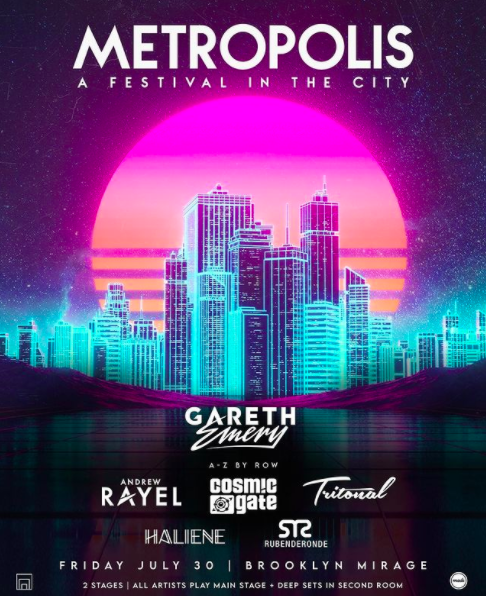