This announcement also comes with the day-splits across the three-day event. Check out the full lineup for each day below and purchase single day tickets here.

The 2021 edition of Goldrush promises to be its biggest year yet. On top of the massive lineup and the expansion to three days, the festival will also include multiple VIP packages and the Six Gun Performance Theater that will feature live stand-up comedy, karaoke, magic shows, and stunt performances!

Goldrush Music Festival will take place September 24-26, 2021 at the Rawhide Western Town in Phoenix, Arizona. For full information on tickets, lineup, and more head to their official website. 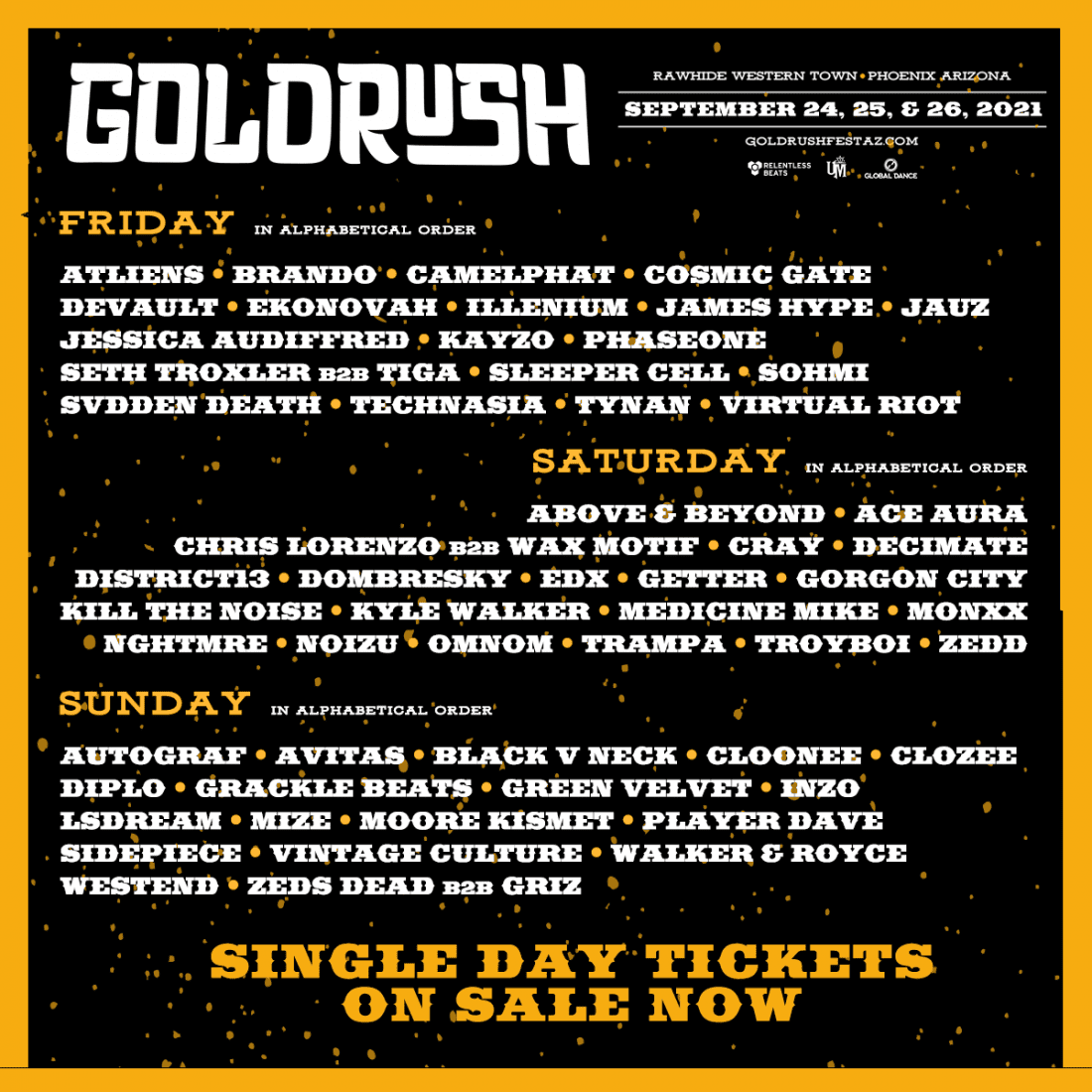