UK house hitmakers, Gorgon City have announced the supporting artists for their upcoming outdoor concert experience, REALM. The show will take place on Friday, July 8, 2022, at the Shrine outdoors in Los Angeles with Walker & Royce, Nala, and Matt Black sharing the bill.

Known for hits like “Word,” Walker & Royce first teamed up together for a remix in 2011 in New York City. Since then the duo has successfully released records on labels like Crosstown Rebels, OFF Recordings, and Moda Black.

Nala is a rising star in the current wave of house and techno, carving her own niche with her angsty vocal work on tracks like “Habits Die Hard,” that combine the worlds of emo, indie, and dance music.

Finally, Matt Black will be on opening duties. After starting to DJ as a hobby, he has set the room for big name artists such as Skrillex and Crookers, so he will clearly start the night off right.

Click here to  get tickets for Gorgon City Presents REALM in Los Angeles. 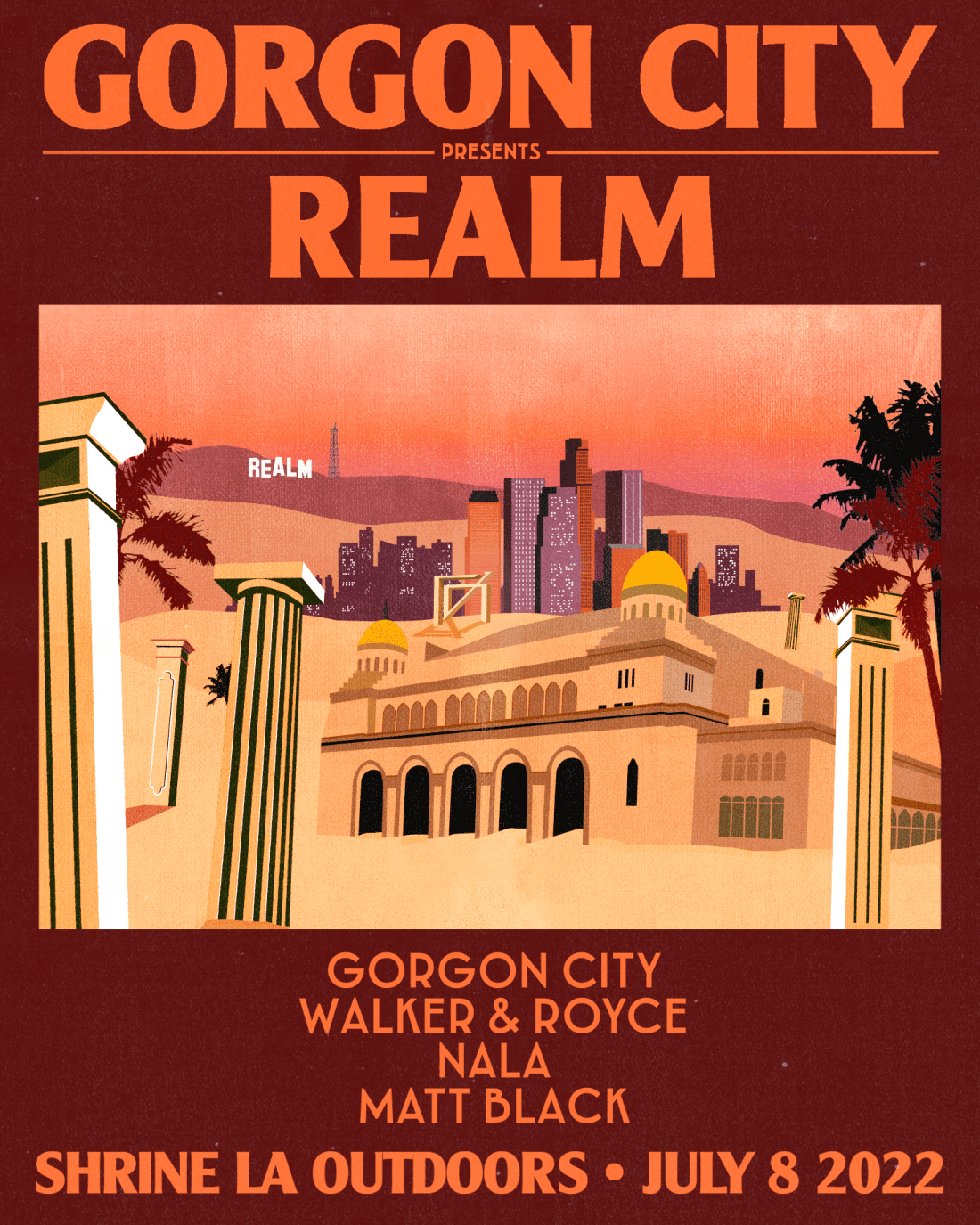