No artist currently working in dance music embodies artistic integrity quite like Green Velvet. His hits are so timeless that remix packages are still being released decades after the original drop:

Yet Green Velvet has never once moved towards commercialization. The only endeavor he has recently undertaken that expands upon his lifetime commitment to producing music and playing great shows is the curation of his new party brand, which takes its name from the final item in the list above: La La Land.

As more and more artists host their own events — from seasoned veterans like Jamie Jones (Paradise) to jaunty newcomers like Fisher (Catch & Release) — a brand crafted by Green Velvet is a welcome addition. He’s already taken La La Land around the globe to huge festivals like EDC Vegas and prominent venues like the Brooklyn Mirage.

Now Green Velvet will bring his party to its namesake for an exquisite day-time affair along with an afterparty to satisfy the needs of every dance music fan in LA.

Joining Green Velvet for this LA debut are a series of selectors as original as they are talented. Starting off the day are two of Velvets own prodigies, Mihalis Safras and Eskuche, followed by the silky sounds of Gorgon City and Velvet’s reliable friend who produced a remix of “Flash” that rivals the original, Eats Everything. To cap it off, Velvet’s frequent vocal collaborator, Dajae, will be onsite lending her voice to various tracks throughout the night.

Then it’s straight to Exchange for the afters in which Eats, Gorgon, and Velvet will join forces for an epic back-to-back set. It’s fair to say La La Land is coming to LA LA Land in fine style.

Tickets for both the day party and afterparty are on sale now! Get them here: Day/Night. 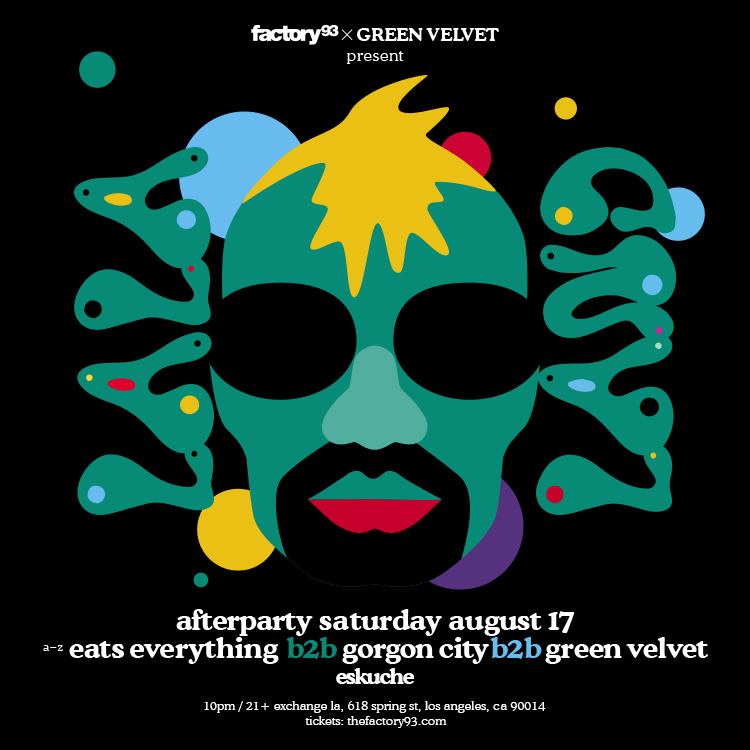