Today, GRiZ has revealed that he will be making his return to Denver this upcoming Halloween weekend for his brand new event concept, ‘Another World.’ The event will feature three different nights of programming spanning various genres and styles. On the first night, GRiZ will introduce his new ‘In The Round’ format as he will showcase a multi-genre journey spanning hip-hop, old school, and current dubstep tunes.

On the second night of GRiZ’s ‘Another World‘ event, GRiZ will treat fans to a special 2010-2017 set, where GRiZ will showcase his traditional and old-school throwback anthems and fan-favorite tunes. On the last night of the event, GRiZ will return to his more traditional approach. The last night will also be called ‘In The Long’ and will feature a ‘Full Flex Set’ that will feature GRiZ’s current projects, collaborations, and other surprises. No other supporting acts have been announced yet.

Tickets for GRiZ’s ‘Another World‘ event will go on sale on May 21 at 11:00 AM. Purchase tickets here. 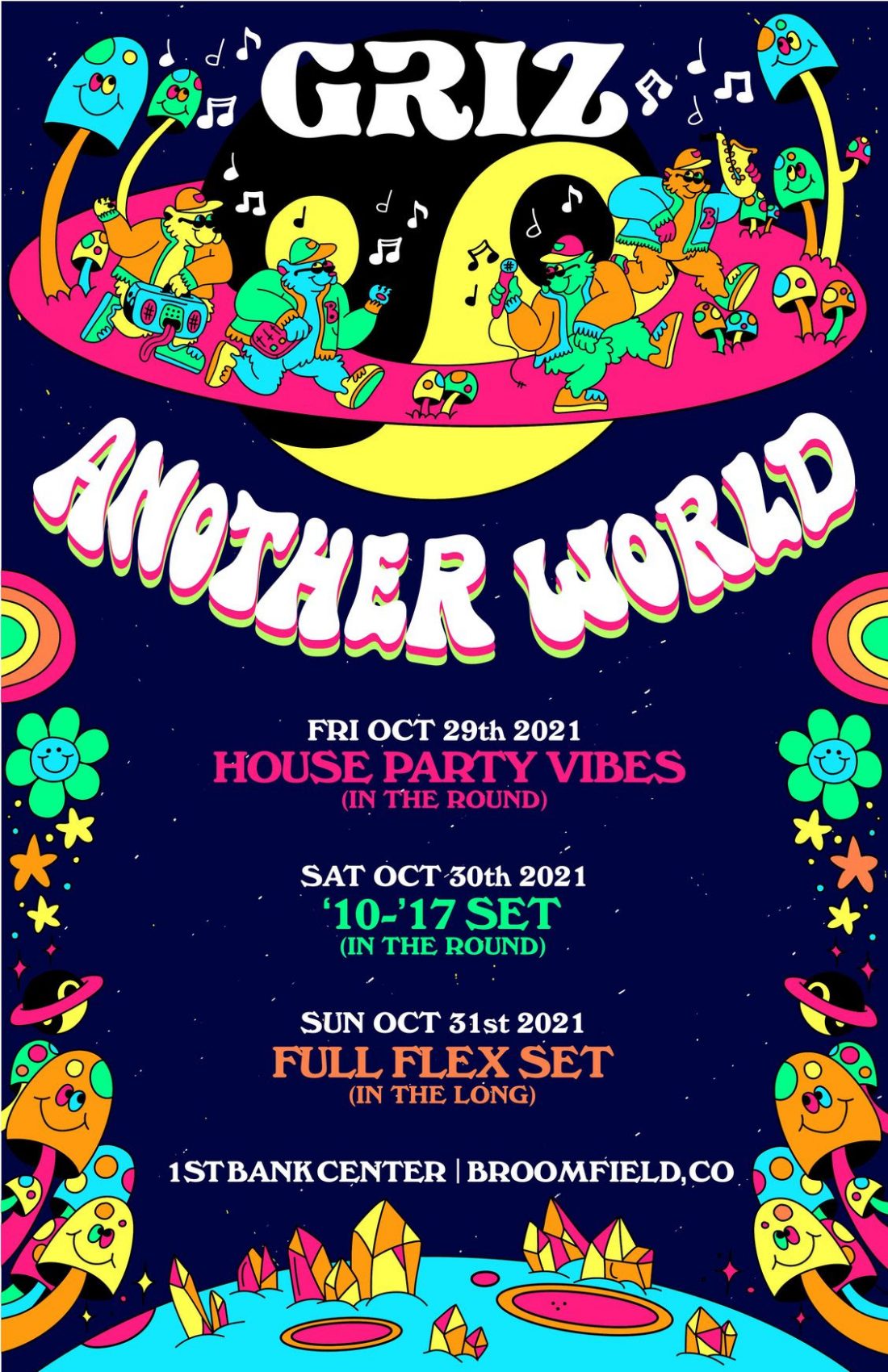 Jamie Jones' Paradise In The Park Returns To LA This August

SOPHIE's Friends Have Launched An Art Auction For Trans Rights