For the first time ever, DJ, producer, and multi-instrumentalist, GRiZ (real name Grant Kwiecinski), will bring his GRiZMAS celebration to Detroit for three nights in a row. As a native of Detroit himself, this is Kwiecinski’s time to celebrate his hometown in the best way he knows how: playing live music.

This year, Kwiecinski will perform at the lauded Masonic Temple in Detroit December 10-12 with a series of heavy hitting special guests including Level Up, The Sponges, and Jantsen. Like Kwiecinski’s catalog, his guests for the three shows represent a wide variety of musical styles. There’s no doubt his sets will explore this full range especially after the release of his hugely eclectic new album, Rainbow Brain.

Since 2014, Kwiecinski has hosted GRiZMAS in Detroit. The multiple shows always coincide with charity events under the “12 Days of GRiZMAS” banner. Since its inception,”12 Days of GRiZMAS” has raised hundreds of thousands of dollars to benefit public school music education.

Check out the full lineups for all three nights of GRiZMAS below. Tickets are on sale now. 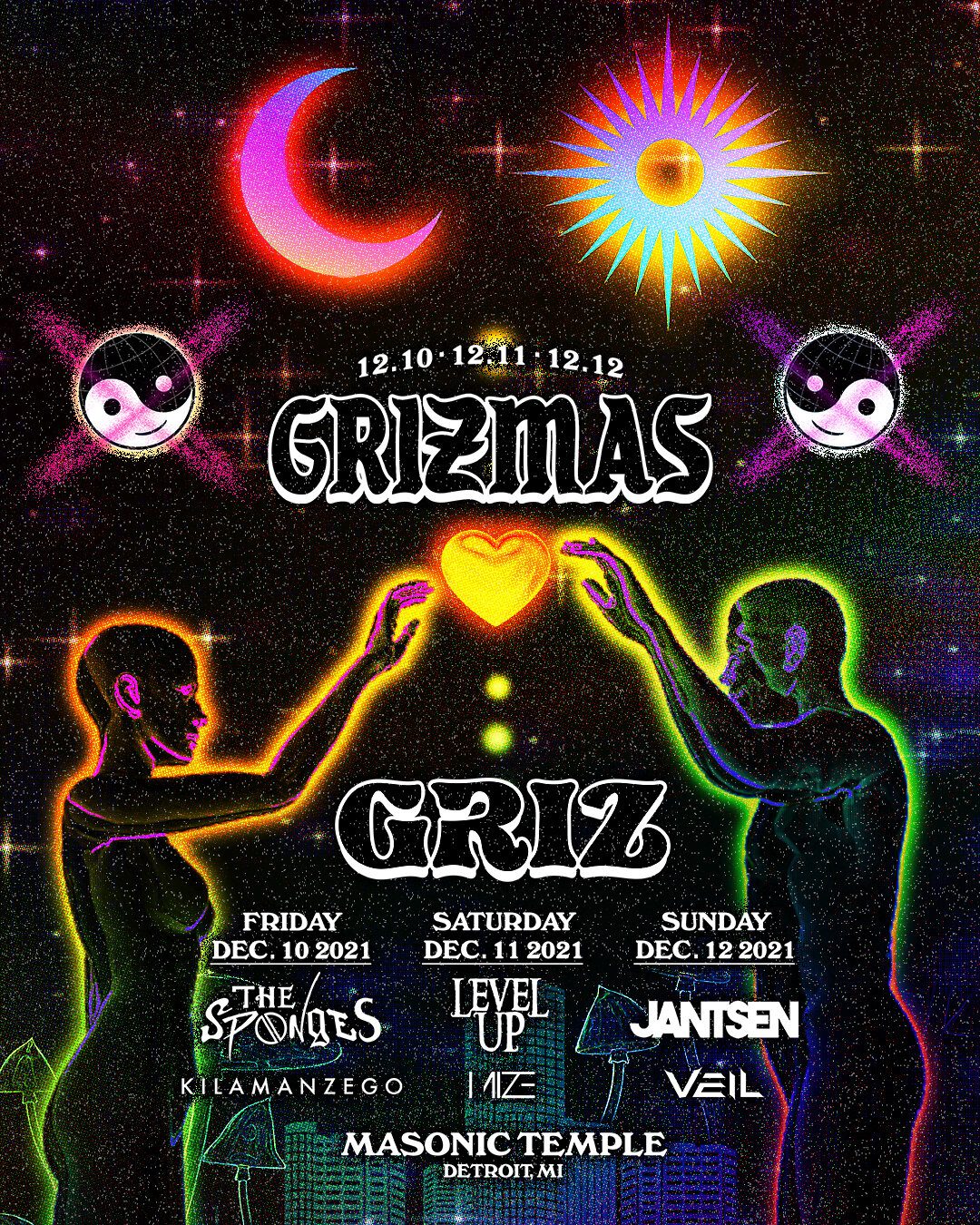