GRiZ and REZZ are just a few of the many artists who have been announced to perform at Summer Camp Music Festivals’ 20th-anniversary celebration.

After postponing the festival’s original Memorial Day Weekend dates because of COVID-19, the festival has confirmed new dates for August 20-22. The festival will feature not only DJs, but hip-hop groups, bands, and more. GRiZ will join REZZ, Tipper, LSDream, Boogie T, and more throughout the course of the 3-day event.

Additional acts will be named in the coming weeks and all tickets purchased for last year’s festival will roll over to this year’s. The festival released the following statement regarding ticket refunds and cancelations,

“It’s been an exhausting year, but the excitement of again welcoming an amazing list of artists to join us for our 20th anniversary celebration has our spirits soaring. We are thankful to share the artists that will be moving to our new 20th Anniversary celebration, taking place August 20-22, 2021 at Three Sisters Park in Chillicothe, IL. We welcome back long time hosts moe. and Umphrey’s McGee plus headliners, Ween, Billy Strings, Three Six Mafia, GRiZ, Rezz, STS9 and Tipper among others. Although we are disappointed that not all previous artists could make it, we are excited to get to share the joy that everyone’s favorite pre Summer Camp ritual brings – new artist announcements! Stay tuned for additional announcements in the coming weeks. “

Tickets can be purchased here. View the full lineup below: 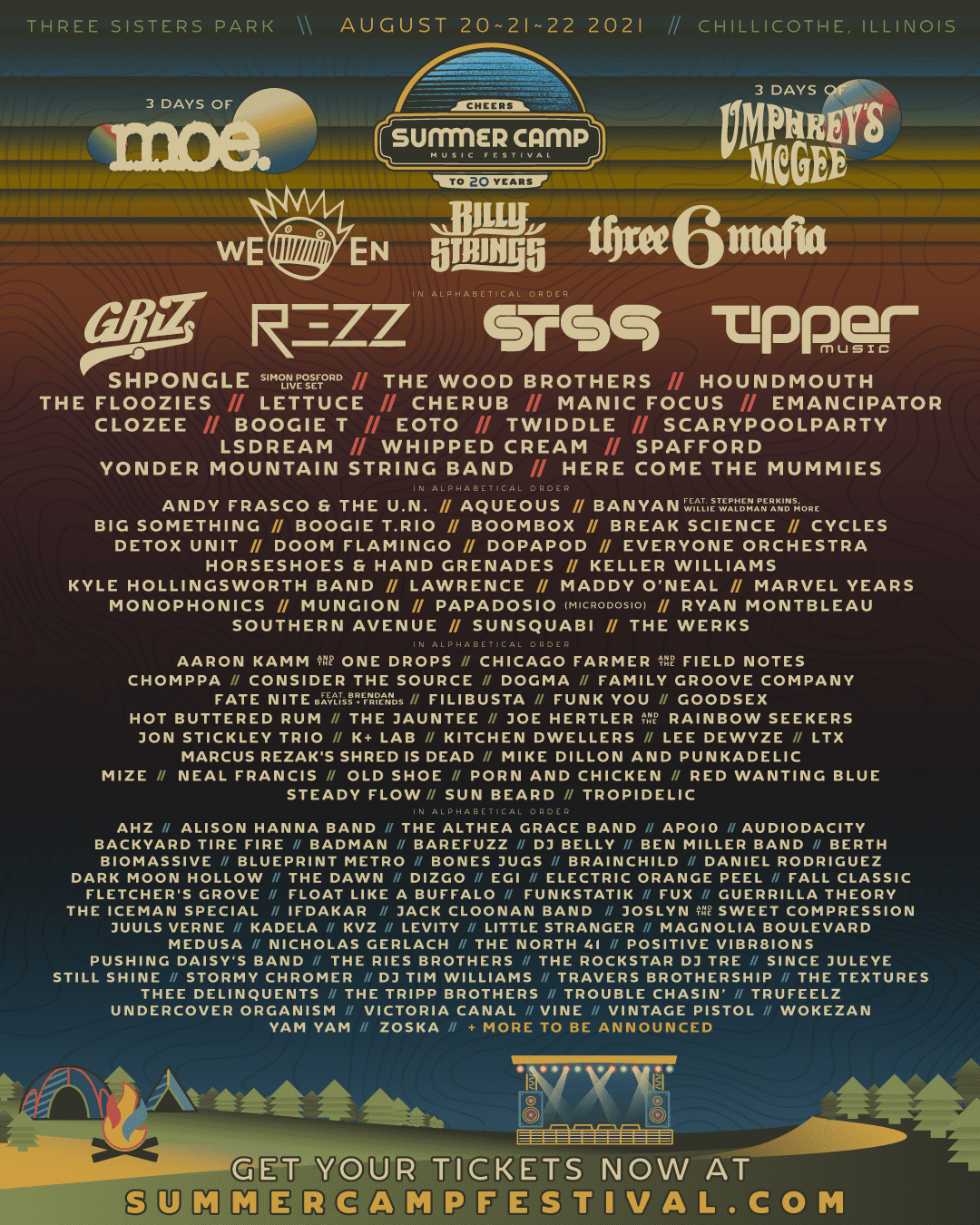