Unfortunately, HARD London’s premiere event at The Drumsheds will no longer be able to take place this year because of the UK Government’s recent decision to extend the restrictions on live events, the festival announced Thursday. The all-day summer party was initially scheduled to take place on August 21, alongside performances from Alesso, Jauz, Tchami, Dillon Francis, Malaa, and others.

HARD London is not the first major European festival to be canceled recently, as Tomorrowland organizers also announced this week that the 16th edition of Tomorrowland would not be able to occur. HARD London released the following statement regarding their decision to cancel its 2021 event,

“The latest delay from the government and the uncertainty this has created has left us with no choice. We’re obviously extremely gutted to share this news with you and tried everything possible before reaching this decision.” 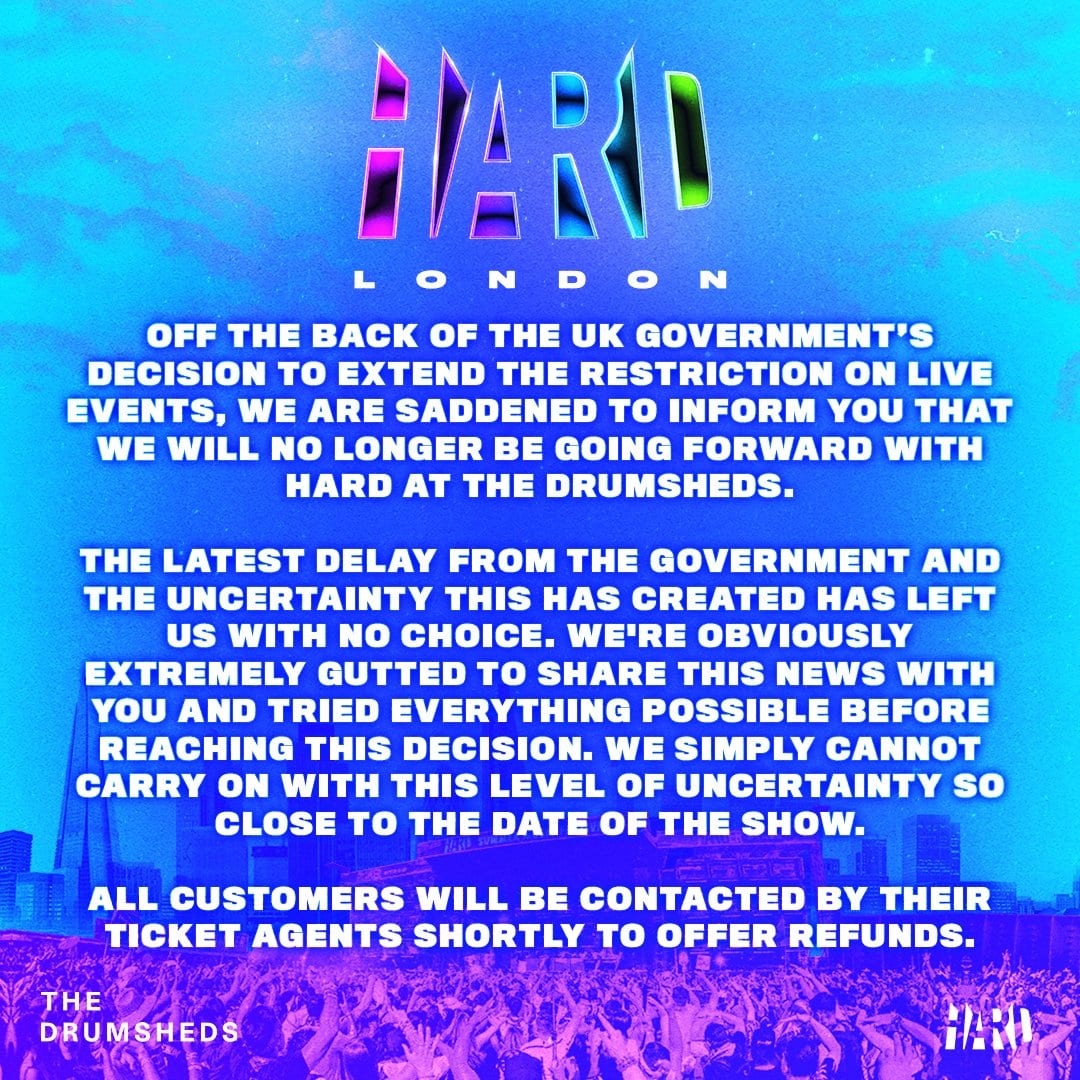 Ibiza Has Been Added To The UK's Green Travel List