Today, HARD Events has announced the return of its flagship event, HARD Summer Music Festival, alongside a complete lineup and brand new home. This year, HARD Summer Music Festival will be held at the infamous NOS Events Center in San Bernardino California from Saturday, July 31 to Sunday, August 1. The event will continue to focus on electronic dance music and hip-hop and will sustain its mission as a cultural measure of modern music trends and cutting-edge festival curations.

The announcement of Hard Summer Music Festival 2021 will feature a monstrous lineup with the biggest names in electronic music and hip-hop. A few special B2B sets will be performed throughout the weekend including a special French B2B between DJ Snake and Malaa as well as a trap-filled B2B set from trap legends Baauer and RL Grime. Apart from these spectacular B2B sets, there have been equally impressive acts announced for individual performances. REZZ, Dillon Francis, SAYMYNAME, JOYRYDE, G Jones, Walker & Royce, JAUZ, and a special Skream old-school dubstep set have all been announced on the Hard Summer lineup. Rappers will include Future, 2 Chainz, Lil Dark, and Iann Dior, amongst others. 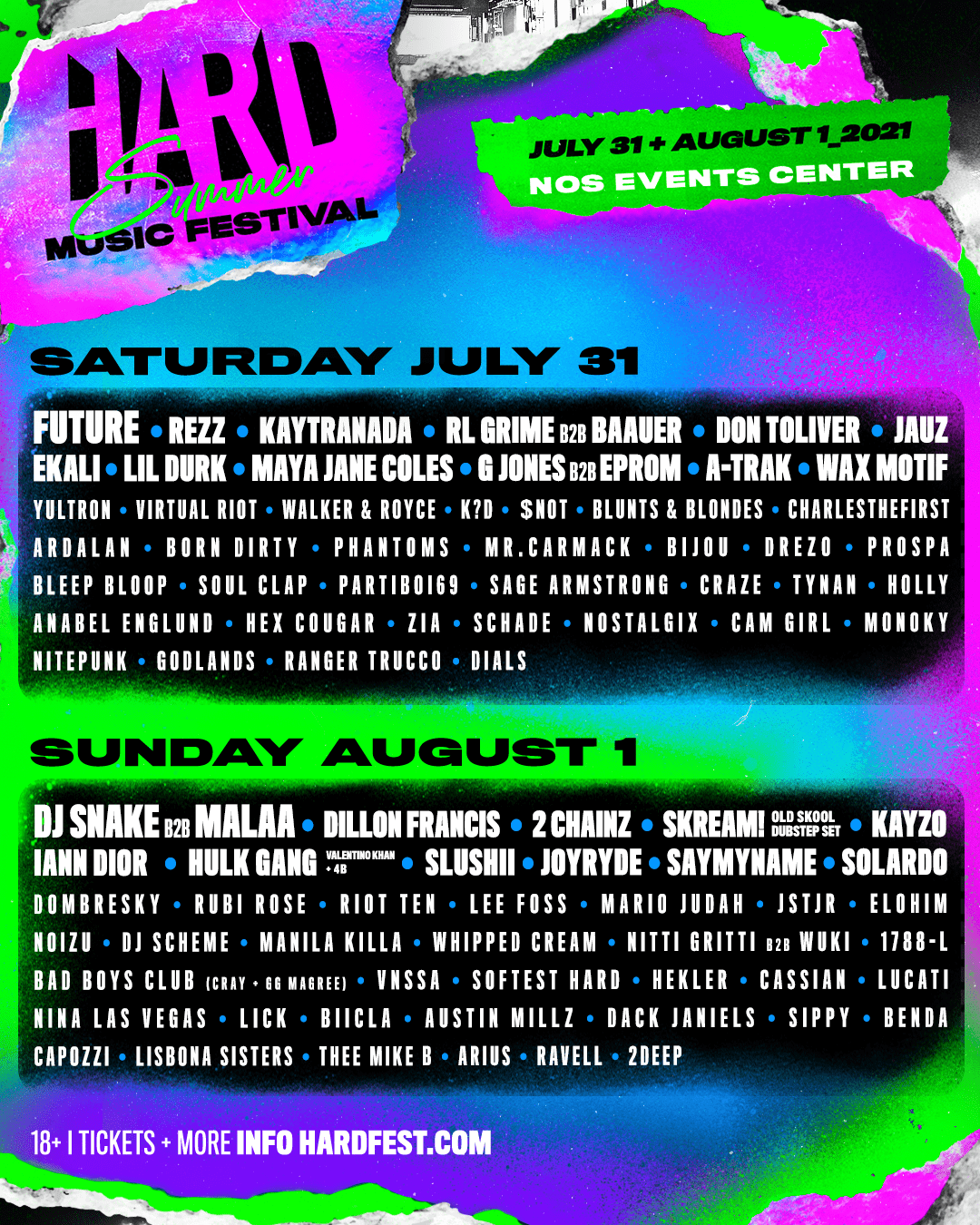 Since Hard Summer Music Festival 2021 is moving to the NOS Events Center, concert-goers will be provided with plenty of shade compared to previous years. NOS will be transformed into five outdoor stages with free water stations, shade structures, and cooling mist systems. VIP packages will include additional shade areas as well as the HARD Splash Pool. HARD will be working closely with local officials to implement proper safety precautions and will follow all state and local health guidelines in place at the time of the event.

Tickets will go on sale Friday, April 2 at 10:00 AM PST for a $9.95 deposit. Click here for tickets. Watch Trevor Wallace and Hard Summer Music Festival’s Official 2021 trailer below.

A Look Into The Underground: Getting Comfortable With 'Boiz House'