Released on Hood Politics records, the track integrates vocals from iconic 90’s rock band CREED with tech-house, which stands in contrast to the R&B and pop-infused vocal edits you’ll often hear featured in tracks belonging to this genre. “Higher” blends together the world of acid-washed jeans, pyrotechnics, and gritty guitar riffs and that of black bomber jackets, lasers, and kicking basslines in an unlikely, yet captivating and artful production.

“Higher” opens with a bouncy- house style bassline leading to dark resonating synth progressions and an increasingly heavier bassline that synchronizes with the classic CREED vocals to create a haunting yet energizing sound. Just like the original, the mix creates a palpable sense of depth and emotion that permeates the piece. This integration of old and new catapults a rock classic into the world of dance music with seamless ease, and it’s easy to imagine this track becoming a hit on dance floors of all shapes and sizes. 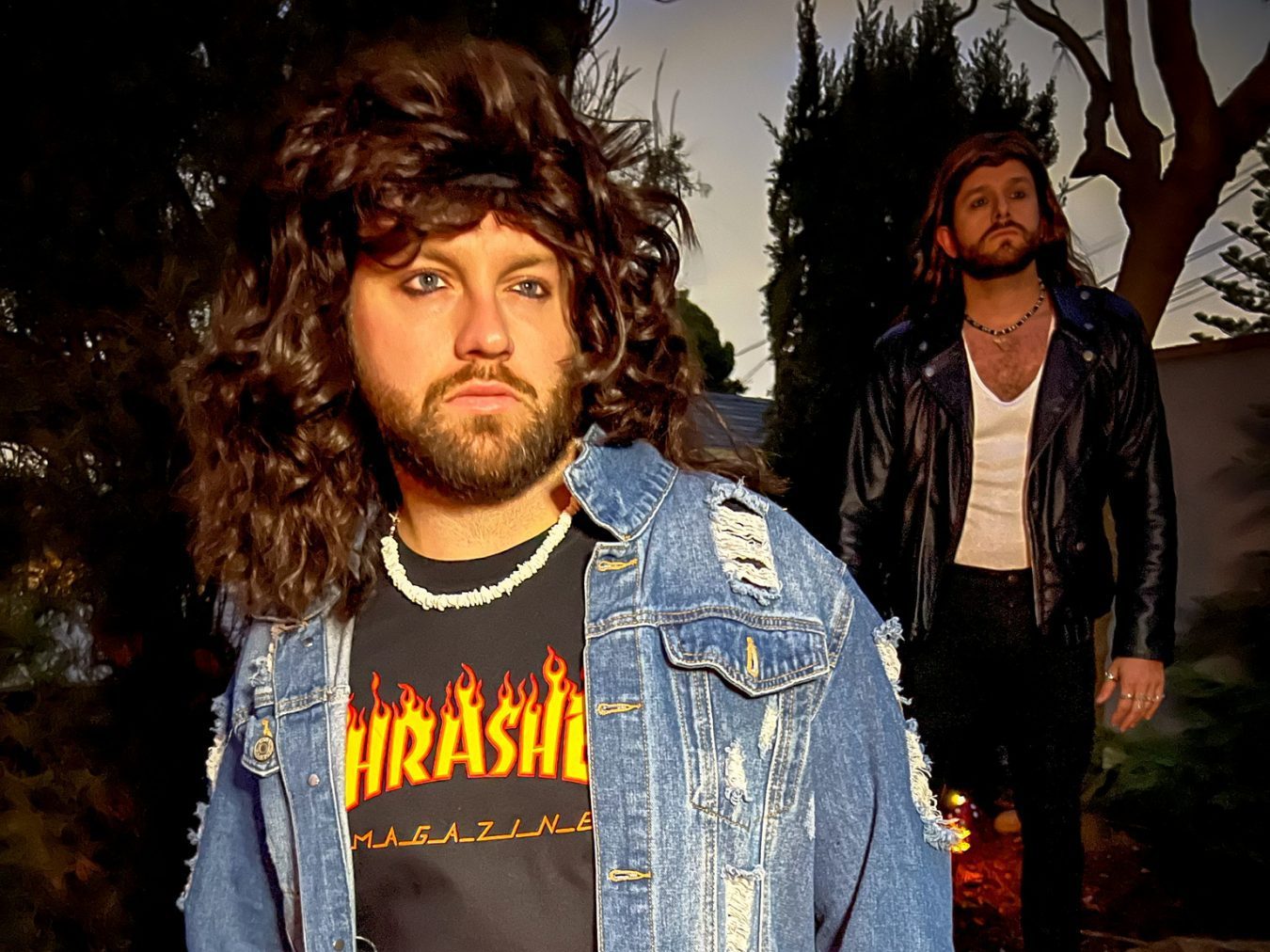 Dance and Roy took it even further with a Creed-themed photoshoot and hilarious promo video which can be found here.

LA-Based producers Dance Armstrong and Roy LaCroix both boast vibrant music careers featuring collaborations and industry support throughout the dance music scene. Roy LaCroix is known for putting on electrifying shows through his energy-fueled stage presence and bass-heavy house sets, appearing in supporting role slots for the likes of Steve Aoki, Dada Life, and Diplo among other highly popular shows. Colorado native Dance Armstrong emerged in the heavy metal scene before migrating to house music in LA, and has supported acts such as Maceo Plex, Gene Ferris, Lee Reynolds, and others at festivals including Dirtybird Campout 2021, Evolove, Don’t Trip, Playa Playground, and Love Machine.

“Higher” is out and available for free download now on Soundcloud. Check it out and tell us what you think in the comments below.

Author
Federica Brandi
While today I call the Pacific North West home, I was born a dual-national Italian American, and I've lived on both sides of the Atlantic, explored many different cultures throughout the US and the world, and I've always seen myself as a constantly reshaping mosaic. Throughout all the multifaceted pieces of my life, one thing has always been constant: My love of dance music. My passion for this scene drives me to explore EDM events all over the Pacific Northwest and beyond, and I love to share the experiences that come with being a part of the EDM family through writing and creative media. If you see me at a show, come say hi and let's trade kandi!
Previous Article