III Points Festival has announced that it will be returning to Miami this upcoming October.

III Points Festival will be taking place from October 22-23 at Miami’s Mana Wynwood. The festival was initially set to take place in April of this year but due to obvious reasons surrounding COVID-19, the festival had to be postponed. Not only has the festival come out and announced new dates, but they have also added some new names to the lineup. The headliners will remain the same as The Strokes, Wu-Tang Clan, Eric Prydz, Kaytranada, and ZHU. Patrick Topping, SAMA’ Abduhlhadi, and Special Request have all been added to the already impressive lineup. All other acts will be announced on April 12.

Those who purchased tickets for the initial dates in 2021 will have their passes automatically transferred to the new dates in October. A refund window will be given to those who do not attend on April 16. For all other information, click here. 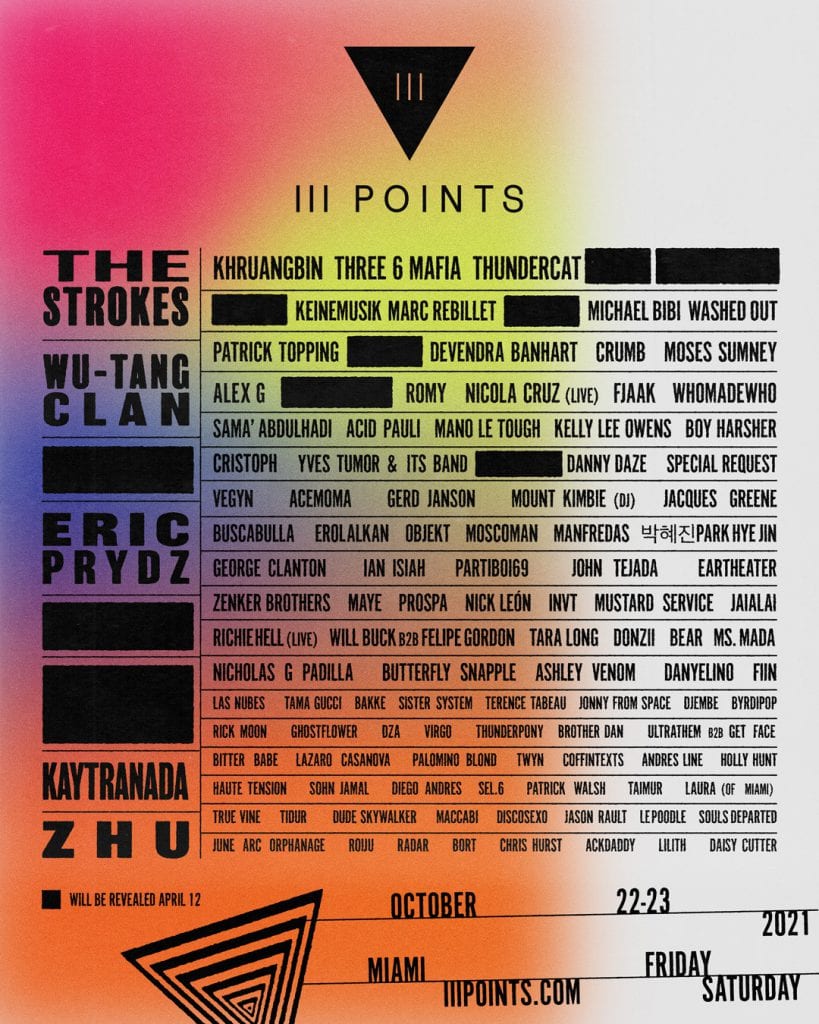 Signs Are Pointing To EDC Las Vegas This May