ILLENIUM has just revealed to the world that he will be performing the first-ever concert at Allegiant Stadium in Las Vegas. ‘Trilogy’ will be a three-set concert encompassing ILLENIUM’s previous three albums, Ashes, Awake, and Ascend. The show intends to bring closure to ILLENIUM’s trio of albums as ILLENIUM will begin a new musical journey with the release of his forthcoming album, Fallen Embers, on July 16.

ILLENIUM’s ‘Trilogy’ performances will take place over the course of one night on Saturday, July 3. ILLENIUM will be playing 3 individual sets (with each set pertaining to each individual ILLENIUM album), which will mark the first full-scale, all-ages concert ever performed in the newly constructed Allegiant Stadium, and, the first time ILLENIUM has performed all three previous albums in the span of one night. When asked about the newly announced ‘Trilogy’ performances, ILLENIUM disclosed that,

“The Trilogy idea for me has always been the celebration of the end of this chapter. My plans were to take it on tour last year but the pandemic wouldn’t allow it. So we’re going to do it in one huge show, three sets, and it will be the biggest show I’ve ever done. I’m beyond excited to be able to do this in Las Vegas. It will be insane.”

Insane is probably an understatement, which is why we suggest you get tickets when they release next week on Thursday, May 27 at 10:00 AM PST via Ticketmaster.

Tickets can be purchased by clicking here. 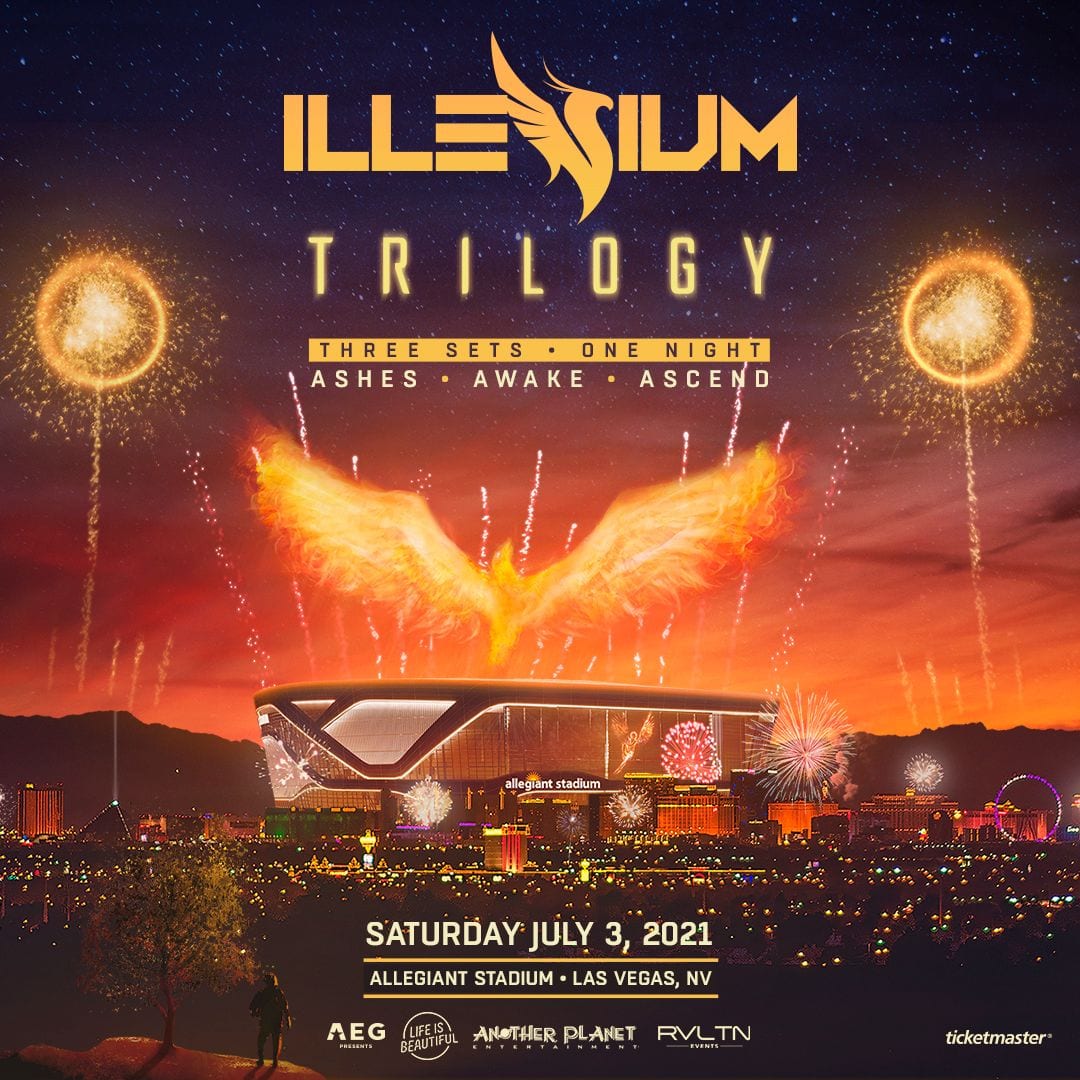 Boombox Cartel Delivers Follow Up To 2017 EP With, 'Cartel II'

Pendulum To Release First Body Of Work Since 2011 Next Month