Illfest Is Coming Back To Austin Texas With Kaskade, RL Grime, And More

Illfest in Austin, Texas was one of the many major events to face postponement in 2021, but now the event is officially moving full speed ahead for its new dates of February 18-19, 2022.

There, unfortunately, had to be some shifts in the lineup for the event to proceed, but anyone who knows dance music won’t be disappointed. For example, REZZ was initially scheduled to headline, but now the top slot is going to none other than Kaskade.

Sure people who were hungry for REZZ’s grueling bass may not prefer Kaskade’s sultry house music, but now Kaskade is playing a Redux after-party, which is sure to be unforgettable. Plus, bassheads can rejoice because RL Grime will be sharing his headlining slot with Baauer for an epic exploration of the low-end.

Further down the roster, plenty of great artists have retained their slot including Tsuruda, Sippy, Valentino Khan, and a rare DJ set from the mystical indie outfit Phantogram.

Check out the full lineup for Illfest 2022 below, and click here to purchase festival passes, VIP packages, and afterparty tickets. 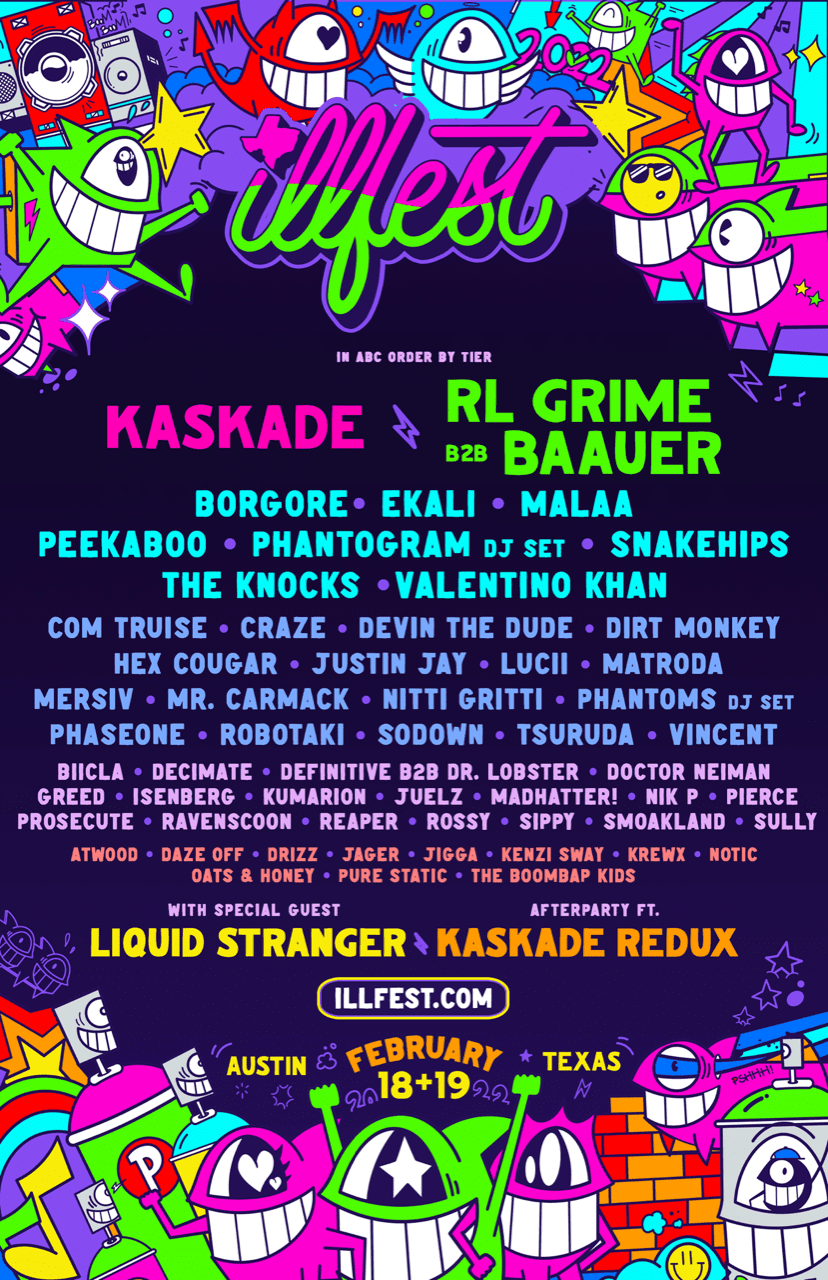