Today, Insomniac revealed a diverse talent roster for the inaugural Electric Daisy Carnival (EDC) Mexico, debuting at the Autodromo Hermanos Rodriguez on March 15-16, 2014 in Mexico City. Insomniac will partner with OCESA to transform the venue into an immersive fan experience featuring the festivals’ signature theatrical and production elements alongside an incredible lineup of musical acts.

“For years, fans from Mexico have been traveling to our festivals in the United States, and I’m really excited that this March Insomniac and our partners, OCESA, are joining forces to bring Electric Daisy Carnival to Mexico City,” said Pasquale Rotella, Insomniac’s CEO and Founder. “Everything has aligned perfectly to make this festival a reality. We have a great local partner, the perfect venue right in the middle of the city and we’re going to bring many of the creative elements that fans have come to expect from our events.”

EDC Mexico marks the second time that the celebrated festival will be held outside the US since its international debut to a sold out crowd in London during the summer of 2013. The inaugural EDC Mexico will feature four stages of music, state-of-the-art production and stage design, interactive art installations, full-scale carnival rides, roaming performers and over-the-top theatrical elements for fans to discover.

The first announcement of artists for the international festival includes:

Additional artists will be announced in the near future. The general on-sale for EDC Mexico will begin on Saturday, Jan. 18 at 9 a.m. PST. Two-day general admission tickets are priced at $113.83 with VIP tickets beginning at $276.92, in addition to service fees. VIP amenities include a separate entrance to the festival for expedited access, exclusive decks with a full cash bar overlooking the stage, private restroom facilities and a souvenir laminate and lanyard. Minimum age for VIP tickets is 18. Tickets are on sale now at www.ticketmaster.com.mx.

To stay up to date with EDC Mexico news, visit www.electricdaisycarnival.com/mexico

About Insomniac
Insomniac produces some of the most innovative, immersive music festivals and events in the world. Enhanced by state-of-the-art lighting, pyrotechnics and sound design, large-scale art installations, theatrical performers and next generation special effects, these events captivate the senses and inspire a unique level of fan interaction. The quality of the experience is the company’s top priority.

Throughout its 20-year history, Insomniac has produced more than 250 festivals, concerts and club nights for nearly 4 million attendees in California, Colorado, Florida, Nevada, New York, Texas, Puerto Rico, and the United Kingdom. The company’s premier annual event, Electric Daisy Carnival Las Vegas, is the largest multi-day music festival in North America, and attracted more than 345,000 fans over three days in June 2013. The company was founded by Pasquale Rotella, and has been based in Los Angeles since it was formed in 1993. 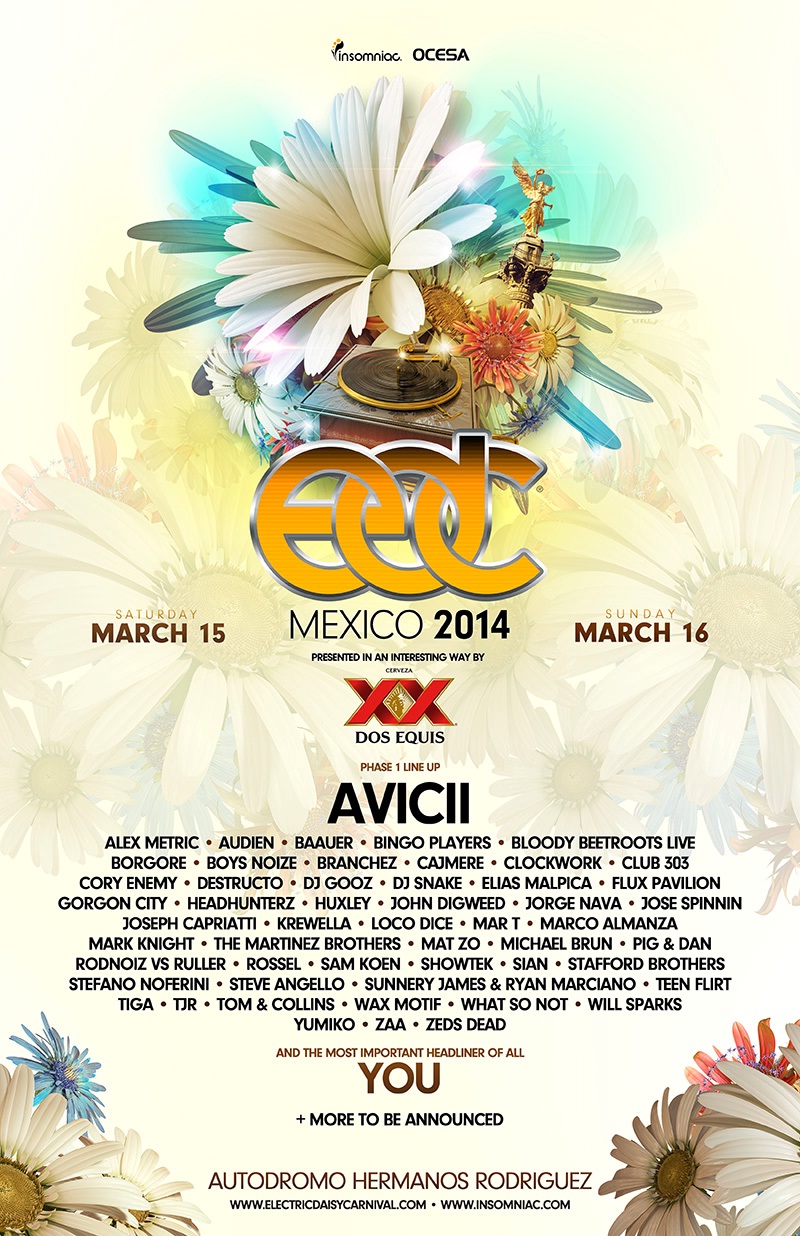 Above & Beyond Release New Video for "Sun & Moon"