Drawing influences from the festival in California, Insomniac and OCESA bring the event to the next-level with stellar lineups backed by the typical fantastical production Insomniac is known for complete with elaborate stages, ornately dressed performers, and state-of-the-art light shows. The theme continues this year with the tale of Alice in Wonderland for the single-day event on Saturday August 25th, 2020. The festival has officially released the lineup for 2020 with some first time appearances along with exciting returns.

This year, Major Lazer will be returning for the first time since their appearance at the first season of Beyond Wonderland Monterrey back in 2017. Fans will also witness the likes of Alison Wonderland, Darren Styles, Salvatore Ganacci, Timmy Trumpet, Chris Lake, CamelPhat, and Gorgon City. The lineup will also feature several exciting back-to-back sets including an exclusive set with Iztapalapa native Alan Rosales and DJ Tetris.

Tickets are on sale now and can be purchased here! 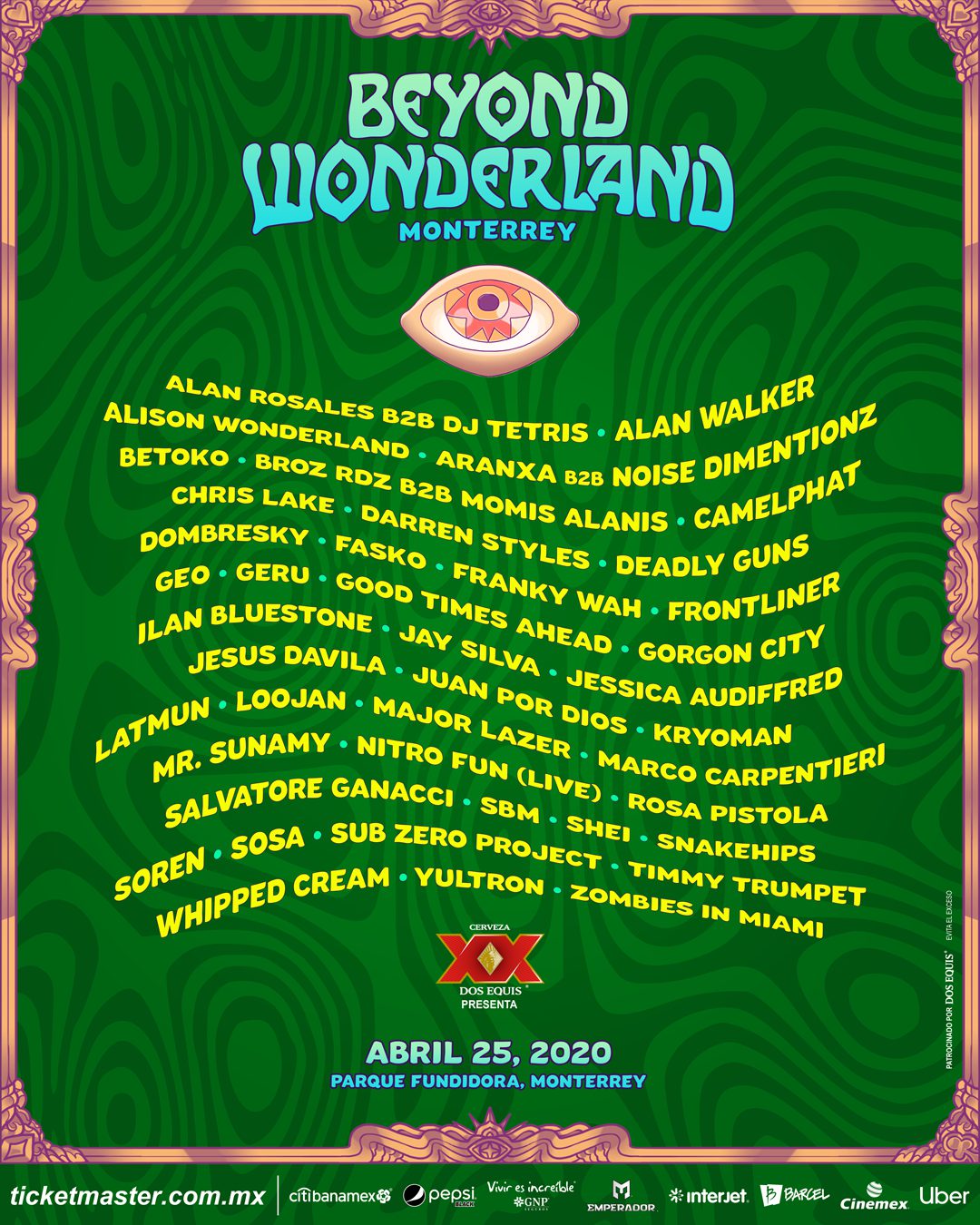 Lightning In A Bottle Reveals Phase One Of 2020 Lineup