Forbidden Kingdom Music Festival made an instant impact amongst fans back in 2018 when founder Pepe Vargas debuted the festival. The two-day festival provides a fully immersive experience that transports guests into the fiction world of the Forbidden Kingdom story crafted by the festival curators for the event. Next year, the festival features three stunning stages with the top names in bass and dubstep. Past artists have included Adventure Club, Excision, Zomboy, Bear Grillz, Wooli, and more.

According to Insomniac CEO and founder Pasquale Rotella,

“After witnessing Forbidden Kingdom’s growth, feeling the buzz it created in the dance music community, and meeting the creative producers behind it all, I know it will be a perfect fit within the Insomniac family. They’ve built something special, and when I see someone as passionate about creating experiences as Pepe [Vargas] is, I want to support the vision.”

Festival passes go on sale tomorrow October 29th at noon EST here. During the first 72 hour of ticket sales, fans can purchase GA passes on layaway for a deposit of $25 (or $109.99 each). After the 72 hours, tickets for GA are $149.99 and VIP at $249.99 (plus applicable taxes and fees). Mark your calendars and get ready for an astounding year as Insomniac takes the electronic music world by storm with yet another epic festival for 2021. 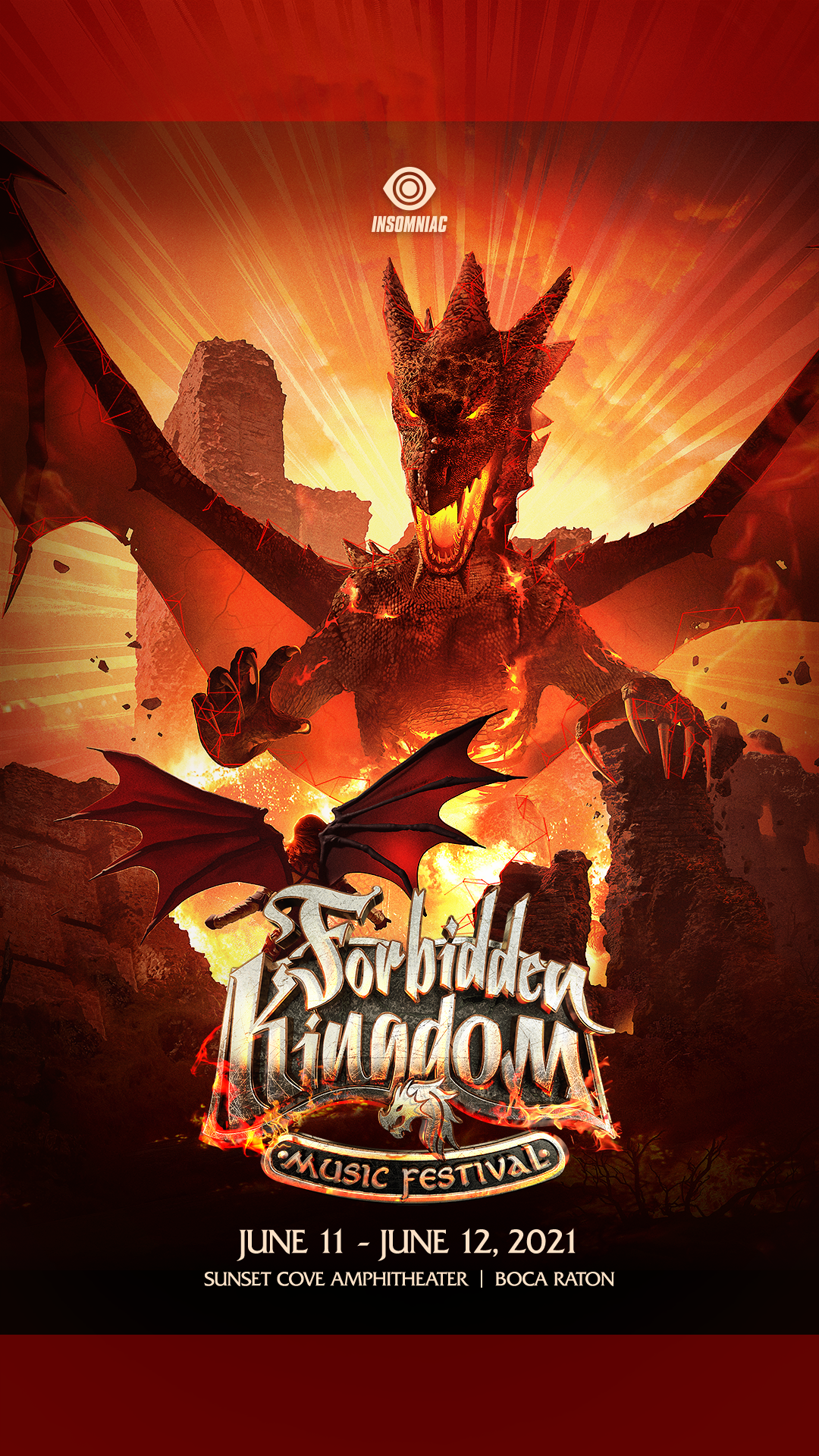