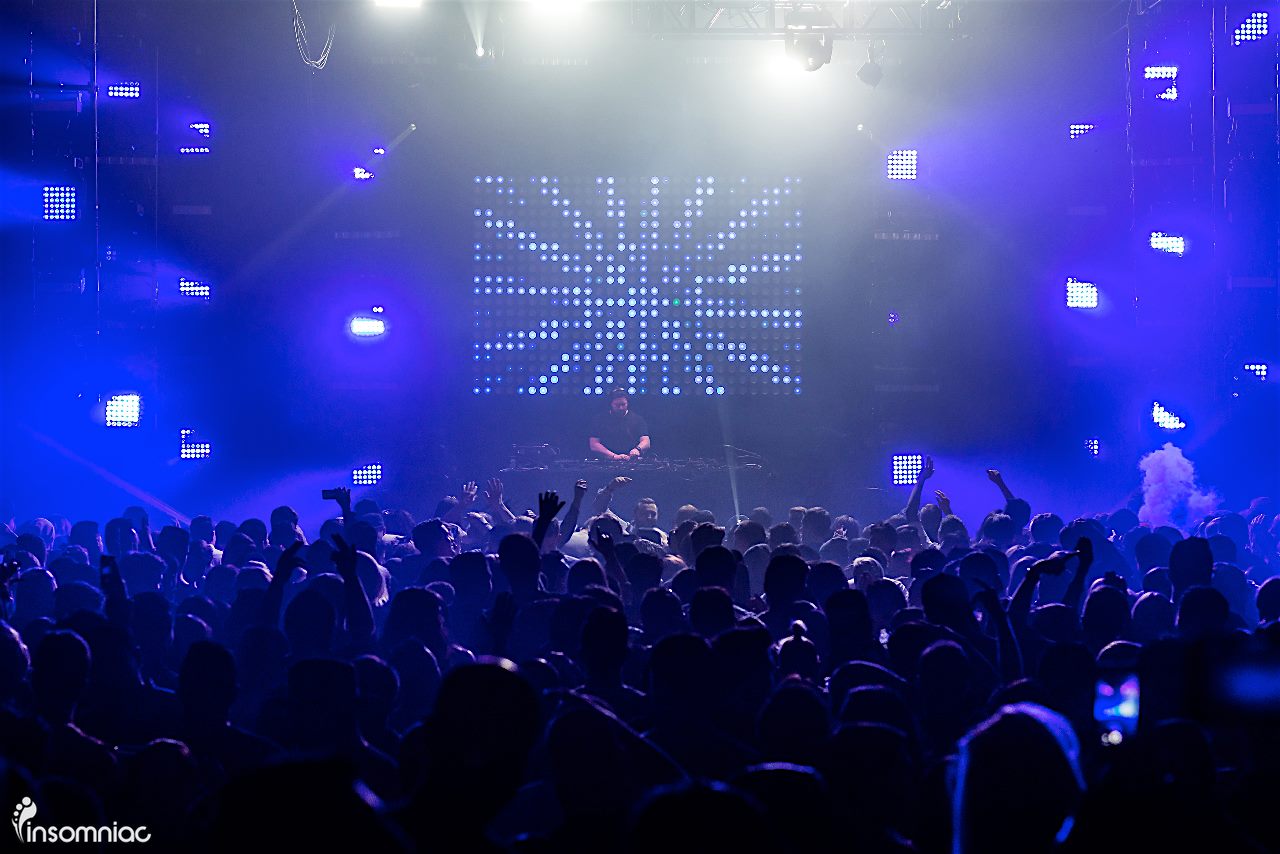 I want to commit to saying it was a Techno takeover but it was really a sexy fusion of minimal beats that pervaded throughout the Hollywood Palladium for another perfectly curated night by Insomniac.

From Tech-House to Deep-House, and even Techno all at once, Twelve-31 was a magical minimal wonderland that consisted of underground warehouse vibes that didn’t stop pulsing until 4 in the morning.

The dynamic duo, Dusky, carried with them groovy four on the floor beats that created a true underground ambience. One that in combination with buzzing NYE vibes from all over the states transcended your typical Techno journey. The kick drum managed to beat in sync with your heartbeat and it helped pour a rhythmic experience over everyone. Something only an authentically skilled DJ duo can accomplish.

That was of course of after Shiba San graced the decks with some banging’ Booty-House. Hitting everyone hard with his latest remix for Tiga’s Don’t Break My Heart, he slowly eased into his notorious signature sound that encompasses dark synth backgrounds and trippy vocal samples with funky percussion to carry you through one hell of a musical journey. With no discredit to any of the other artists that played, I have to say that Shiba’s very Dirtybird-esque set was my favorite. It was more than just a House centered NYE set, it was a perfectly hand-picked adventure that sucked you in to the Tech-House darkness as it progressed.

It was also extremely refreshing to see Insomniac take on something that was guaranteed to bring mature musical vibes out to play. The rave vibes are amazing and all but this couldn’t be farther from a rave in the best way possible. No kandi. 21+ vibes. Music focused production. What more could you ask for?

Instead of having LED light panels floating on every single wall with lazers to float above the crowd and maybe some fog machines and strobes, there was darkness. Upon walking into the palladium you were faced with a dimly lit hallway that led you straight into the musical magic. There you could find the centered stage, one square LED panel floating behind the DJ, and a couple of lights lined up in rows. I was not kidding when I said minimal. That is, in comparison to Insomniac’s positively exaggerated productions they offer at just about all of their events.

There was a moment when I walked by an older man that was dancing alone wearing a Drumcode shirt. For those of you that don’t know, Drumcode is Adam Beyer’s label whose main focus is Techno music. I was immediately drawn to him and had to give him a solid high five for being so enthusiastic. I asked him if he was there alone and his verbatim response was “Hell yeah! I fucking love this. Couldn’t miss this lineup for the world!” Remember when I said old? He followed by saying “I’ve been doing this shit for over 30 years. I’m 65 now.”

I want to say the vibes were carried out by people in their mid 20s and early 30s but it was so consistently dark in there everyone could have been 40 and you would have had absolutely no idea. It was a nice techno Goth aesthetic going on. Think everyone is dressed for a funeral with some fluffies here and there except you’re just going to dance your night away to housey loops that could circle for hours and you would be total okay with it. The vibes were so unique that you really can’t compare them to anything currently taking place in the West-Coast. I think Insomniac is on to something here…

With an influx of events taking place in LA on NYE, I am thoroughly impressed with how packed the Palladium was for Twelve-31. Hoping that Insomniac decides to bring around another installment even if it’s at a different venue. So long as they can curate another stellar lineup and bring the same vibes around, I am all for it.

If you are about that Techno life and we’re not at Twelve-31 this NYE, it’s safe to say you missed out this time around.