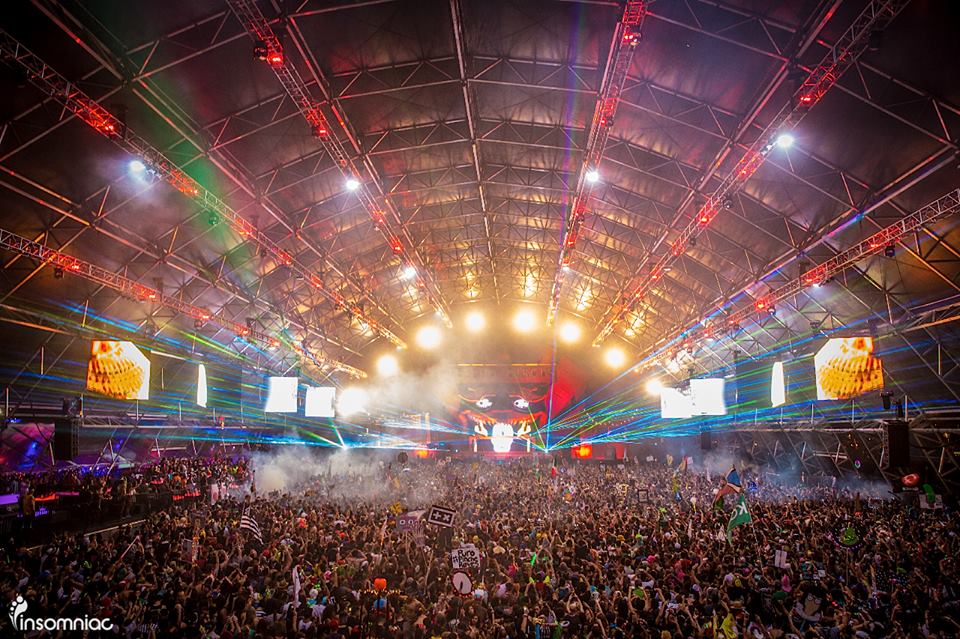 What a Halloween weekend that was!

Over two amazing nights, Insomniac Events brought the ghosts and ghouls out to play for the Fifth edition of “Escape.”

This year’s theme was “Psycho Circus” and Insomniac transported festival attendees to a more dark and sinister side of the festival scene. Greeted by scary costumed characters at every turn, Insomniac decorated with the NOS Events Center with haunted accouterments and peformers truly fit for an epic Halloween celebration.

There was a real house of mirrors, haunted mazes and epic stages that you just had to experience in person. Insomniac brought back the Slaughterhouse — a 400 foot wide structure with massive video panels and enough lasers to blow your mind. EDM heavyhitters like Eric Prydz, Markus Schulz and Above & Beyond all took the stage at the packed Slaughterhouse.

Right next door, Richie Hawtin brought back his infamous ENTER. stage. Known for it’s deep and dark techno vibes, ENTER. allowed fans to experience a world class techno experience without having to go far. The vibes inside the ENTER. stage were very European-esque and reminded us those late night Techno clubs in Amsterdam. With Escape’s heavy trance lineup, the ENTER. stage provided enough techno beats fit for a king.

Insomniac once again proved that production and experience is at the heart of it’s world-class festivals. Surely there were other Halloween events to choose from, but Insomniac delivered one of the most diverse festival lineups and VIP ammenties that make the festival worth every penny. The VIP expeirence allowed fans to take a break from the crowd, elevated platforms and they enjoy their very own bathrooms and private bars. What else could you ask for?! The VIP experience was definitely stepped up and felt luxurious. We particularly liked the craft beers they were serving — talk about quality!

Halloween has become a year for many to turn to festivals for new and exciting experiences. Even in it’s fifth year, Insomniac brought their A-game and proved why they are one of the best promoters out there. The experience, production and music continue to sepearate them from the rest in a very saturated festival scene. Insomniac has a few events lineup for the rest of the year, inlcuding their two-day Dreamstate event and Countdown New Years Eve, both at the NOS events center.

We’ll see you there!