As a new year dawns, the electrifying beats of drum and bass are rumbling up from the underground in the US. The name Justin Hawkes appears amidst a wave of new names bringing this genre to North American stages today, but in reality, the Austin-based D&B producer whose real name is Justin Hellier is anything but new to the scene.

Hellier appears on internationally-renowned D&B labels like UKF and  Hospital Records, and his career reaches across the Atlantic and beyond– but it hasn’t all come easy.

In the wake of a snow-riddled tour, Hellier chats with EDM Maniac about how his passion for expressing himself through D&B propels him through big changes and over steep challenges toward a vision of expansion for himself and the genre. 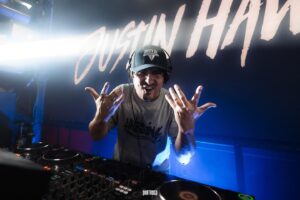 EDM Maniac: So you recently released your first-ever album, Existential, which received a nomination for Best Album and Best Track by the 2022 Drum Bass Arena Awards. What inspired you to release this album?

Justin Hawkes: So I waited quite a long time to release an album. As an artist,  I think it’s important to time that right. For me, it came after I retired the Flite project in 2020, which happened because of a naming conflict.

The founder of UKF stepped in and said “Hey I wanna help you work through this, let’s put out your album.” I hadn’t even thought about it up to that point, but I decided “OK, yes let’s do it.”

EDM Maniac: What do you think made this album so impactful?

Justin Hawkes: A lot of this album is really internal and it manifests as a sort of self-portrait, each track represents a piece of my journey.

The name Existential reflects the questioning I’ve done while going through some big changes as an artist, and part of it is political, you know with America being full of lots of tension today, and that’s something I’m quite sensitive to. 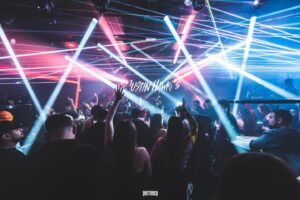 EDM Maniac: Which track would you say is most meaningful to you?

Justin Hawkes: At the core of the album is the track “Tragedy, Humanity”, and it deals a lot with grief. I think grief is tragically beautiful because every human on the planet can feel grief.

That could have the power to bring us together and feel compassion for each other–and when it doesn’t, that’s a tragedy.

EDM Maniac: So you decided to change your name from Flite to Justin Hawkes due to a naming conflict with another artist, how did the issue come up?

Justin Hawkes: I came up with the name Flite when I first started making music at 17,  living in a small town in Virginia.  I had been using the name ever since, but It turned out there’s also a UK-based artist who goes by the name DJ Flight, and she’s a pretty notable and well-established artist in the drum & bass scene.

When my bubble of D&B and her bubble collided, a lot of people were not happy with me because they believed I was sort of trying to step on her coattails. The whole thing exploded into a Twitter war where I was even getting death threats. 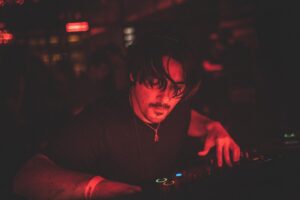 EDM Maniac: Wow. How did you navigate such an intense challenge?

Justin Hawkes: It was a bit of a traumatic period for me. You feel like the fate of the career you’ve worked on for a long time is in the hands of the public, and that hurt a lot.

It put me in a sort of existential question about whether I have a right to belong as an American D&B producer and as a creative operating in a field that is culturally very different than mine.

It was a painful process, but I eventually decided I do belong and that my contributions are genuine, so I decided to relinquish the name and went from there as Justin Hawkes.

EDM Maniac: What keeps you loyal to the drum & bass scene despite everything you’ve gone through, even as other genres draw a bigger following in the US?

Justin Hawkes: In drum & bass there’s so much room for variety and mixing that, as a creator, I can really do anything I want.

It’s very technical, so you can mix sounds to change up the mood and progression in everything from even the softest drum and bass music all the way to the really intense black hole stuff. I really love that about the genre. 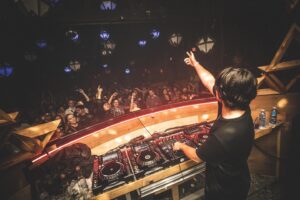 EDM Maniac: Why do you think the D&B scene evolved differently in the US than in Europe?

Justin Hawkes: I’d say drum and bass had more time to take root and spread throughout Europe and the rest of the world.

I think what really made a difference between how well it spread in those places versus the US is America’s monstrous amount of space and a lack of transportation between cities. Meanwhile, the rise of dubstep coincided with the rise of EDM festivals in the US.

EDM Maniac: Where do you see the US drum & bass scene going in the future?

Justin Hawkes: Well in 2022, I think we saw D&B get more attention thanks to new artists putting the scene back on the map, and festivals picking up D&B acts this year was really helpful to more people discovering the scene. I think there’s definitely more potential for the US scene. 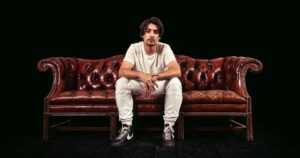 Justin Hawkes: After pouring myself into such a diverse statement of an album, I feel free to do some other things I want.

One of my biggest motives is to bring the US a great drum & bass experience, and I want to keep building on that. I’m hopeful that I can facilitate a crossover with some European D&B brands and creators, and I’d love to see American brands step up to the plate to bring an international-level experience here.