Ion Festival 2023 Shares Its First Round Of Artists

Ion Festival in Dhermi, Albania has introduced their first batch of artists for the event’s second volume in 2023. Seven days of celebration in September are in opulent supply with hundreds of artists set to touch down on the Albanian shores.

From September 6 through 13, 2023 party goers can forecast Detroit’s highly demanded DJ Stingray 313’s return to the shore, the jazzy, robust rhythms of Chaos In The CBD, DJ Seinfeld,HAAi, Helena Hauff, Gene on Earth, Storm Mollison, and much more. Additional acts are projected to be announced to the lineup in the months leading up to the festival.

Besides spoiling attendees with a week of raving on the beach and a massive lineup, the festival also offers wellness activities, spiritual experiences, and even the opportunity to make day trips to the island of Gjipe or The Fort where more stages can be found.

The Ion Festival’s debut was meant for 2020, but due to schedule interruptions due to the pandemic, 2022 was the year of its official launch. With Ion’s successful first appearance and postponements as a thing of the past, a bright future is ahead for the event which has already sold out early bird ticket packages.

Check out the initial lineup for Ion Festival 2023 below. Click here to purchase tickets. 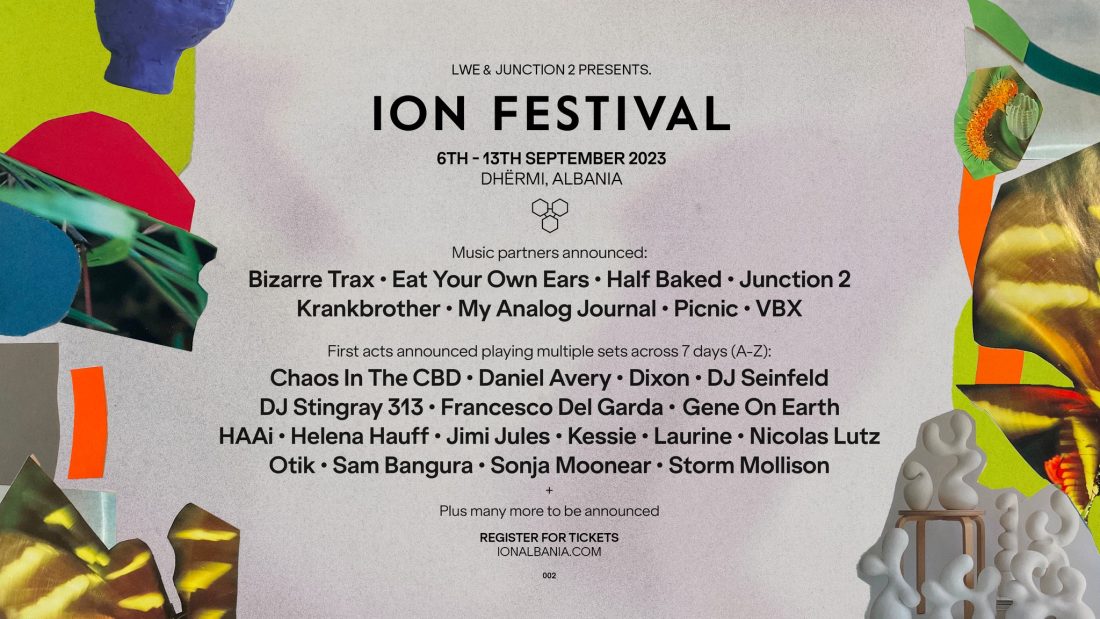 Why It's Important To Use Hearing Protection At Shows And Festivals