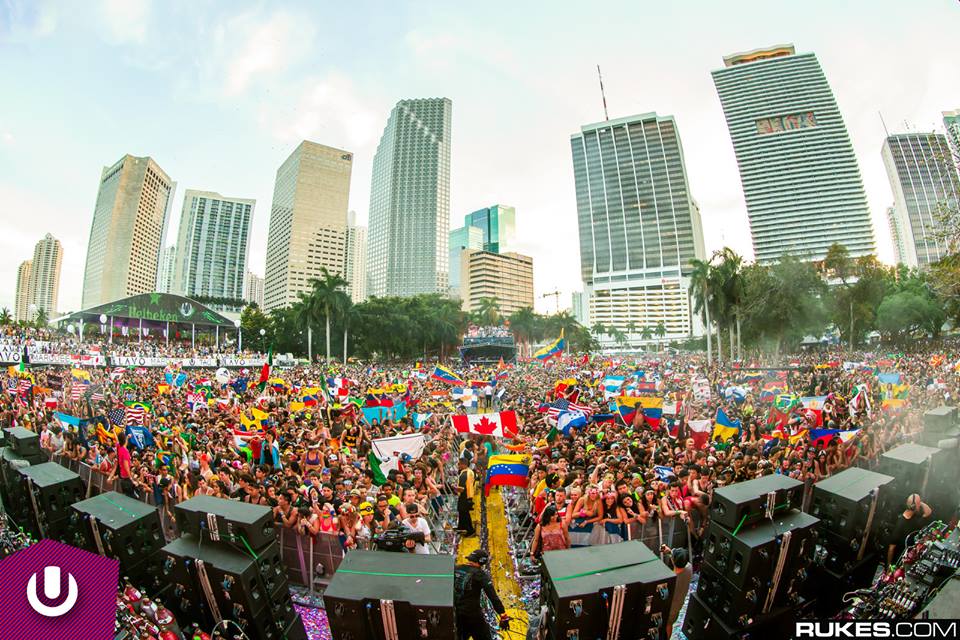 Miami, FL –  A city built on sun soaking days, beautiful culturally influenced minds, and home to one of the most sought out music festivals in the world of electronic music, the Ultra Music Festival. The 16th annual Ultra Music Festival returns to the tropical weathered shores of downtown Miami at Bayfront Park for a weekend full of some of the most iconic artists from all across the world.

Legendary musical artists such as the techno king Carl Cox to the State of Trance legend Armin Van Buuren will grace the grounds of the Ultra Music Festival with their presence. Up and coming artists such as Ansolo, Jesse Andrews, to Kygo will make their debut at the festival known for launching artists to stardom through a variety of stages and accredited sets.

Boosting five major stages alongside a few other smaller performing platforms, the Ultra Music Festival year after year never fails to revolutionize the way a combination of sights and sounds are showcased at a major music festival. This year we welcome back a brand new set of revolutionized stages all set to captivate audiences from around the world with technological advancements within a festival atmosphere.

The iconic Ultra main stage never fails to bring some of the biggest talent in the world. From selling out venues to making a unique sound in the electronic music, genre artists such as 3LAU, Oliver Heldens, Michael Calgran, will all be making their main stage debut among some of the best such as Axell /\ Ingrosso, Alesso, and Tiesto to name a few.

The Carl Cox and Friends/State of Trance mega dome structure (known for an interactive LED ceiling) returns once again to Bayfront Park with an impressive lineup of its own. Housing two of the biggest DJs/producers in the world (Carl Cox and Armin Van Buuren), it’s not surprising that these two respected musical legends would get their own stages to showcase themselves and their friends/successors within the same genre.

Acts known for having a live presence such as Clean Bandit, Kiesza, and Porter Robinson will be performing their live acts from the Live Stage at Ultra among others known for using instruments for a live in the moment sound.

With the Winter Music Conference kick starting the festivities leading up to the Ultra Music Festival, there never is a dull moment within the Miami City limits. World class acts line the streets through an array of pool parties and mixers.

Year after year thousands of people travel from all across the world to witness this glamorous festival in all its glory, this year is no different. As the minutes get closer, the EDM Maniac team is glad to be returning once again to this years festivities. Walking down the street leading up to Bayfront Park, there is no shortage in advertisement that the city welcomes the Ultra Music Festival.

The Ultra Music Festival will be conducting a live stream through their Twitch partnership at http://www.twitch.tv/ultra powered by 7-UP so you will not miss out on all the musical action all from the comfort of your own choosing. Enjoy the show!