Jamie Jones is bringing his revered party brand, Paradise, back to New York. On September 25, 2021 the Ibiza-based event series will take over the entire Avant-Gardner complex which includes The Brooklyn Mirage. As usual, the lineup is stacked with frequent cohorts of Jones like the Chicago house legend, DJ Deeon, as well as some impressive newcomers like a live set from LA’s own Shaded.

Perhaps most exciting on the lineup is the United States debut of Opus 1, a full-on orchestral project lead by Jones and London-based Kate Simko. In addition to the two of them manning an intricate command center of hardware, a string quartet and harp contribute live sounds to the performance, combining effortless instrumentation with groovy beats.

Jones has brought Paradise to The Avant Gardner since 2017, invigorating the party with the NYC energy that inspired it:

“People often ask me why I called the party ‘Paradise,’ you know it’s kind of an obvious name in many ways, but to me it was because what I thought was lacking in Ibiza was what I always had in my mind that the Paradise Garage was – a crowd of musical minded adults who were dancing the night away with amazing colours all around them and just a real feeling of creativity and musical energy. So the name Paradise came from that idea.” – Jamie Jones

Check out the full lineup for Paradise New York below. Tickets are available here. 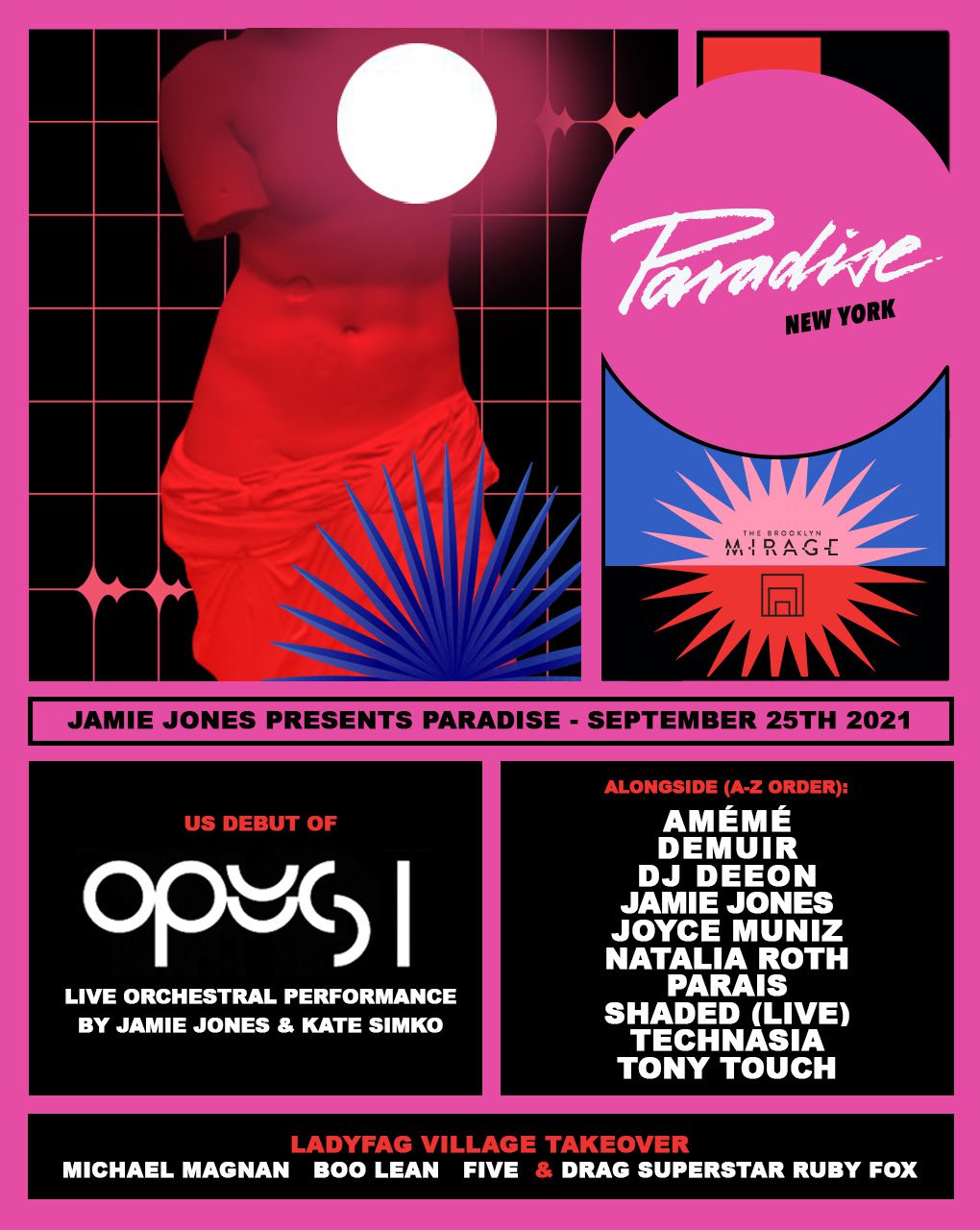