Jauz Hits The Shrine In LA for Dangerous Waters Tour

The waves are getting saucy as The Dangerous Waters Tour slowly approaches. Jauz will be hitting The Shrine Auditorium in Los Angeles just next month on Friday, February 7th. You won’t want to miss tracks from his debut release The Wise and the Wicked. 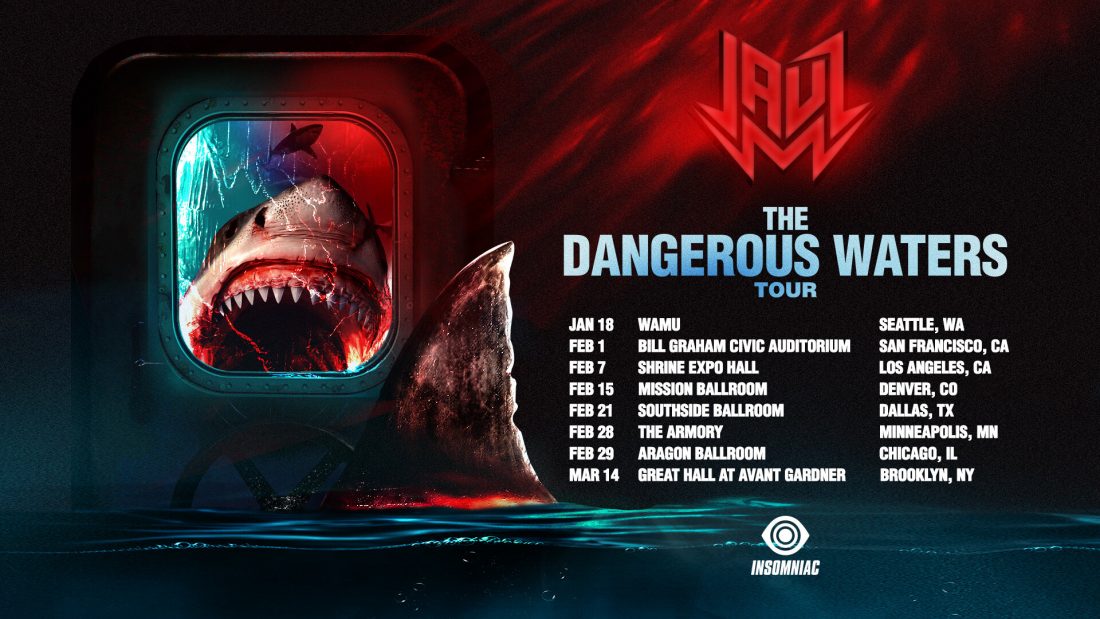 2019 was a huge hit for Jauz as his “baby shark” remix went viral and he was able to explore new sounds and styles with his compilation This Is Off The Deep End. Jauz will be traveling all around the world as he plans to land in Seattle, Denver, Dallas, and Brooklyn. A North American tour is nothing without Los Angeles, though.

“Everything I’ve done this year has been leading up to this… the biggest, craziest tour of my career. I can’t wait for you guys to see what we have in store for you.”

Tickets are available now via AXS for around $35.

Your Complete Guide To Ultra Worldwide