As a part of his North American Fall Tour, Summit will bring all his groovy hits to the famed Los Angeles venue, The Shrine, on Saturday, October 1. The fall tour is an extension of his summer tour and spans five months, from July to September.

Summit has had a record-breaking year. He performed at Tomorrowland, Lollapalooza, and Coachella, and “In Chicago”, his first release on his own label Off The Grid, reached #1 on Beatport. His latest track, “What a Life,” has already reached over one million streams on Spotify since its release earlier this month. 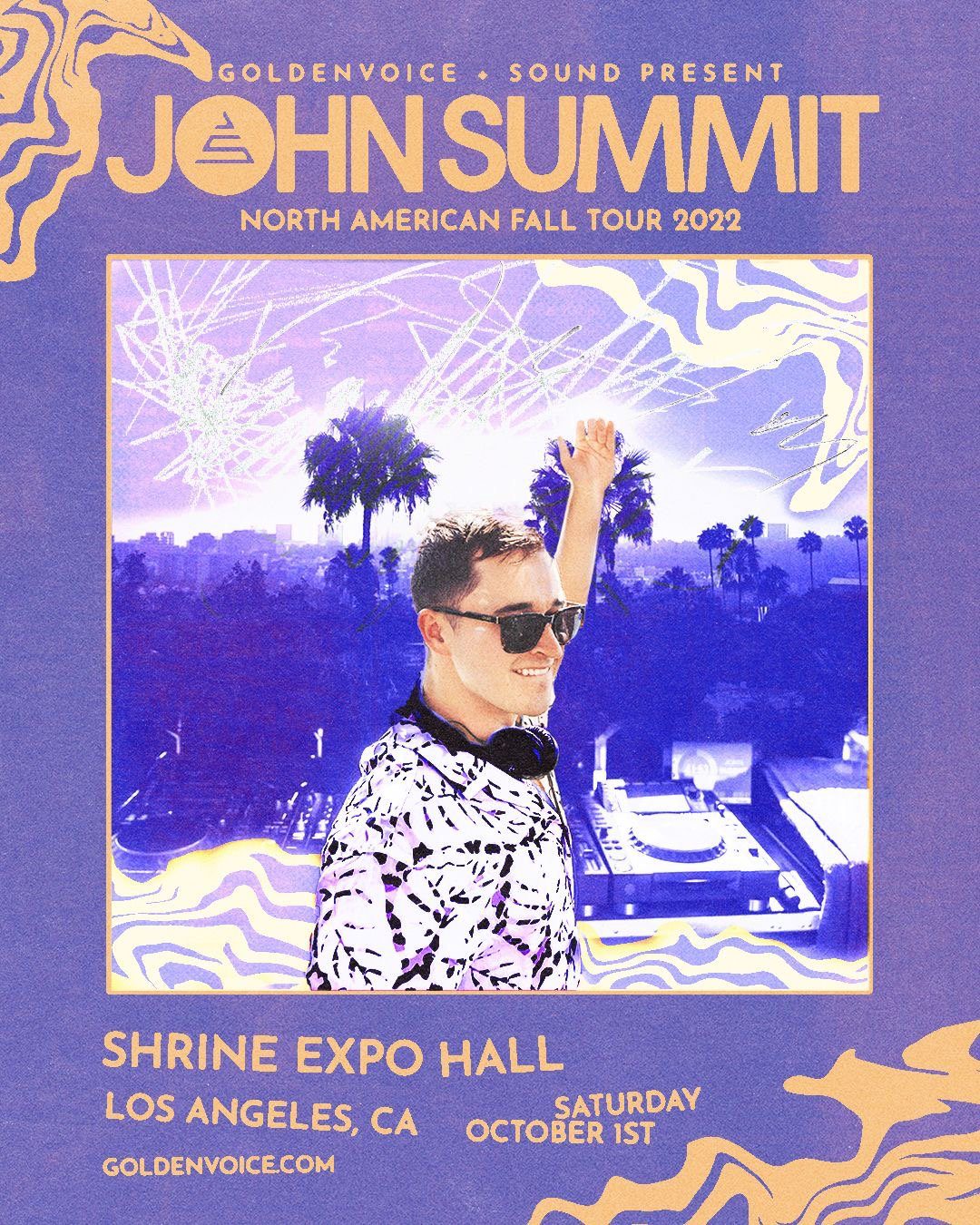 All images from John Summit