Joseph Capriati is joining the legendary list of resident DJs on BBC Radio 1 this November. He will host four carefully crafted sets to showcase his inspirations and music from the past, present, and future.

Capriati is a diverse artist rooted in techno, but with influences all across the genre spectrum. His debut album Metamorfosi on his own Redimension label has melodic and ambient elements that further create an atmosphere that is both dreamy and moody.

After over a decade in the music scene, he’s performed at legendary techno festivals and venues like Time Warp, Monegros Festival, WMC Miami, Fabric, and Berghain.

This summer Capriati hosted his own exclusive parties at Amnesia in Ibiza, continuing his mark on the global dance music underground. This new residency shows that Joseph is a global tastemaker and will allow him to share some of the music he loves the most with the world. 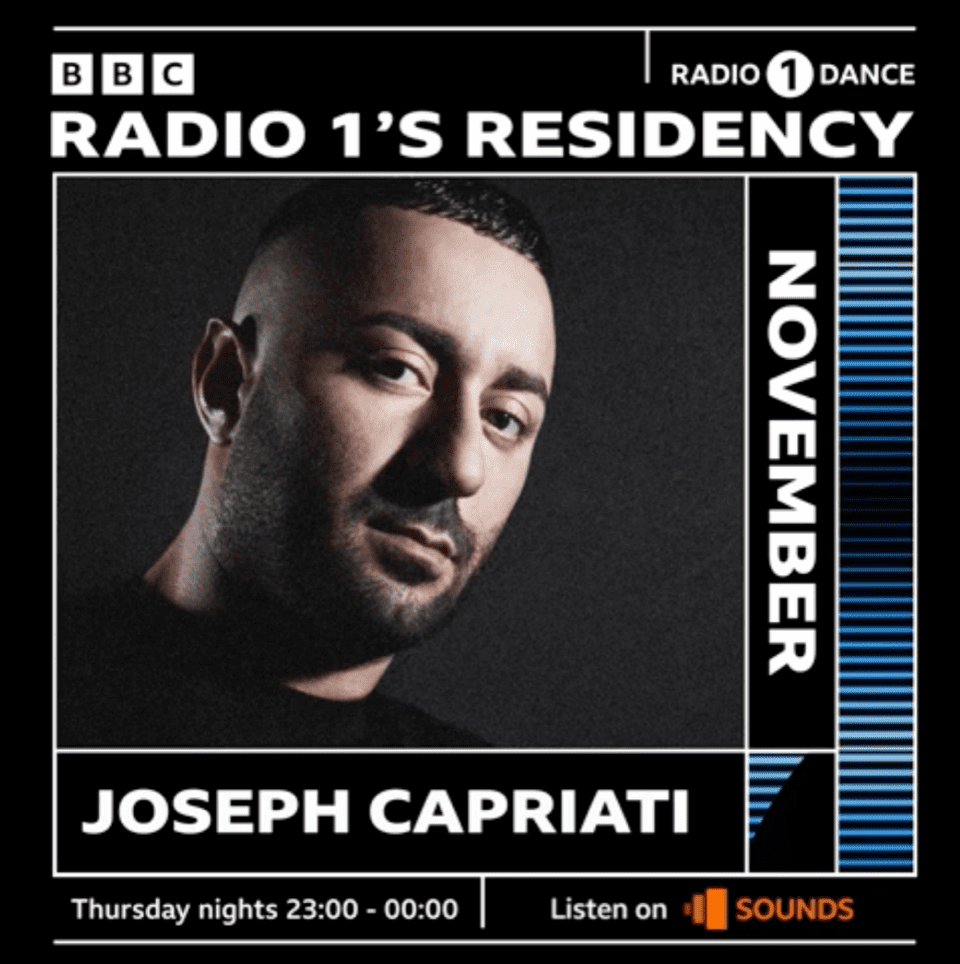