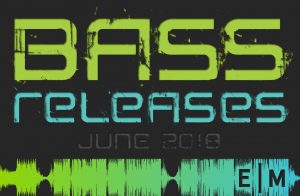 Another month, another batch of bass releases for you fam! June brought some of the heaviest shit to the game that I’ve heard in a hot second. So without any further intro, here are EDM Maniac’s Best Bass Releases from the month of June. Enjoy my dear headbangers 🙂 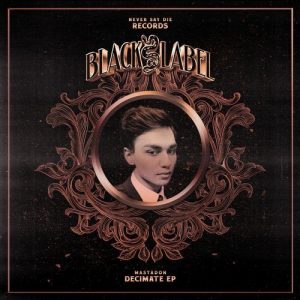 Decimate
Artist: Mastadon
Record Label: Never Say Die: Black Label
Release Date: June 25, 2018
Why it’s dope: This one is at the top of the list for a damn good reason. This kid is killing the damn game at 17 years old. Listening to something as heavy and aggressive as Decimate would you ever guess that? The Australia-based producer has been working on his craft since his early teens and is finally starting to explode onto the scene with his second release on Black Label within the past year. Three out of the four tracks on Decimate EP have appeared on the Beatport Top 100 dubstep tracks since its release. If powerful, gnarly dubstep is your thing, Decimate needs to be on your playlists ASAP (if it already isn’t). 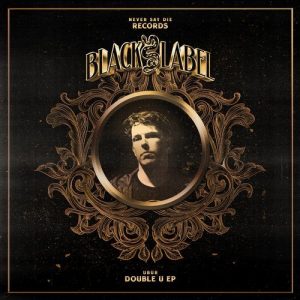 Double U
Artist: UBUR
Record Label: Never Say Die: Black Label
Release Date: June 15, 2018
Why it’s dope: UBUR’s Double U is embodies everything a dank dubstep release should be. Melodic sounding buildups turn brutal real quick before his choppy signature sound throws listeners for the ride of their lives. His tracks do a phenomenal job of building up the hype before super filthy, gritty drops. Teaming up with Subtronics on “Drip Drop” and Aweminus for “Knuts” showcases the depth, yet compatible nature of UBUR’s production skills.  Another perfect fit for Black Label and another win for headbangers everywhere. 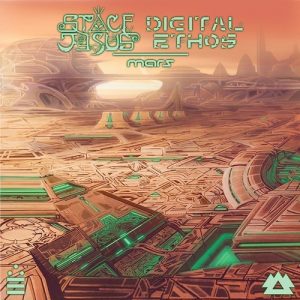 Mars EP
Artist: Space Jesus and Digital Ethos
Record Label: WAKAAN
Release Date: June 6, 2018
Why it’s dope: When I heard these two were teaming up for an EP I lost my shit. Two of the biggest names in free form bass music bringing their talents together? *drools* This two track EP is an absolute experimental masterpiece that will make listeners question if they’re even in this universe anymore. The basslines and breakdowns in each song are weird and wonky as the WAKKAN label-mates flawlessly integrate their own personal production skills into one EP that’s too good for this planet. A limited-run, custom Mars printed vinyl of the EP was just released on WAKAAN a couple days ago, snag it while you can fam! 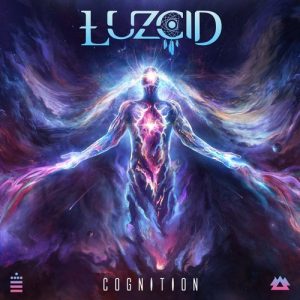 Cognition
Artist: LUZCID
Record Label: WAKAAN
Release Date: June 29, 2018
Why it’s dope: For his second release on WAKAAN in less than a year, LUZCID did it big. Cognition has a way different sound than the experimentalist producer’s previous releases which shows the intricacy of his production skills. A recent press release said it best that the EP ” draws inspiration from all corners of the electronic music spectrum, lending heavy nods to old-school dubstep and evolutionary trap whilst calling upon elements of
glitch-hop and ambient with effortless appeal.” The EP also features collaborations with dubstep producer Dirt Monkey, Hip Hop/EDM artists Born I and producer/vocalist Megan Hamilton. LUZCID’s mesmerizing sound design, solo or in a collab, throughout the EP and each of its 8 track is incomparable. 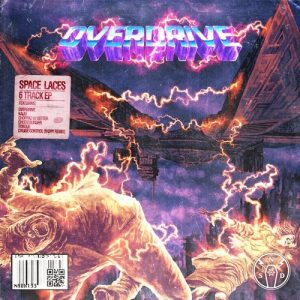 Overdrive
Artist: Space Laces
Record Label: Never Say Die
Release Date: June 6, 2018
Why it’s dope: It’s still so hard for me to believe that this is Space Laces’ debut album with all of the bangers he’s put out with Excision over the years. All I can say is that this EP was well worth the wait. It’s one of those albums that has pulverizing power but still maintains a vibe meant for dancefloors. Combining forces with fellow dubstep producer Getter the duo combines machine gun sounding synths with some nasty buildups and ferocious drops to  create the third track of the six track EP. 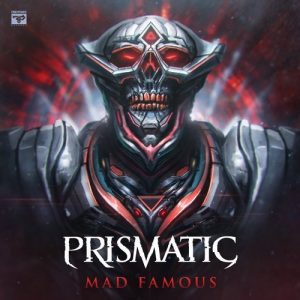 Mad Famous
Artist: Prismatic
Record Label: Firepower Records
Release Date: June 29, 2018
Why it’s dope: I haven’t really been following Prismatic too closely but I sure plan to from here on out. Dude’s got mad crazy ominous sound design technique that goes hard on all 4 tracks of this release. It’s the buildups though that make his drops filthier and filthier as each of the songs progress. The second you start to vibe out to a buildup, it rips you up and throws the bass right in your face. The final track of the EP, Badman, is probably one of my favorites as it mixes some reggae undertones into the intro before powering through to the first drop. *shivers* So perfect. 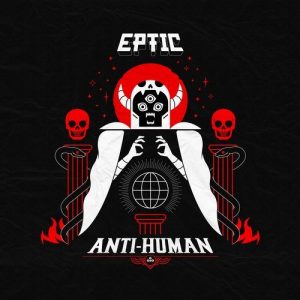 Anti-Human
Artist: Eptic
Record Label: Never Say Die
Release Date: June 22, 2018
Why it’s dope: A rather appropriate name for the EP that will make you want to rage your face off. Eptic seems to go back in dubstep time a bit here with some old school buildups and breakdowns. But it’s not your typical kinda shit, every time you think you can predict a drop he switches it up on ya. Anti-human is relentless, hard and headbanging evoking all in one. The EP continues to gain momentum through each of his three tracks before reaching the fourth: A remix of “Hold me Back” by Trampa. 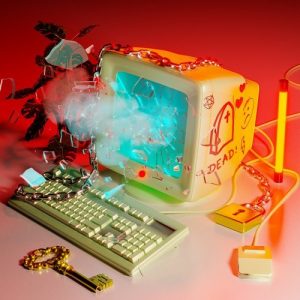 Textacy Remixes
Artist:  Various Artists
Record Label: Rottun Recordings
Release Date: June 26, 2018
Why it’s dope: Usually, I don’t pay too much attention to remix EPs TBH but this one made me double take so quick I damn near gave myself whiplash. I didn’t think Dion Timmer’s “Textacy” could get better but oh was I mistaken. Dion invites EDM geniuses Tisoki, G-REX, Wooli and Ivory for their take on his popular tracks “Textacy,” “Tell you Why,” and “Berzerk.” My favorite tracks on the EP of remixes are the last three. Dubloadz takes hold of Dion’s track “Cyan” (which originally was this ethereal, glitchy track with great vocals) and rips it to shreds. I mean that in the absolute best way possible. The two stand out tracks on the EP though were the remixes of Dion and Excision’s “Hoods Up.” I love seeing how different artists take on the same songs. Figure’s horror-step rendition of the track is absolutely ferocious. But a newer name on the scene (who’s been murdering the game recently), He$h threw down on this track. The first drop is insane and he maintains the same savage momentum throughout. 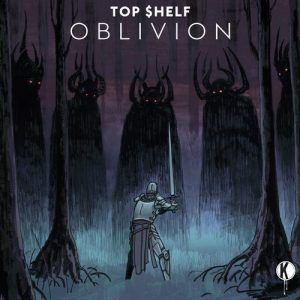 Oblivion
Artist: TOP $HELF
Record Label: Kannibalen Records
Release Date: June 20, 2018
Why it’s dope: You wanna talk dark and sinister dubstep you need to have TOP $HELF on your radar. The producer’s sophomore release on Kannibalen is a mix of heavy bass, rock n roll guitar samples and trap influences. All in all, it’s something you could dance to and break your neck to at the same time with its knocking, gritty basslines and ominous vocals. The trap music feel becomes more prominent in tracks like Cookin and Stacks, but the tunes still maintain the same rapid-fire breakdowns with stamina and an unparalleled attitude. 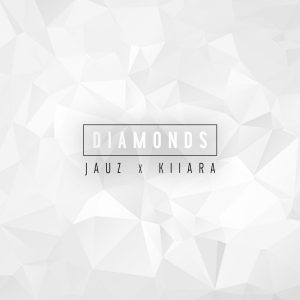 Diamonds
Artist: Jauz X KIIARA
Record Label: Bite This
Release Date: June 8, 2018
Why it’s dope: I see some melodic experimentation from Jauz as he teams up with vocalist Kiiara on this track. The tune maintains its wonder and beauty throughout but also features some deep synths, breakdowns and buildups. Diamonds will be featured on Jauz’s upcoming album which still doesn’t have an exact release date but hopefully will be soon. 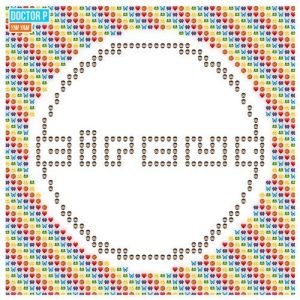 Yim Yam
Artist: Doctor P
Record Label: Circus Records
Release Date: June 15, 2018
Why it’s dope: Doctor P is back with his second earth-shattering single of the year on his imprint. The tune is a sure-fire hype track with it’s heavy, high-energy buildups and signature Doctor P sounds. The tempo slows down a bit about halfway through the song as he rebuilds the energy all over again; except this time quicker and even harder. 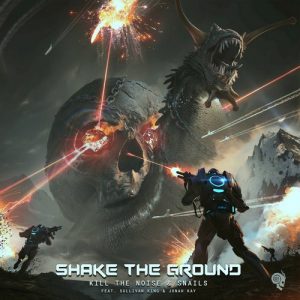 Shake the Ground
Artist: Kill the Noise, Snails featuring Sullivan King and Jonah Kay
Record Label: SLUGZ Music
Release Date: June 27, 2018
Why it’s dope: You wanna talk about a good song to rage out to, meet  Shake the Ground. The track comes in with a banging buildup featuring the intense metal vocals and guitar stylings of Sullivan King and Jonah Kay. The two very distinct styles of Snails and KTN are flawlessly integrated in this track. Toward the tail end of the song, the tempo picks up a bit faster and heavier, throwing listeners into an insane bass stupor. 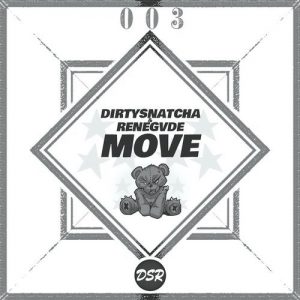 Move
Artist: DirtySnatcha, Renegvde
Record Label: DirtySnatcha Records
Release Date: June 29, 2018
Why it’s dope: These two producers teamed up for ‘Move’ and it’s everything solid and filthy that a riddim track should be.  Its banging bass and deafening, industrial strength breakdowns are sure to get any crowd moving that this track hits. 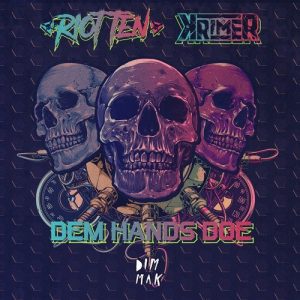 Dem Hands Doe
Artist: Riot Ten and Krimer
Record Label: Dim Mak Records
Release Date: June 15, 2018
Why it’s dope: Seeing two of my favorites team up for a track got me all sorts of excited until I actually listened to it and DAMNNN… DAT DROP DOEEE. Talk about a rail bender, this song is absolutely insane. Synths that scale the sound spectrum build up until the first drop that’s just, ruthless. The duo maintain that same level of savagery throughout the track, making each drop filthier than the one before. Perfection, boys. Thanks for the banger. 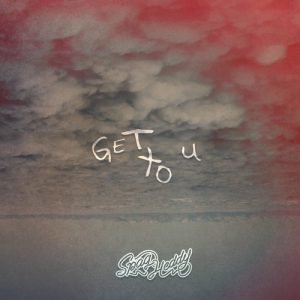 Get To U
Artist: Spag Heddy
Record Label: Tomato Bass
Release Date: June 21, 2018
Why it’s dope: With an intro that sounds like it’s come right off a piano in the 1930s, Spag Heddy brings some weird samples and autotune vocals to the table to build up this track. Don’t let that fool you though, this track still goes hard. As the song progresses, it quickly builds up to some of the producer’s infamous basslines and breakdowns. Definitely a track you’ll wanna get strange too.