Update: It looks like Dillon Francis and Tiesto will also be making a donation!

The tragedy in Las Vegas has struck a chord with many people across the world, including prominent artists in the dance community.

Announced in a press release, Diplo has donated $100,000 to the the victims of the Las Vegas Shooting. Diplo’s donation will go to the fund set up by Clark County in Nevada and will be distributed directly to the victims and their families.

Diplo also took to Twitter with the news and encouraged DJs and hotel owners to match his donation. 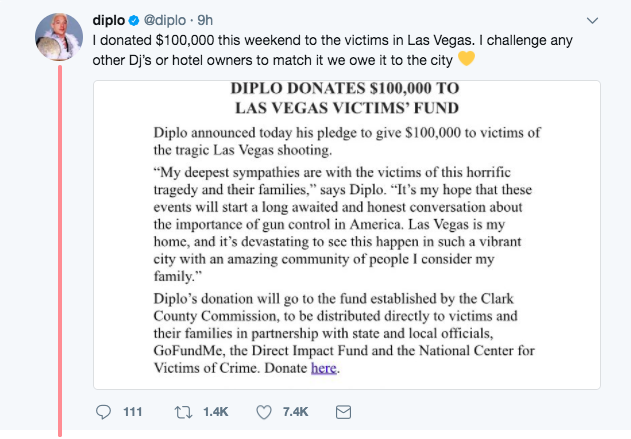 One of the first already appears to be Kaskade, who simply replied “count me in.”

It’s truly amazing to see our community come together at this time. For those wanting to donate to the fund, you can do so here.

Staying Strong In The Face Of The Las Vegas Tragedy