Headbangers rejoice as heavy bass/rock artist Kayzo unleashes his biggest show to date: Kayzo Unleashed XL at the Kia Forum on May 6, 2023.

The gigantic event is in partnership with Insomniac, who helped jump-start Kayzo’s career ten years ago after he won the Discovery Project at Escape in 2012.

The young producer was about to finish at the celebrated ICON Collective production school and had only been producing for around nine months when he competed, kicking off his career by performing at one of Southern California’s biggest festivals.

Since then, he has defined his sound as a combination of rock and dubstep, and skyrocketed to headlining performances all across the country including Coachella and Electric Zoo.

The celebrated producer has also gained major industry notoriety and worked with some of the top names in bass like ATLiens, Sullivan King, Black Tiger Sex Machine, and DNB icon Delta Heavy. 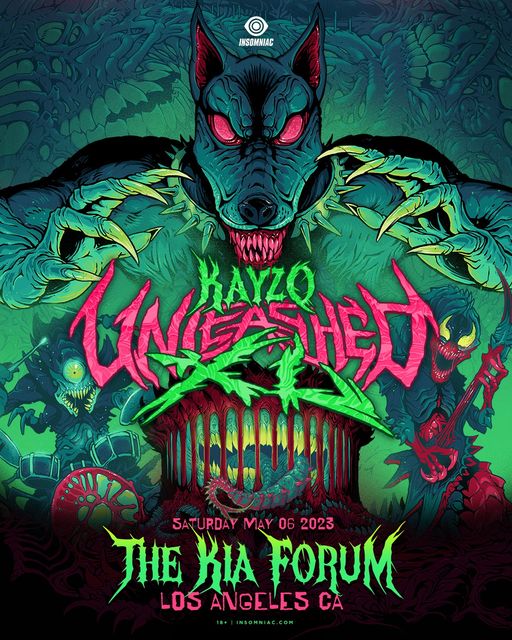