Keinemusik Is Coming Back To Los Angeles

The revered dance music trio referred to by their label title Keinemusik are returning to LA for a seven-hour set. &ME, Adam Port and Rampa will land in Chinatown’s Gin Ling Way on October 16. This will be their first performance in Los Angeles since 2018. Yet despite their relatively taciturn approach, the Keinemusik crew are some of the most in demand artists in dance music at the current moment.

Known for their symphonic and organic rendition of house and techno, the trio have remarkable chemistry as DJs and producers. The latter of the two is proven by their 2017 collaborative album You Are Safe, with their second album expected later this year.

Between albums they have welcomed new artists to the label, expanded their merch line, maintained the Keinemusik radio show, and even made a virtual appearance in Grand Theft Auto Online. Now, with the pandemic clearing up, they are ready to take their signature sound back on the road.

&ME, Adam Port, and Rampa will play Keinemusik Block Party at Gin Ling Way in Los Angeles on October 16, 2021. Tickets are available here. 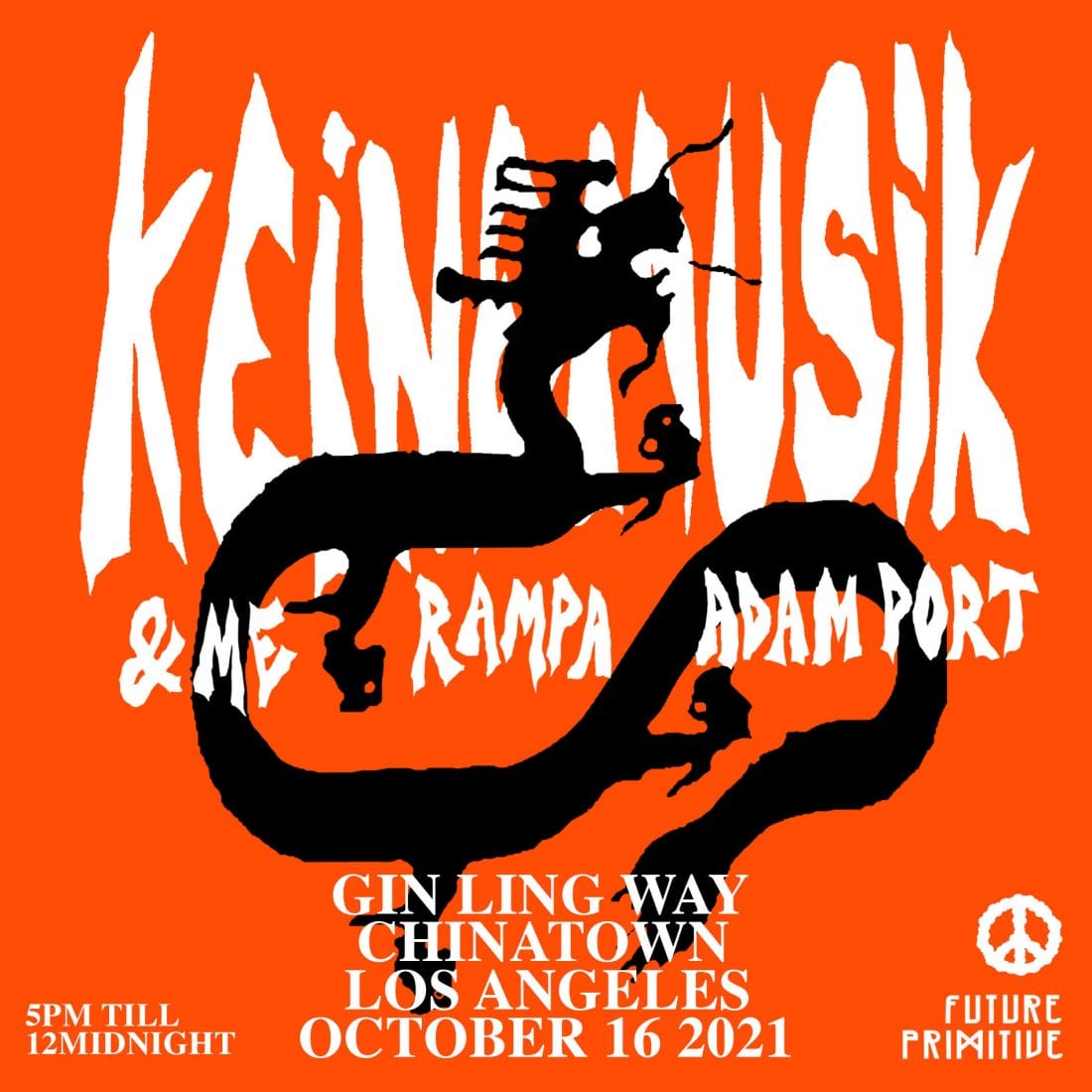 The EDC Orlando Lineup Is Here And It's Epic!