The iconic duo Kx5 just revealed the full artist support for their highly-anticipated performance at the Los Angeles Coliseum and it’s just as incredible as the historic venue.

Anna Lunoe has collaborated with huge artists like Nina Las Vegas and Wuki, has had her originals remixed by Boys Noize and Chris Lorenzo, and has even performed at Coachella. Triple XL is a legend in his own right, personally DJing for the Jonas Brothers and opening for Jay Z, Snoop Dogg, and Ciara.

The two will join previously announced headliner John Summit, who has skyrocketed to the top of the dance music scene. John Summit recently sold out two back-to-back nights at The Shrine in Los Angeles where he showed off
his groovy sound and ventured deeper and darker with some dark techno tracks.

Tickets for the Kx5 show at the LA Memorial Coliseum on December 10 are still available here. 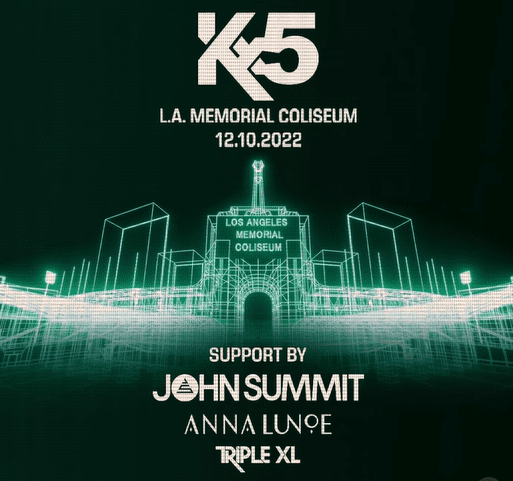