Just yesterday, Insomniac announced its ‘Lost In Dreams‘ music festival in Las Vegas, NV on September 4&5. Now, the Insomniac festival has released its official lineup of future bass and melodic dance music producers who will be able to showcase their skills this September across three unique stages. More than 45 artists will take fans on a journey of reality and fantasy throughout the course of the two-day event.

Since ‘Lost In Dreams’ was first launched back in February of 2021, the brand has been able to put a variety of acts into the spotlight including Kaivon, Crystal Skies, Haywyre, and Danny Olson. With the announcement of Insomniac’s debut ‘Lost In Dreams’ event in Las Vegas, the festival will look to continue to add to its already impressive Sin City footprint. 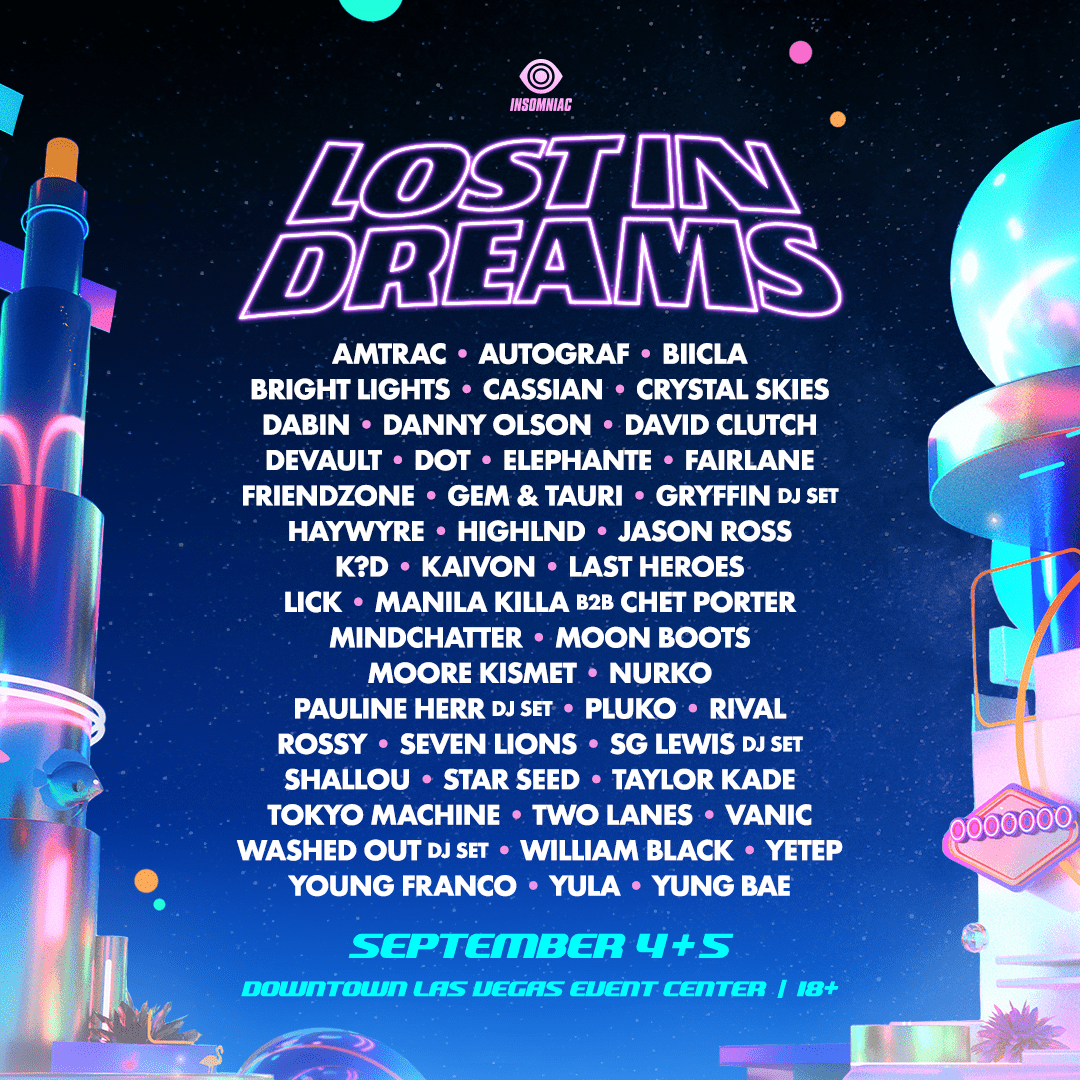