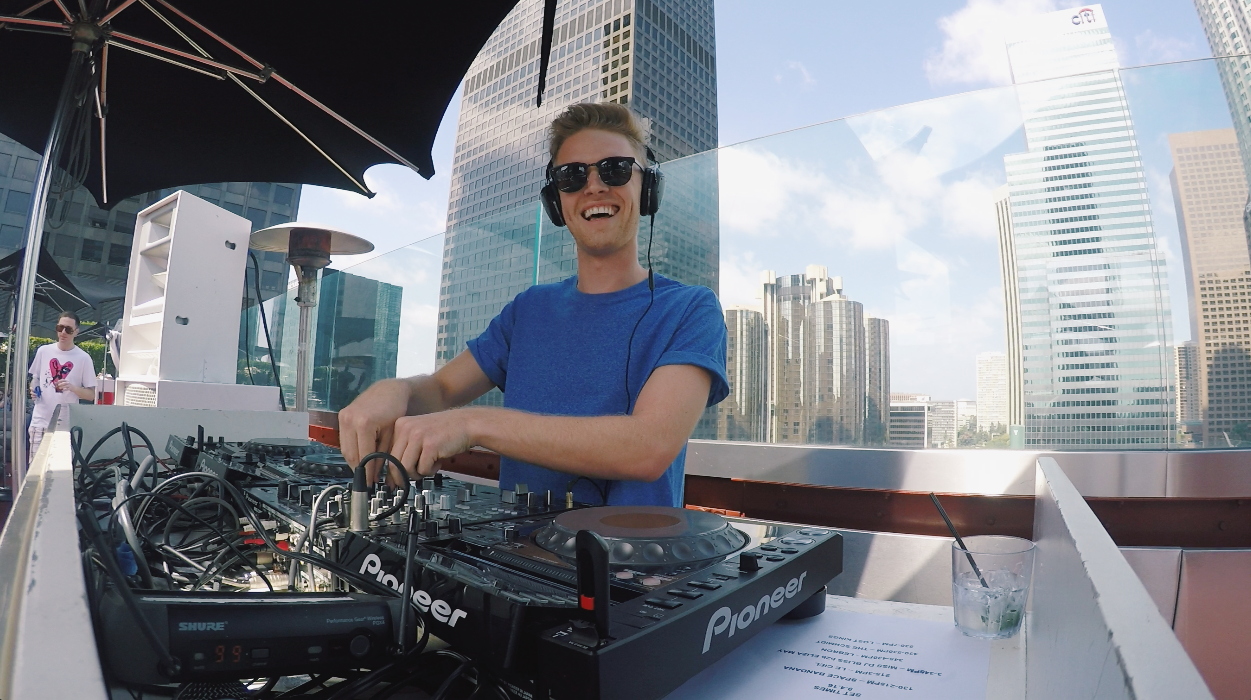 Macco Takes Things Down A Notch with “Slow” [Interview]

In the world of electronic music today, producing is valued much higher than DJing. It’s just a fact, one that Macco has accepted and conquered.

Macco, real name Wesley Ciamacco, grew up in a very musical family who exposed him to multiple different styles early on. After spending some time on the drums, he decided to take up the only method of musical performance that could truly give light to every style of music: DJing. His interest in electronic music actually came after he stepped up to the decks, but soon after it did he was spinning house gigs.

Like many young DJs though, he realized that to get ahead, producing is basically necessary.

Because of this, it may seem like the people who’d rather be DJing are at a disadvantage. However, skilled DJs often make more intelligent and diverse music because of their inherent understanding of style. People who start out producing usually find a style they like and stick to it. A great DJ has to understand all types of music, and they apply that knowledge to their productions.

Such is the case with Diplo, the Gaslamp Killer, and up-and-coming artist Macco. Ciamacco describes himself as a house producer, yet his new track “Slow” with Becca Esopenko is a smooth future R&B cut.

“Im not going to put myself in a bubble of only house music; I make what I feel that day,” Ciamacco said.

Listen to “Slow” by Macco and check our interview with him below.

HL: Who are some artists you emulate and why?

WC: I would say the closest artist my unreleased music emulates would be along the lines of Malaa, but of course with my own sound. As I mentioned, a lot of my tunes coming in the future will be more house-style-based and more dance-y. I think I emulate Malaa because the sound Im going for is somewhere in between Deep House, G house, and ‘Bass’ House. I also have music coming that is still house music but sounds a little less heavy and a little more melodic; always good to change it up!

HL: Where do you draw inspiration from when writing new material?

WC: Sometimes it’s the smallest things that will spark inspiration for me. Sometimes it will be hearing songs that I haven’t heard before in different genres or even just hearing songs at slower bpm’s. Recently, slower funkier songs have really got me groovin and get me inspired to make my basslines as funky as I can get them to be. Even listening to older songs I love will get me inspired to get into the writing process. Going to shows is also something that really gets me excited to start something new.

HL: How would you describe the music you make?

WC: The music that I make is in between G-House/Deep House and Bass House. I always try to keep funky basslines in my music as well as kick drums that will keep the crowd dancin’. If a song is a more melodic, nice vibe and less heavy I will for sure always try to keep a big kick drum in there; there’s just nothing quite like being at a live show and feeling a good kick drum when you’re dancing with all of your friends. There are times I will also sit down and maybe write something darker without the 4-on-the-floor vibe to it.

HL: What do you hope to accomplish with your project, Macco?

WC: Macco is a new project for me. With my last project, I was new to production and I think I was just excited about it and once my songs were getting better, I just wanted to put them out. While thats not a bad thing, my music has just gotten much better and it was time for a fresh start! I aim to have people have a great time on the dancefloor when I DJ. I want to make music that has some of the roots of house music in it, but with my own style that is relevant and goes off at a show, house party, or wherever. I also want to make songs that will last though, and that people will connect with for more than a few months when they are out partying. I just make songs that I like.

WC: I loved working with Becca. Becca and I were already friends before we worked on this song so it was comfortable for me to work on it with her. We had grabbed lunch one day and talked about the type of music we liked and we both liked the idea of a heavier sound with a nice female vocal. I was so inspired when I got home to work on this and it came out just as we wanted it. She absolutely killed the writing and the vocals. I had no idea how she was going to write something to this song at first, but when we finally met up to record, it was everything we wanted and I was so stoked. I think working with vocalists can bring songs to life and they have such a cool process of writing lyrics to songs. I honestly am not the best at writing for vocals compared to producing, so I give a lot of credit to people who write melodies for vocals as well as lyrics on tracks. Vocalists can also have much different ideas for a track than I may have so it’s always good to get fresh ideas on the table.

HL: Is “Slow” a part of a bigger release? Do you have anything else coming up?

WC: I’ll be putting out more dance-y tracks, more along the lines of House music. I have a song right now which Im trying to figure out who to get on. It’s more of the vibe of ‘Slow’ but has more swing to it. I have a lot of new music that I’m piling up right now that I’m very excited to show everyone.