Damn Diplo… Back at it again with the big names!

Today, Mad Decent Block Party announced a 2016 lineup that has the online EDM community in shock. Starting this July, the 13-city tour will head out for 15 summer shows across the United States. This year, the roster of talent includes some of dance music’s most sought after artists such as, Kaskade, Dillon Francis, Tiesto, DJ Snake, and of course Diplo himself. But that’s not all, Galantis, GRiZ, Tchami, Baauer, Keys N Krates, and even rising stars like Alison Wonderland, Marshmello, and Tropkillaz.

However, standing out the most on the lineup is Ke$ha, whose recent controversy regarding accusations she had made against her producer Dr. Luke forced the singer to restrict her production of new music and performances. As always, the tour will have some hip-hop presence as well, with rappers like Torey Lanez, Lil Dicky, Rich The Kid, and D.R.A.M. set to appear. 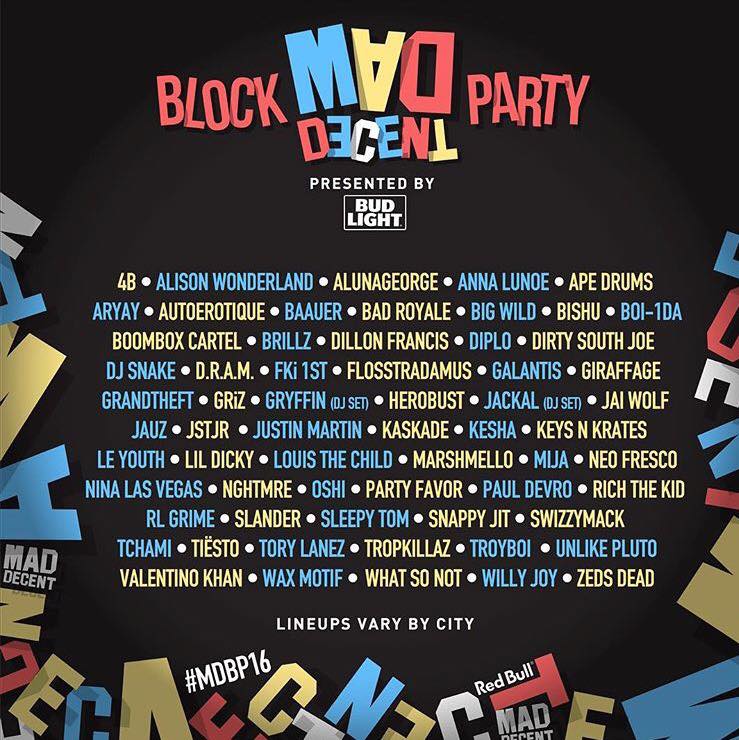 The full lineup shows the artists that may appear across the tour, as each city’s lineup will vary. The corresponding Facebook event pages are releasing their respective lineups gradually. Tickets are on sale now, and will surely sell out as each date approaches. In the meantime, check out the 2016 Official  Trailer below:

The Most Impressive London Restaurants with a View