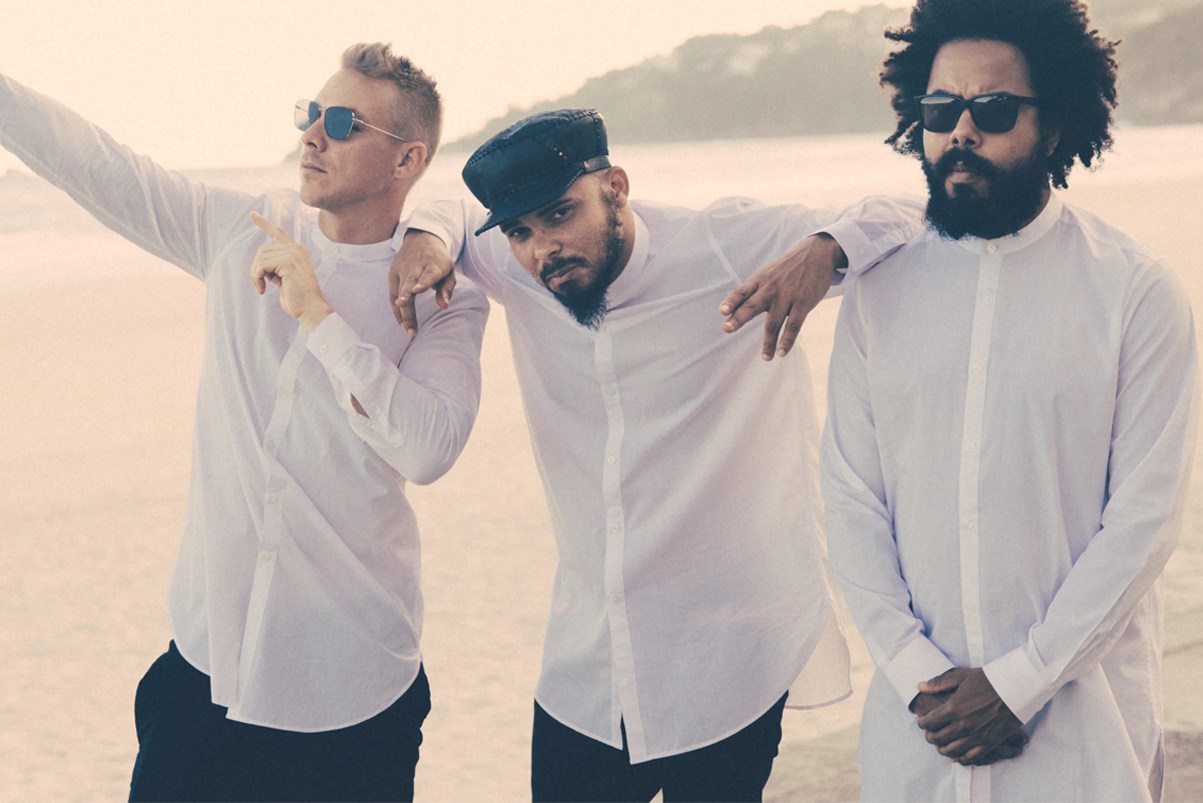 It may come as a surprise, but Major Lazer is a project with roots that go back almost 50 years. Now that doesn’t mean Diplo inherited this music project from his parents, one of whom inherited it from their parents. It means that even though Major Lazer’s catapult into the spotlight was framed by the rise of EDM, it’s a project that pays homage to a style of music and performance that came about long before electronic music existed.

To most people, a Major Lazer show is probably just Diplo doing a DJ set with some dancers and some friends, one of whom is named Walshy Fire who does the announcing instead of Diplo. If that were the case, Diplo wouldn’t have had this to say in regards to Major Lazer’s performance at Coachella.

“This is our third time playing Coachella, and our first at Main Stage; which is cool for something as weird as Major Lazer is.”

Diplo has been quite vocal about how lame he thinks EDM is and how the lame the culture is surrounding it, but DJing is what made his career. If Major Lazer was just a DJ set with a different flavor, it’s doubtful he would think it’s “weird” to be at Main Stage. Especially because another DJ was set to close a couple hours later.

No, (I think) the reason he was calling it “weird” was because Diplo has simeltaneously been reviving a style of performance that is almost never seen and giving people a hip-hop history lesson every time Major Lazer takes the stage.

Now that ‘The Get Down’ is on Netflix, everyone with an account has the ability discover that DJ’s were the conductors of hip-hop culture and not the rappers. The rappers were there to hype up what the DJ was doing.

Major Lazer demonstrates the precursor to this idea, we just have to back up some years before hip-hop culture began to sprout in America, and take a trip to Jamaica.

Similar to the battles DJ crews would have in the Bronx, crews on the streets of Kingston would try to find the biggest sound systems they could get their hands on and “battle” each other by seeing who could play dancehall records the loudest and get the party going.

Two key differences were the type of music being played and instead of having rappers, these soundsystem crews had toasters.

Being that this was Jamaica in the 70’s, reggae was still very popular but it’s not the best music for battling. As a result, these crews would play dance hall records instead. This kind of music has a similar ethnic-island vibe as reggae, but its faster and uses more aggressive vocals as well as a much more prominent beat.

Toasters are different from rappers because of the lack of restrictions on what they were “supposed” to do. Rhyming wasn’t condemned by the toasters as they were some of originators of the art of rapping, but unlike rappers, rhyming wasn’t required. More importantly, neither was a deep spiritual meaning that many hip-hop heads look for in their rap. The toaster’s job was simply to get the crowd involved; get people moving and cheering for the DJ and for the music.

Hop on the time machine back to today, and it becomes clear that Major Lazer is a soundsystem crew. Diplo and Jillionaire are the selectors or “selectahs”, Walshy Fire is the toaster, and the music they put out largely reflects dancehall with some modern influence.

All this history may not matter to the thousands upon thousands of Major Lazer fans who fell in love with “Lean On”, but in all honesty, it should because by bringing an old tradition into modern times like that, Major Lazer is reinforcing the fact that music is an avenue for true cultural exploration.

When Diplo and Switch first formed Major Lazer back in 2008, they were obviously interested in music from Jamaica and other countries within that region, but I don’t think they would have dedicated an entire new act to such music if the culture surrounding it didn’t peak their interest as well.

I’m not a mind reader and I don’t have quotes from either of them on this topic, but music in its universal accessibility is one of the most common ways to become consumed in a culture, and many other musicians have done just that. Here are a few.

Although there may not initially seem like this track has anything in common with Major Lazer other than the fact that Major Lazer has produced house, Marco Carola has similarly used music as an avenue for cultural exploration by harnessing the power of percussion instruments. Carola himself is from Italy, but his music largely reflects an interested in Latin music. Just like house, Latin dance music is fueled by a variety of drums instead of a standard drum kit, and this track represents just how well those drums can work together.

It might come as a surprise, but dubstep is another genre that is heavily rooted in reggae and other such music. This guy Joey iLLah isn’t using dubstep as a means to introduce his fans to Jamaican culture, but he does understand the deeper connections in the music he’s making which applies to his house, his glitch hop and whatever else he decides to make. Oh and FYI this track isn’t a Skrillex remix. Skrillex’s track with Damian Marley is called “Make It Bun Dem.”

One of the ways Major Lazer has retained it’s cultural identity is by working with artists with roots in Jamaica and the surrounding region. Walshy Fire is partly Jamaican. Jillionaire is from Trinidad. But the work Major Lazer does with artists from that part of the world doesn’t stop there. One frequent collaborator of Major Lazer is Machel Montano. A legend in his own right, Montano has brought his authentic dancehall style to multiple Major Lazer productions including “Sound Bang” and “All My Love”, so pretty much every true fan of Major Lazer have already heard plenty of him.

Another frequent collaborator of Major Lazer, Elliphant’s transformation from Swedish teenager to dignified toaster was unconventional to say the least. Considering she was born in Stockholm, the chances that she would be come a techno or house producer are much higher than the chances she would be a versatile vocalist. However, she spent a trip in London becoming infused into the underground and urban sounds of U.K., one of which is dubstep. Dubstep is a U.K. artform and as I previously stated, was heavily influenced by reggae and dancehall. Instead of learning to produce the beats though, she mastered the vocal style for dubstep which in turn allowed her to master other styles like grime, DnB, and dancehall. Recently she was featured on Zeds Dead’s new single “Blame”, but she also has quite the impressive catalog of her own.

Major Lazer’s dedication to cultural exploration is what sets them apart from other acts from the electronic spectrum, but there’s no denying that they wouldn’t have gotten big without their ability to appeal to a mainstream audience as well. When you see them live you’ll hear plenty of reggae-influenced tunes, some with customized Major Lazer buildups, but there’s also plenty of trap, hip-hop and other bass heavy style of music with notable features. Ganz is a producer with a very unique take on those kinds of trap, hip-hop, and bass heavy styles of music. His Gao Ep has a little of everything.